How can Ukraine spread its wings in Indian skies

Ukraine’s Antonov design bureau intends, in cooperation with Ukroboropromom, to launch a joint venture with their Indian partners for manufacturing An-148/158 civil aircraft a civil aircraft Antonov An-148/158 and the newest An-178 cargo plane – bypassing competitors from Russia and Brazil.

The airfield of the state enterprise Antonov near Kyiv welcomed some very important guests just a few days before the Orthodox Easter holidays. The Ukrainian aviators hosted one of the world’s richest people – India’s Anil Ambani, Chairman of the Board of Directors of one of the country’s largest private corporations Reliance ADA Group. He got familiar with the capacities of the Ukrainian aviation industry, held a series of meetings with the National Security and Defense Council officials, as well as the top managers of the state-owned concern Ukroboronprom.

Founded in 1929, Reliance ADA Group is specialized in the implementation of various projects, including in civil and military aviation, construction, infrastructure, energy and the development of hi-tech industry. The company's annual turnover is about $5 billion, net profit over $300 million a year.

Some time ago, Reliance entered the market of air transportation, having created a special corporate division, and is now actively searching for partners willing to share its will to become a regional leader in passenger transportation and cargo delivery. In addition, before the end of this year, Reliance will act as a mediator in the organization of a competition scheduled for the second half of 2016 for the purchase of aircraft for the Indian corporation Hindustan Aeronautics Limited, which deals with re-arming the Indian armed forces and works closely with the country’s Defense Ministry. The exact volume of bidding is a commercial secret, but it is clear at the moment that it will be at least 200 units.

The scale of procurement is evidenced by the fact that among the participants of the tender are the Russian Sukhoi, Brazilian Embraer and Europe’s Airbus. All these companies are traditional participants in the world's major air shows and never miss an opportunity to compete for long-term contracts. But whether they can seal the Indian deal is a big question.

As of today, Ukraine’s Antonov has the most chances to win the announced competition. And it’s the Indian side who talks about with no hesitation or diplomatic antics. Mutual understanding between the Indian and Ukrainian counterparts was reached surprisingly quickly. As everyone familiar with the international business knows, the Asian markets have a peculiarity: sometimes years may pass since the first contact to a real partnership. But this time, everything is exactly the opposite. The first contacts of top managers from Reliance with the leadership of Antonov and Ukroboronprom took place late March 2016, and as early as in the end of April, a large Indian delegation was already assessing characteristics of Antonov aircraft at their home airfield. 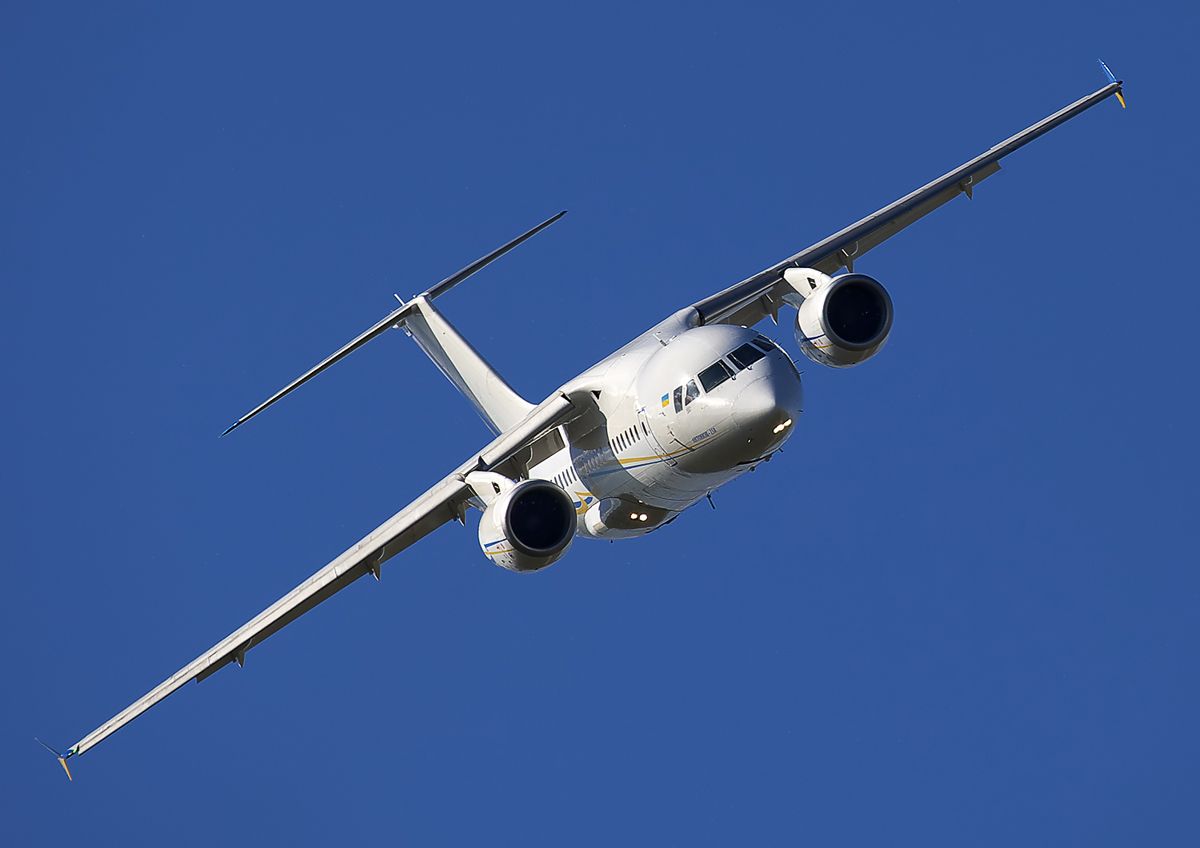 An-158 performs a demonstration flight

Moreover, while the Ukrainian pilots were just completing demonstration flights of a civil An-158 and a military cargo An-178 aircraft, the parties had already signed three important memoranda on the mechanism for further cooperation between the Indian Reliance Defence Limited and Ukrainian state-owned Antonov, Ukroboronprom, and Spetstechnoexport.

Anil Ambani was pleased to note that after just a few weeks of getting in contact, the parties are already talking about strategic partnership, stressing that this partnership is between the SOEs and the private sector, as Reliance ADA Group is a private Indian company.

He also stressed that India has a great potential in the development of civil and cargo air transportation. Mr. Ambani expressed hope that India will soon see “a new Ukraine” – intellectual, well-developed, capable of fruitful cooperation. Calling Ukraine India’s long-standing and reliable partner, the Indian businessman said that this partnership is beneficial to both parties. 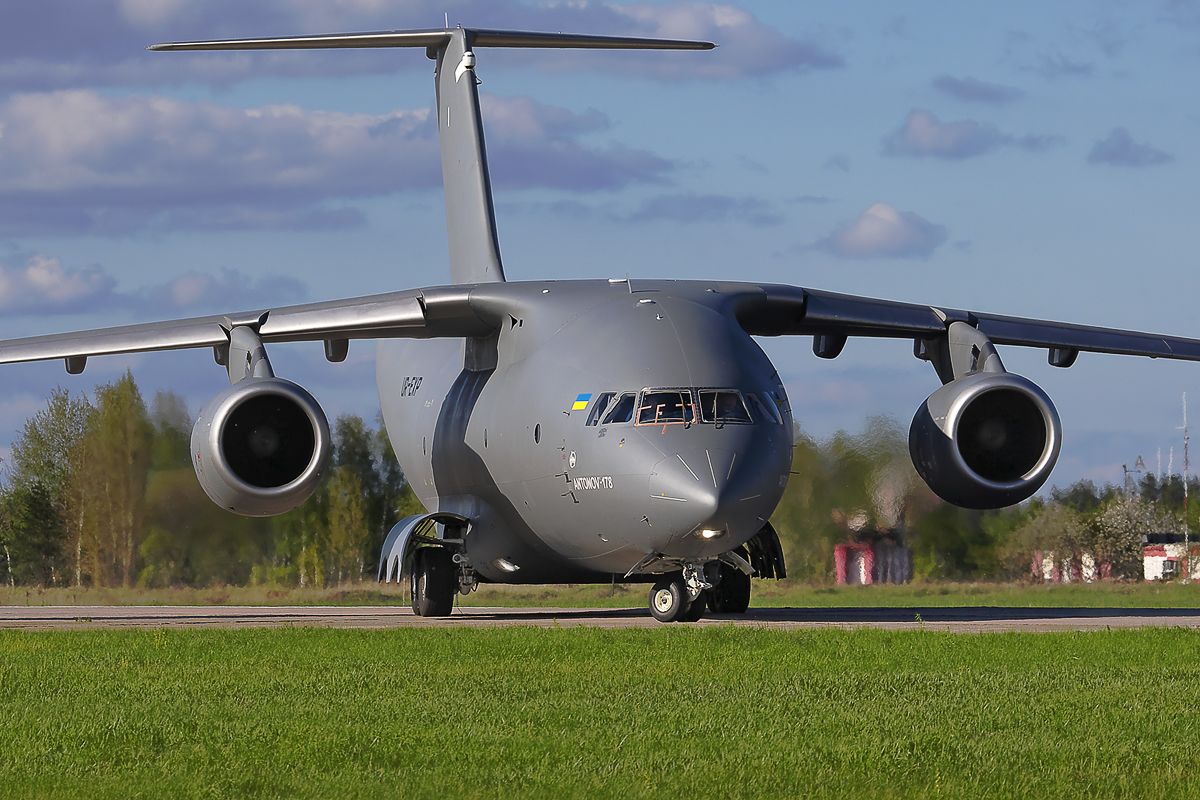 An-178 at the Antonov airfield

For Ukrainians, the declared partnership is not just a matter of interest, it is a potential gold mine, which will not only help maintain own production capacities, but also to export intellectual and technological product with high added value, of which the authorities speak at various investment forums and conferences. Moreover, it is the original, and already certified, branded product, with the excellent record in the Indian market since the 1980’s.

"The visit of the Indian delegation is undoubtedly a landmark event for us,” first deputy secretary of the NSDC Oleg Hladkovskiy has told the reporters. “The documents signed today means orders for enterprises, access to new markets, and new areas of cooperation. We are already talking about the possibility of creating joint ventures, implementing joint projects, and not only in the aviation, but also in the field of modernization of armored vehicles, manufacturing, and marketing of the turbines, as India has been our long-term market in this area."

In turn, head of the state company Spetstechnoexport Pavlo Barbul said that the parties to the joint aviation project with the Indian partners are expected to show the first results before the end of this year. "We know our competitors, we know what we can offer and we understand what we ‘fight for’,” said Pavlo Barbul.

The Ukrainian aviators hope that cooperation with India will be fruitful and long-term, while the Indian project will become another "backbone" project for Antonov – along with the construction of a brand new An-132 cargo aircraft for Saudi Arabia. Antonov’s designers often compare their aircraft with Lego sets: the unique design allows creating various modifications, fully meeting the customers’ technological requirements within their financial capabilities. 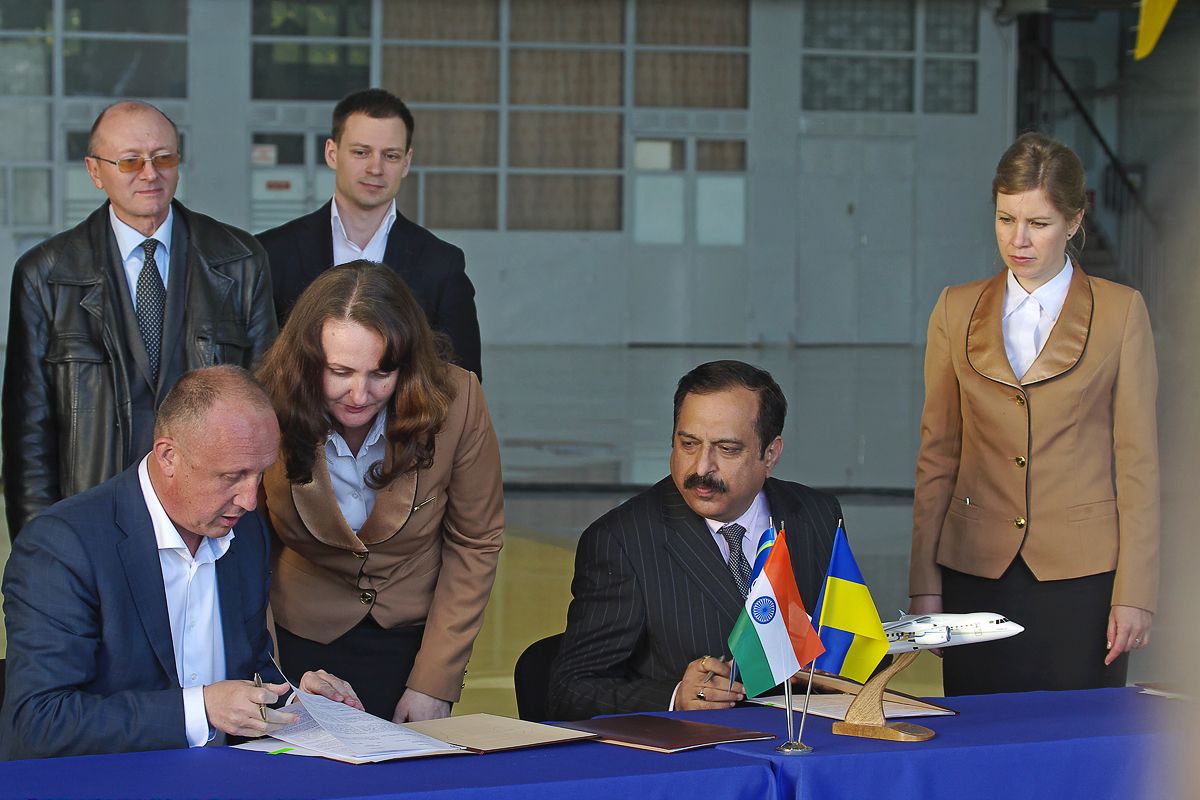 "We assess very positively our chances in the fight for the Indian market. Let's not get ahead of the train, not to "jinx," but we have a great product, and the Indians have already assessed it,” said the Acting President of Antonov, Mykhailo Gvozdev. “Let me note one curious thing: along with An-158 and An-178, we showed to Mr. Ambani our An-225 Mriya. In a few days, it will make a flight to Australia with refueling in India. So, Mr. Ambani has already given all the necessary instructions for our Mriya to be welcomed at a high level with the participation of media. What does this mean? Apparently, it’s about a serious attitude and a hospitable stance to us. I really believe that we will succeed."

And they really can. Modernization of the Indian armed forces alone provides for public spending at about $40 billion a year. Civil transportation market is more significant: the country with a population of almost half a billion people will always enjoy high demand for air services. Moreover, Delhi needs medium-range passenger and cargo aircraft, capable of operating equally well at all airfields of this vast country – from the high mountains in the north to the desert in the south.

Antonov aircraft have already largely covered this demand 30 years ago – both in terms of the price of the aircraft, and flight characteristics. Until now, more than a hundred various An’s are still operating in India, performing different aviation tasks. That's why Indian investors keep looking for cooperation with Ukraine, and not with expensive global giants. 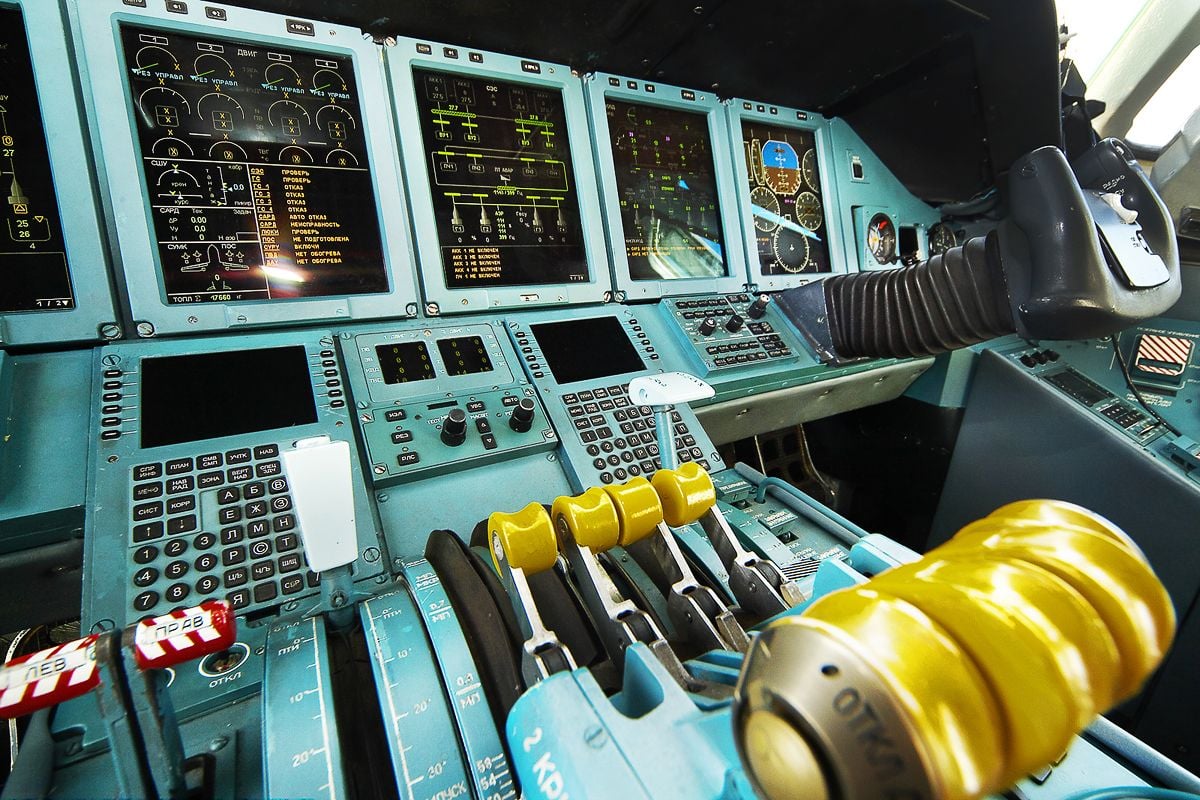 A modernized cabin of An-70

It is clear that in many aspects, the joint work will have to be started over again. Ukraine has lost its position in the Indian aviation market, having lost its share of exports to metallurgists and sunflower oil producers. But it is possible to restore former glory. With a total volume of Ukrainian exports to India barely exceeding half a billion dollars a year, there is much room for growth.

And the Indian partners can help. In the aviation segment, they are willing to share the responsibility - to open a joint production with the Ukrainians in India, leaving the intellectual property with Kyiv, as well as the possibility of post-production aircraft maintenance. For Antonov, who has been producing one or two aircraft annually in the recent years, this will be a considerable cooperation breakthrough. And with real cooperation come the funds for the development of new production.