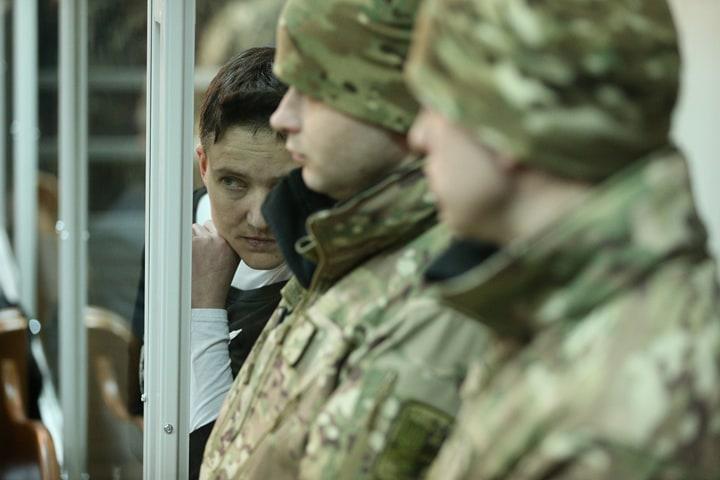 Ukrainian MP Nadiia Savchenko may face up to 15 years in jail or even life imprisonment if she is found guilty on a number of grave charges, including a terror plot and preparing a coup.

Speaking at Kyiv's Shevchenkivsky district court on Friday, the prosecutor of the Main Military Prosecutor's Office, Oleksandr Bannyk, listed the charges pressed against Savchenko, adding that she may face life imprisonment if she is found guilty, Ukrayinska Pravda reports.

At the same hearing, the suspect announced hunger strike, defying all charges, according to an UNIAN correspondent.

Read alsoSavchenko to Ruban discussing terror plot: "I propose a coup. They need to be removed physically - all at once"The Verkhovna Rada of Ukraine on March 22 gave consent to the lifting of parliamentary immunity, detention and arrest of a non-faction MP Nadiia Savchenko.

She is charged with actions aimed at the forcible change or overthrow of the constitutional order or the seizure of state power; commission of a crime by a group of individuals, a group of persons by prior conspiracy, an organized group or a criminal organization; assassination attempt on a state or public figure; terrorist act; creation of a terrorist group or terrorist organization and the illegal handling of weapons, ammunition or explosives.

If you see a spelling error on our site, select it and press Ctrl+Enter
Tags:UkraineinvestigationtrialterrorismSavchenkofoiledcoup