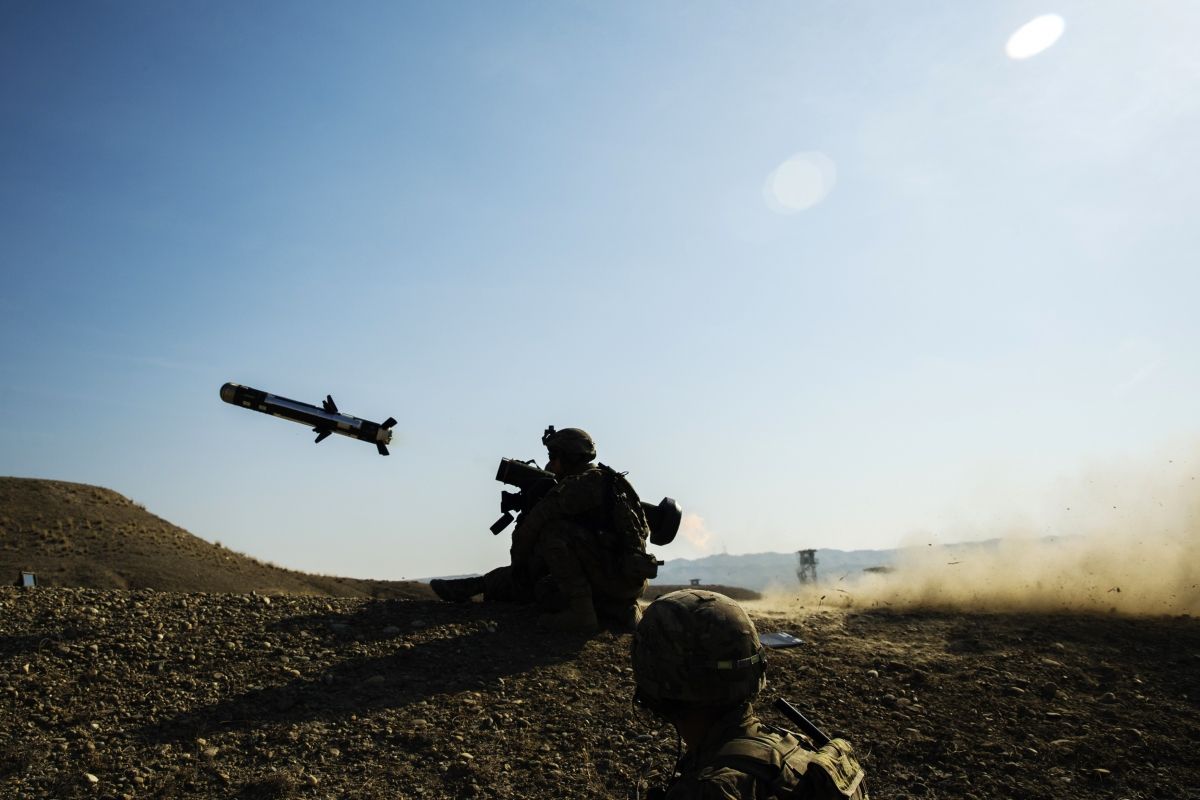 The United States has confirmed to RFE/RL its delivery of American-made, Javelin antitank missile systems to Ukraine in a move that is welcome in Kyiv but will almost certainly enrage Moscow amid a four-year conflict that pits Russia-backed separatists against Ukrainian national troops.

"They have already been delivered," a U.S. State Department official confirmed on April 30 in response to an RFE/RL query on the handover of Javelins.

A shipment of lethal aid would appear to deepen U.S. involvement in the conflict and mark at least a symbolic victory for Ukraine in its effort to maintain Western backing in the ongoing conflict.

After months of heated debate in Washington and, reportedly, much reluctance on the part of U.S. President Donald Trump, the White House was said to have approved the Javelin sale in December.

That announcement sparked a sharp rebuke from Moscow, with Russian Deputy Foreign Minister Sergei Ryabkov accusing the United States of "fomenting a war."

Read alsoU.S. senator visits Donbas, says Ukraine to get sniper weapon systems – mediaTwo sources who wished to remain anonymous as they were not authorized to speak publicly about it -- one in Ukraine and the other in the United States -- confirmed the Javelin deliveries to RFE/RL ahead of the State Department announcement.

Neither disclosed when the missile systems arrived in Ukraine, whether all the promised missiles and launchers had been sent or where they were being stored; or whether Ukraine’s military had begun training on Javelins. But one of the sources added that the Javelins were delivered “on time.”

The State Department provided no details beyond the confirmation of the delivery.

Kyiv and Western governments say Moscow has armed and coordinated Ukrainian separatists as well as provided Russian fighters to help wrest control of swaths of territory that border Russia since Moscow seized Crimea from Ukraine in March 2014.

Read alsoJoint Forces Operation kicks off in DonbasUkrainian President Petro Poroshenko has lobbied hard to Western officials for more weapons, in addition to limited supplies of nonlethal aid from Washington and European allies so far and U.S. approval of commercial weapons sales.

If you see a spelling error on our site, select it and press Ctrl+Enter
Tags:DonbasPoroshenkoUkraineUSARussianAggressionlethalaidhybridwargeopoliticsJavelins