The French diplomat called for the development of a plan for organizing local elections in eastern Ukraine in the most peaceful conditions possible. 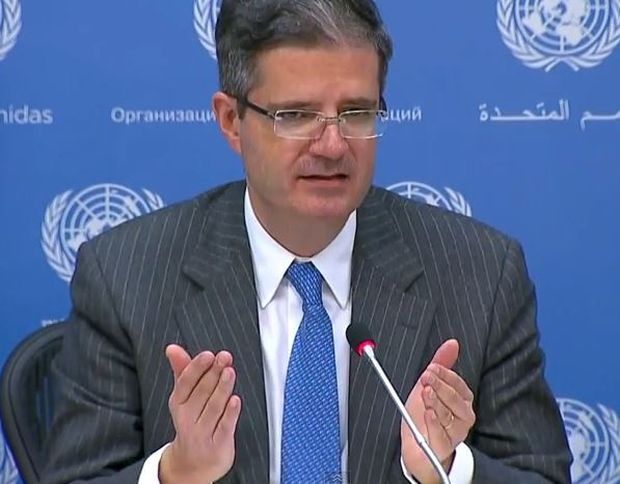 The regulatory and legal framework for holding local elections in certain areas of Donetsk and Luhansk regions, temporarily occupied by Russian militants, needs to be finalized, according to Francois Delattre, France's Permanent Representative to the United Nations.

The diplomat announced a joint statement from the two countries, participants in the Normandy format - France and Germany, speaking at the UN Security Council meeting in New York May 29, an UNIAN correspondent reports.

In particular, he stressed that the long-term settlement in Donbas will depend on the political and economic measures to be implemented.

He noted "the significant progress that the Ukrainian government has made in the last three years in terms of political agreements within the framework of Minsk accords, but it is necessary to finalize the regulatory and legal framework for holding local elections in certain areas of Donetsk and Luhansk regions, and to develop a plan for their organization in the most peaceful conditions," Delattre said.

Read alsoU.S. Envoy to UN: No doubt Russia driving Ukraine conflictHe added that France and Germany were taking the initiative to implement concrete measures to improve life conditions in Donbas, and in particular, to guarantee the right to pensions and send a mission of environmental experts.

The ambassador stated that both countries would continue to support the population of Donbas affected by the conflict in the east of Ukraine, as well as the annexation of Crimea.

"Our efforts within the Normandy format are an expression of our desire to ease the suffering of the population and lay a solid foundation for sustainable peace throughout the European continent," Delattre said.

If you see a spelling error on our site, select it and press Ctrl+Enter
Tags:DonbasUkraineFranceUnitedNationselectionsGermanyNormandyformat