It was the Russian FSB who orchestrated Zakharchenko's killing, the official says. 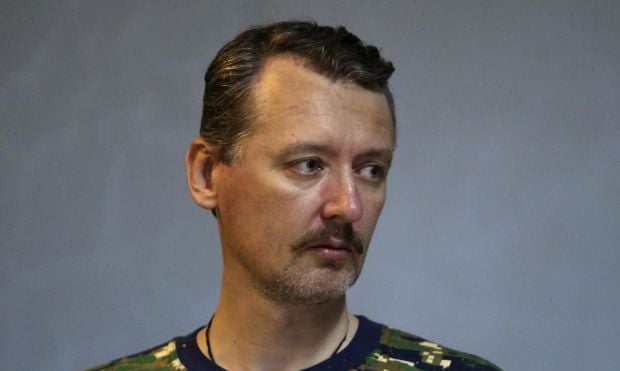 Representative of the Main Intelligence Directorate of the Ministry of Defense of Ukraine Vadym Skibitsky says the Kremlin is preparing to replace the recently assassinated so-called "leader" of the self-proclaimed "Donetsk People's Republic" ("DPR") Alexander Zakharchenko with Igor Girkin aka Strelkov.

"According to the military intelligence of Ukraine, the FSB is directly behind Zakharchenko's assassination," Skibitsky told TV Channel 5.

According to the intelligence official, Moscow is considering the possibility of returning the former terrorist leader, Russian Igor Girkin, back to eastern Ukraine to have him "lead" the occupied territories.

Alexander Zakharchenko was killed on August 31 in an explosion in a Donetsk restaurant.

As UNIAN reported earlier, a Ukrainian military expert Oleksandr Kovalenko wrote in an op-ed on the Information Resistance website that Igor Girkin aka Strelkov, the long-forgotten "hero" of the failed "Novorossia" project, who has been sharply criticizing the Russian government and the Kremlin's policy on Donbas (without any consequences, which is important to note) ever since he fled eastern Ukraine for Moscow, may see a sharp "career turn" soon.

In a rather dramatic twist, the "retired" FSB Colonel and infamous terrorist could be returned to the occupied territories in Donbas.

Girkin is an "FSB guy," the expert wrote, adding that now it is the moment the FSB sees it possible, and necessary, to promote him to succeed the late Zakharchenko.

Girkin may also be put forward in the Donbas political arena as a kind of a "third" force with a hint of a "gray cardinal," a moderator.

If you see a spelling error on our site, select it and press Ctrl+Enter
Tags:RussiaDonbasassassinationFSBZakharchenkosuccessorGirkinStrelkov