Crimea has been and will be a destination for Medvedchuk's vacation. 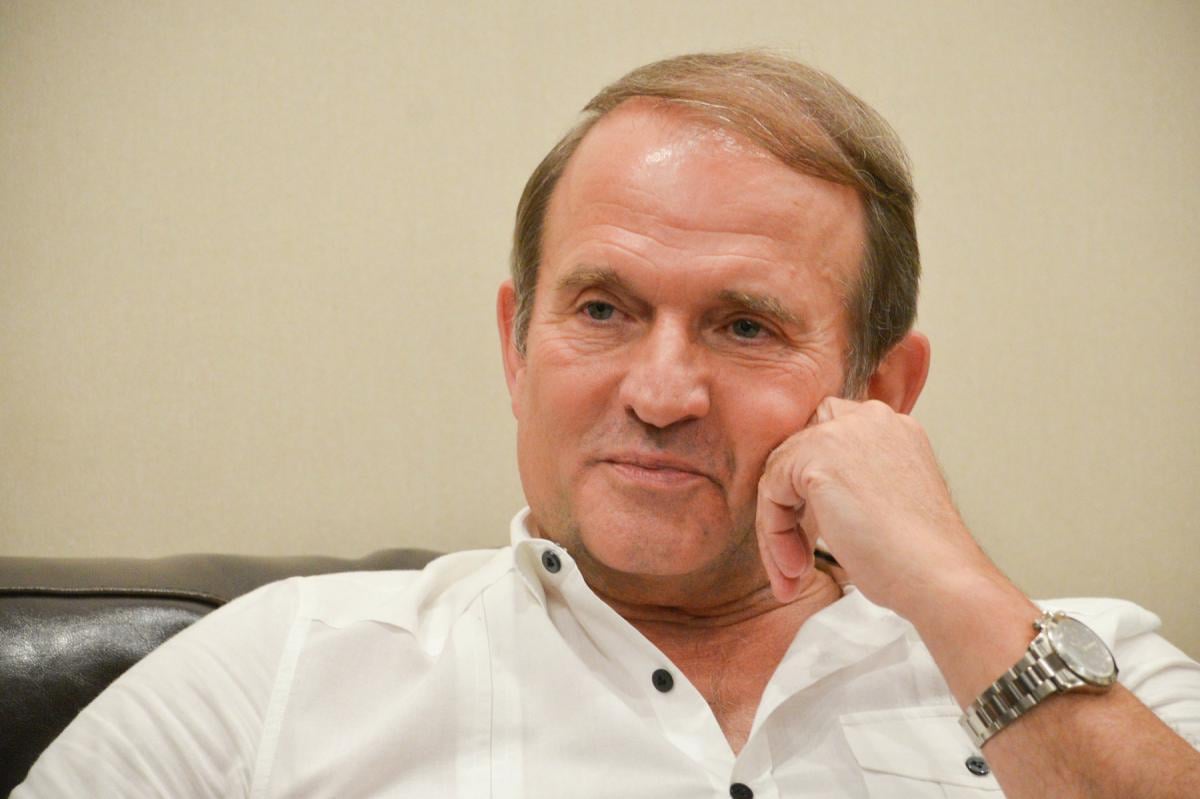 Medvedchuk counts Putin as godfather to his daughter / Photo from vybor.ua

Former lawyer, politician and businessman Viktor Medvedchuk, who is considered to be Russian President Vladimir Putin's best friend in Ukraine and who counts Putin as godfather to his daughter, has reiterated he does not think that Russia is an aggressor country.

"I don't consider Russia to be an aggressor," he told on Russia's TV Center channel on Saturday, October 6.

"When I say that I do not consider Russia an aggressor, it's not just a cliché because I travel to Moscow, hold talks and I have many friends there. I say so because I think this is an objective truth," he said.

He also mentioned findings of public opinion polls about Ukrainians' attitude to Russia, without naming the organizations that conducted the polls.

"I am among those 47% who treat Russia well and very well. Therefore, the term 'aggressor' sounds to me as a propaganda cliché, but not a reality at all," Medvedchuk said.

When asked whether he considers Crimea to be part of Ukraine or Russia, Medvedchuk replied: "According to the current legislation of Ukraine, Crimea is Ukraine. Unfortunately, it is now Russia de facto."

However, he said, Crimea has been and will be a destination for his vacation: "Crimea is the place where I have spent and will spend my vacation. It's no secret – I was there last and this year, and will go there again."

As was reported earlier, Medvedchuk stated that Putin considered Donbas to be the territory of Ukraine, and it could be possible to agree on the return of the uncontrolled territory to Kyiv on terms of broad autonomy.

On January 18, 2018, the Verkhovna Rada, Ukraine's parliament, adopted a law on the reintegration of Donbas, which recognizes Russia to be an aggressor and occupying state.

If you see a spelling error on our site, select it and press Ctrl+Enter
Tags:RussiaPutinMedvedchuk