Russia's behavior was what had prompted Washington to impose sanctions on this country in the past, according to Bolton. 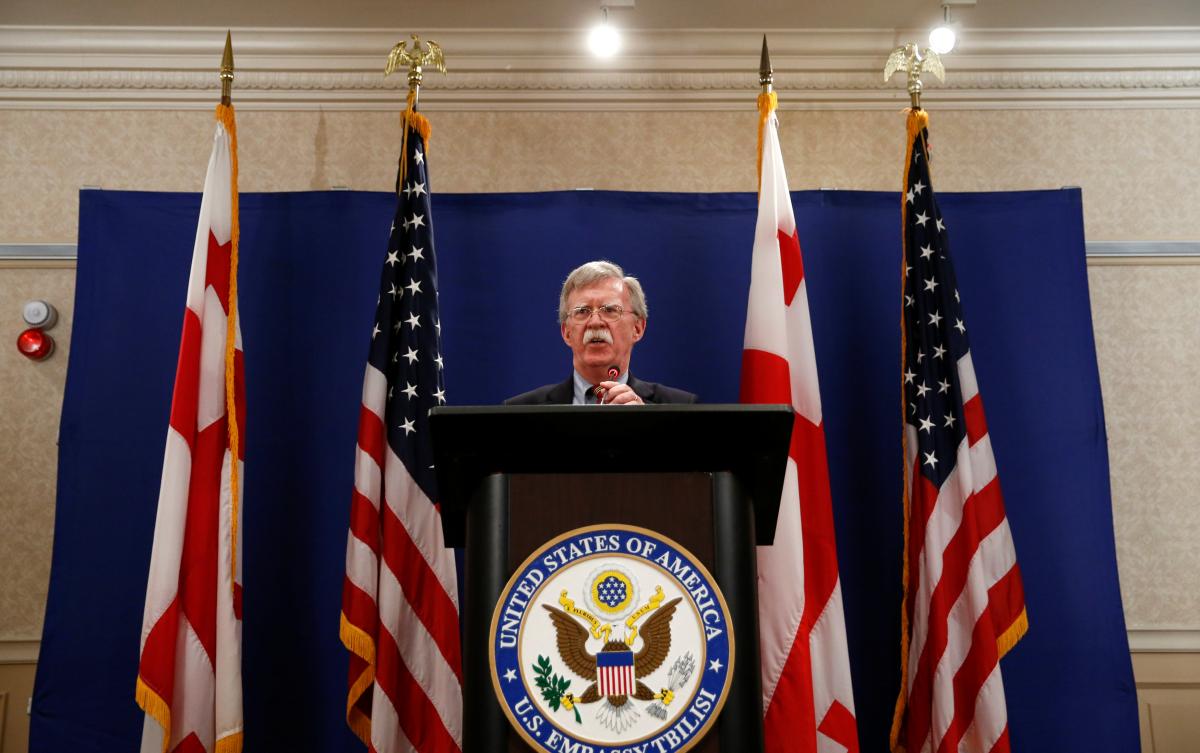 U.S. National Security Advisor John Bolton said on Friday it would be helpful if Russia got out of Ukraine’s Crimea and eastern Ukraine, stopped meddling in U.S. elections, and was less intrusive in the Middle East.

Bolton made the comments in an interview with Reuters in Tbilisi, the capital of ex-Soviet Georgia, where he was holding talks with senior government officials.

“It will be helpful if they (the Russians) stop interfering in our election ... get out of Crimea and the Donbass in Ukraine ... stop using illegal chemical weapons to conduct assassination attempts against Russian exiles in the West, and if they would be less intrusive in the Middle East,” said Bolton.

Such behavior was what had prompted Washington to impose sanctions on Russia in the past, he said, saying U.S. officials were in the process of deciding whether to impose more sanctions on Moscow.

If you see a spelling error on our site, select it and press Ctrl+Enter
Tags:RussiaCrimeaDonbasUSAmeddlinginterferenceBolton