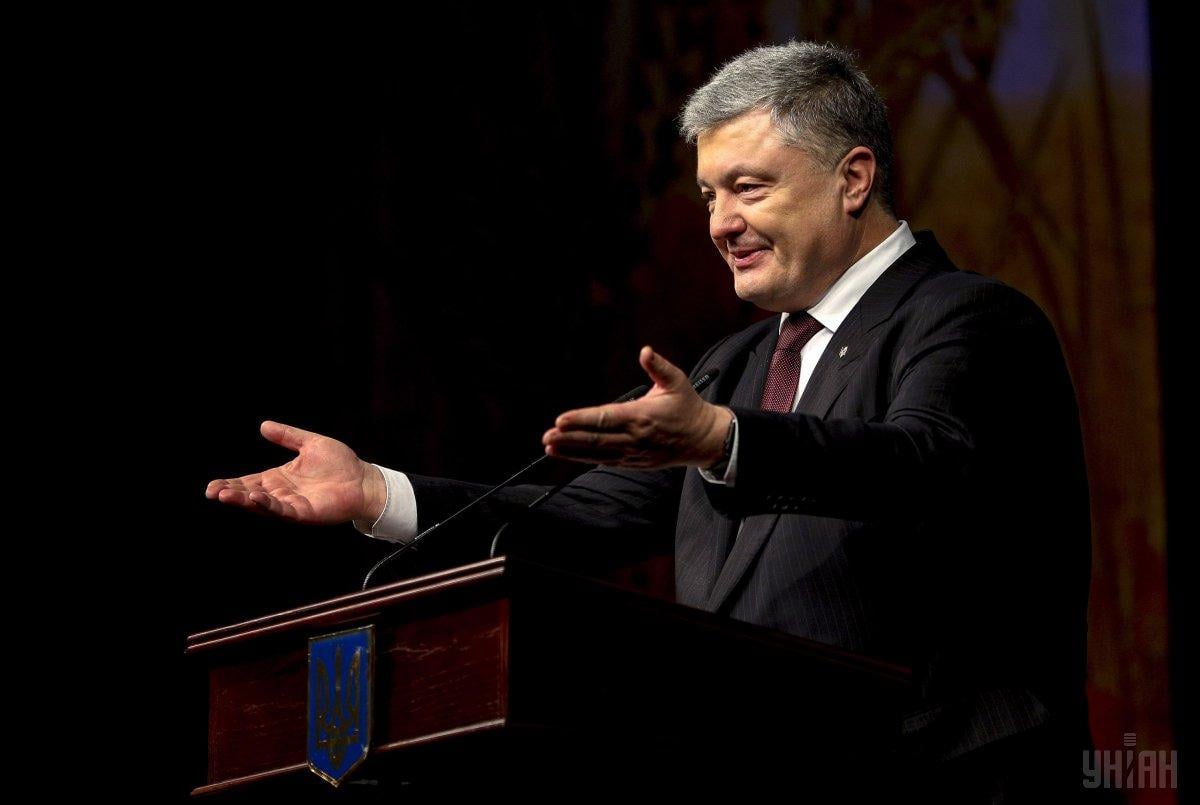 Ukrainian President Petro Poroshenko has rescheduled a date when he is to announce his plans to run for the second presidential term as the previously selected date coincided with head of the Batkivshchyna (Fatherland) Party Yulia Tymoshenko's event.

Read alsoEx-chief of Ukraine's SBU Smeshko to run for president

Poroshenko was originally planning his announcement on January 22, according to the Ukrayinska Pravda Telegram channel.

"But Yulia Tymoshenko has invited Ukrainians to 'join hands and build a chain of unity' on this day [Ukraine marks Unity Day on January 22]. Therefore, Poroshenko's team is choosing another date for the official announcement," it said.

"Petro Oleksiiovych [Poroshenko] will reportedly announce his plans to run for president in early February – either on February 7 or on February 8," it said.

If you see a spelling error on our site, select it and press Ctrl+Enter
Tags:PoroshenkoUkraineTymoshenkopresidencyunityday