Document signed by Kuchma in Minsk posted on network (Photo)

A photocopy of the letter appeared on the network on October 2. 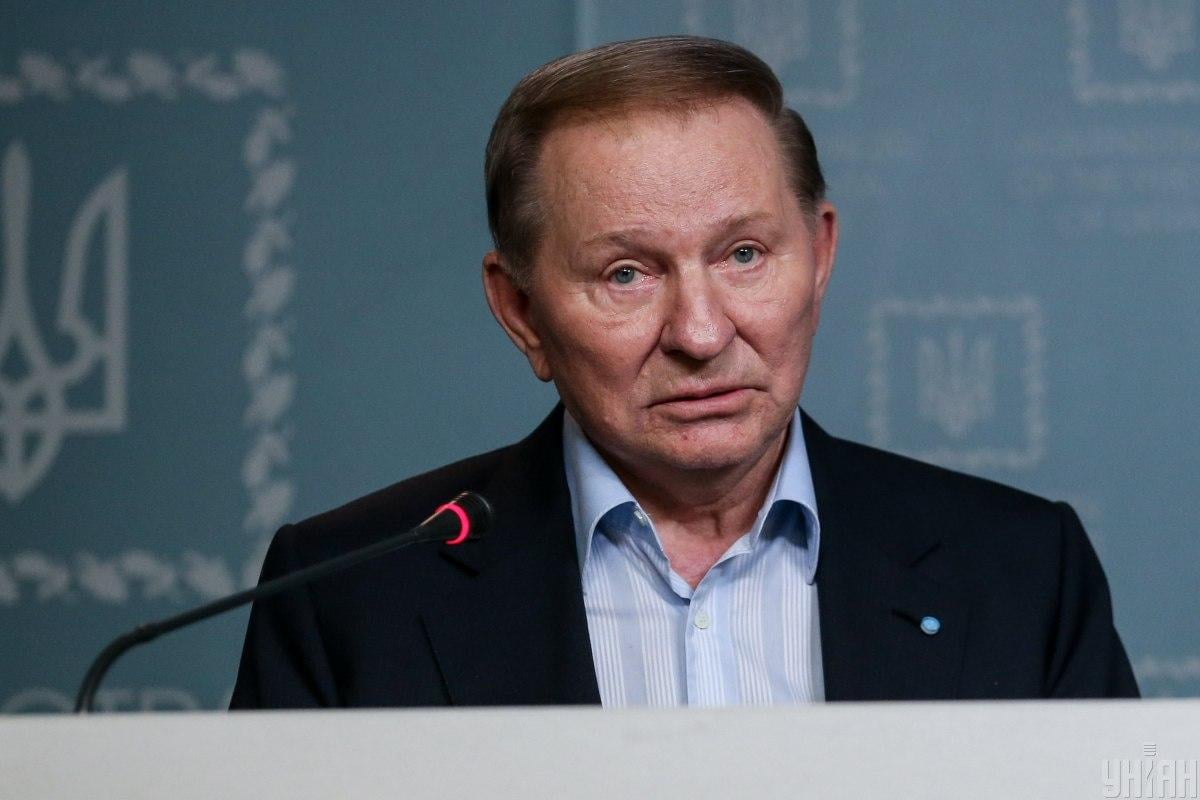 Former Ukrainian President and Ukraine's envoy to the Trilateral Contact Group (TCG) at the Minsk talks on Donbas Leonid Kuchma has written a letter in response to a request by Special Representative of the OSCE Chairperson-in-Office in Ukraine and in the TCG, Ambassador Martin Sajdik regarding the harmonization of the text of the implementation of the so-called "Steinmeier formula" in Ukrainian legislation.

According to the letter posted by Kuchma's press secretary Darka Olifer, Ukraine agrees to hold snap elections in certain districts of Donetsk and Luhansk regions. The document will be temporarily valid until the final report by the OSCE Office for Democratic Institutions and Human Rights (ODIHR)'s mission is published.

"The document [law] comes into force at 20:00 local time on the day of voting at the extraordinary local elections in certain districts of Donetsk and Luhansk regions, which are appointed and held in accordance with the Constitution and a special law governing snap elections in the said areas. It will be valid on a temporary basis until the date of the publication of the final report by the OSCE ODIHR Election Observation Mission – in line with established practice of the OSCE/ODIHR – on the general compliance of snap elections with the OSCE standards and international standards for democratic elections, as well as Ukrainian legislation, which provides an answer to the question agreed in the Normandy format, approved by the TCG and sent by Ukraine in its invitation letter and under the OSCE Chairmanship to the ODIHR Director," reads the letter.

If the OSCE ODIHR recognizes local elections in the occupied territories as being consistent with international standards and Ukrainian law, the law will be valid permanently. 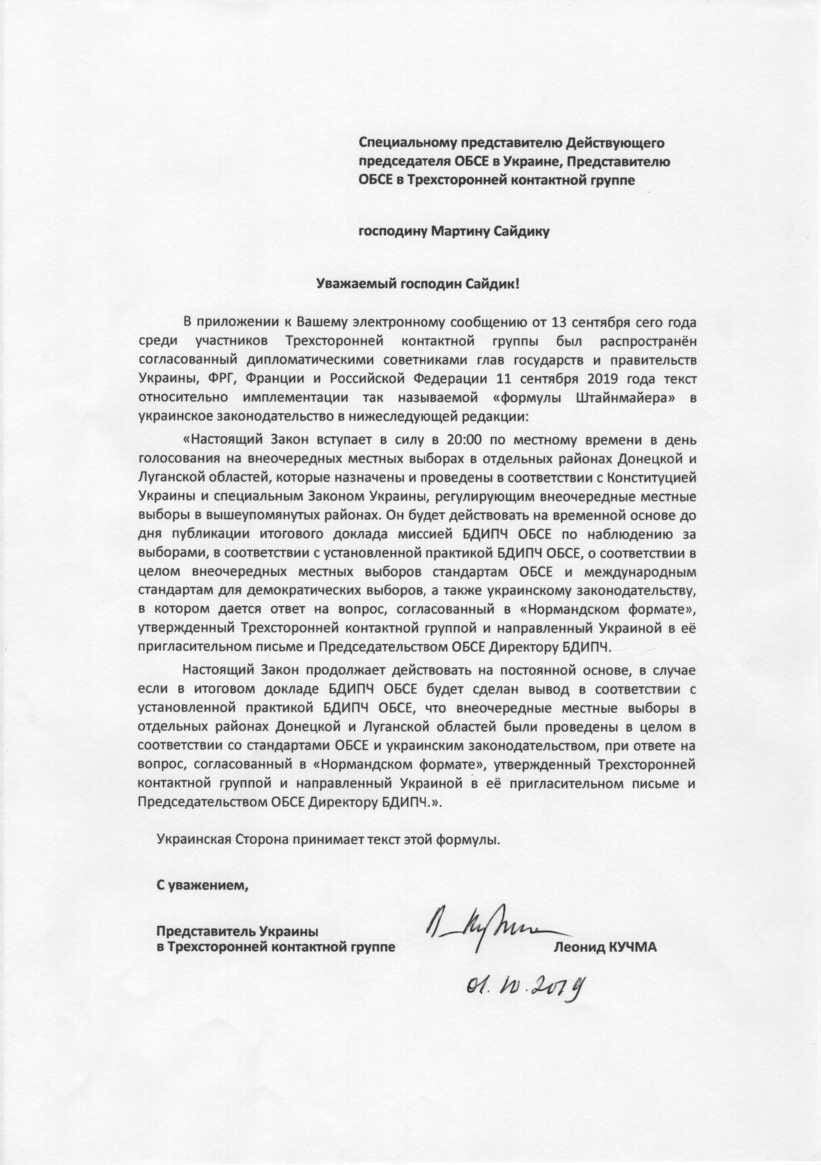 If you see a spelling error on our site, select it and press Ctrl+Enter
Tags:OSCEDonetskletterKuchma