Pence said that had he never discussed the Bidens with Zelensky. 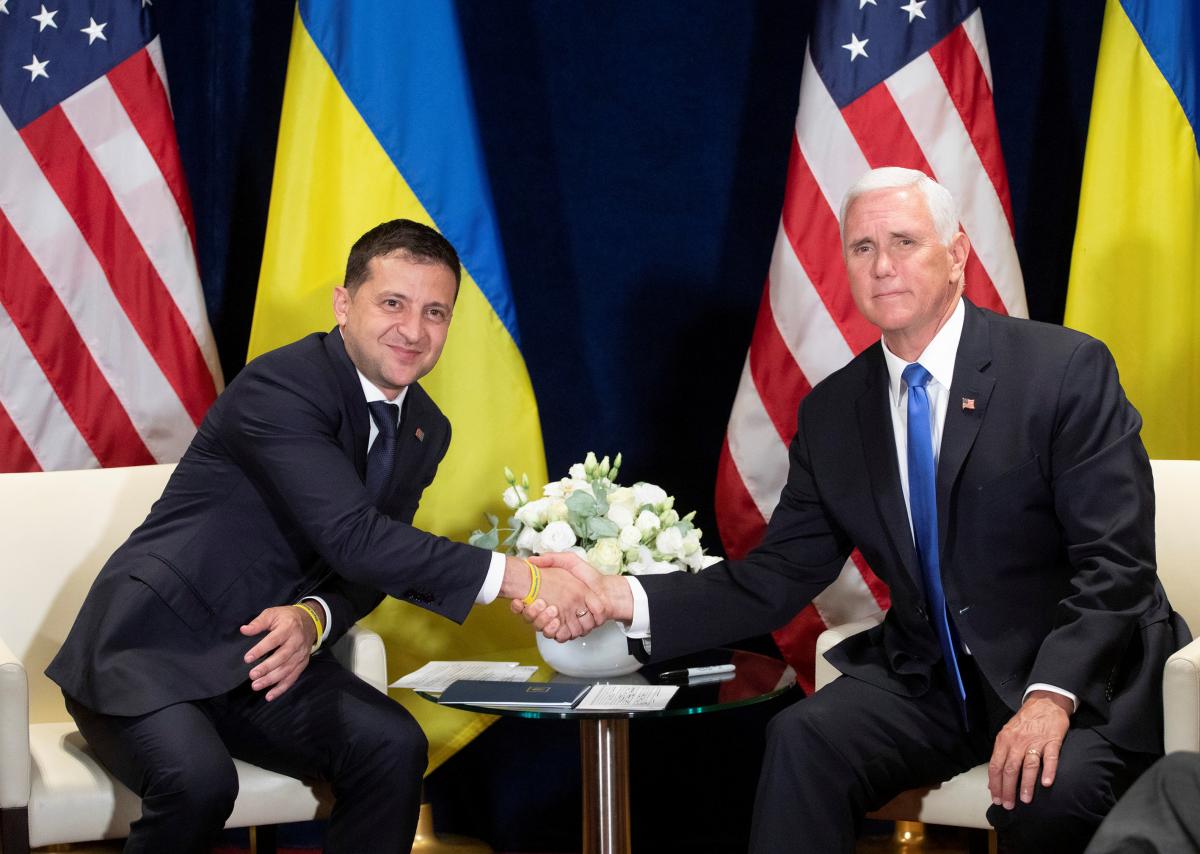 U.S. Vice President Mike Pence said on Wednesday that he was working to release transcripts of his phone calls with President Volodymyr Zelensky of Ukraine, but he avoided answering directly whether he knew of any moves by the Trump administration to get Ukraine to investigate the Biden family.

House Democrats formally requested a transcript of a call between Pence and Zelensky, along with a trove of other documents, in a letter to the vice president on Friday, POLITICO wrote.

Speaking with reporters after an event in Waukee, Iowa, with Sen. Joni Ernst (R-Iowa), Pence said he didn't mind making public his communications with Zelensky, even as President Donald Trump faces an impeachment inquiry over comments he made in a phone call with the Ukrainian leader. Trump asked Zelensky in July to investigate former Vice President Joe Biden and his family – a request confirmed by a White House summary of their call.

"I'd have no objection to that," Pence said of releasing transcripts of his own phone calls. "And we're discussing that with White House counsel as we speak."

Pence repeatedly avoided questions on Wednesday about whether he had known about Trump's intention to ask Zelensky to investigate Biden, a top contender for the 2020 Democratic presidential nomination. Pence replied that had he never discussed the Bidens with Zelensky.

When pushed on whether he knew as a member of the administration about Trump's request, Pence responded: "What I can tell you is, all of our discussions internally, between the president and our team, and our contacts and my office with Ukraine, were entirely focused on the broader issues of the lack of European support and corruption."

Pence also emphasized a Trump defense that Zelensky did not feel pressured to investigate the Bidens. The timing of Trump's call, along with a sudden suspension of U.S. military aid to Ukraine, raised suspicions of a quid pro quo. Trump's critics have postulated that the president held up vital help for Ukraine to hold back Russian aggression in exchange for dirt on a presidential rival.

"Let's be very clear that President Zelensky said there was no pressure," Pence said, according to a report from the press pool traveling with him. "I think his words were, no one pushed. And a clear reading of the transcript shows that there was no quid pro quo in the president's call with President Zelensky."

Democrats have argued that regardless of any carrot or stick Trump may have used, the fact that he asked for foreign assistance that could help him in a U.S. election was grounds for impeachment. The Trump administration has also refused to cooperate with House Democrats' impeachment inquiry, a move that could result in articles of impeachment against the president for obstructing a congressional investigation.

If you see a spelling error on our site, select it and press Ctrl+Enter
Tags:UkraineUSATrumpPencetranscriptphonetalksBidenZelensky