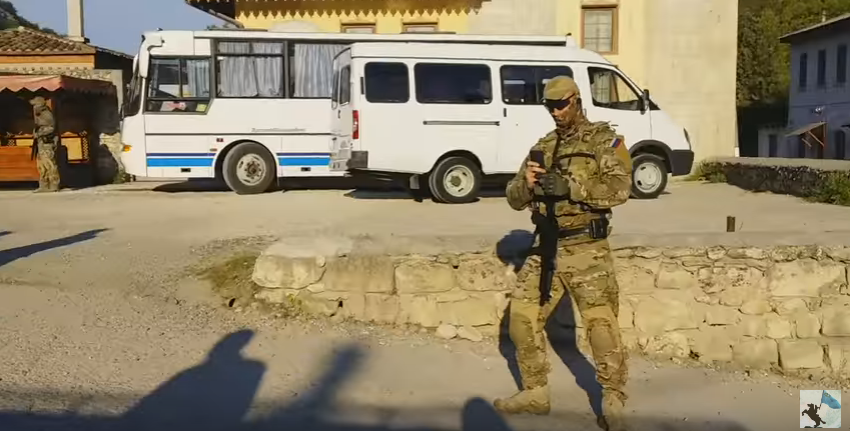 "Another act of intimidation of the Crimean Tatars is on the eve of May 18. A court hearing of the Crimean Muslims arrested last year is scheduled for this day. Mass searches in Bakhchisaray. Buses with armed men in balaklavas," Smedlia said.

In this regard, he stressed that there was already information about the arrest of four Crimean Tatars.

Read alsoMosque raided in occupied Crimea under pretext of ID check (video)"Obviously, the security forces want to show respect for the rights and freedoms to the Ombudsman of the Russian Federation, with whom these issues were discussed at a meeting yesterday!" Smedlia said.

"After a series of raids in Bakhchisaray, four of the Crimean Tatars were detained. Poklonskaya accuses them of terrorism!" the report says.