Merkel, Hollande back extending sanctions on Russia over Ukraine 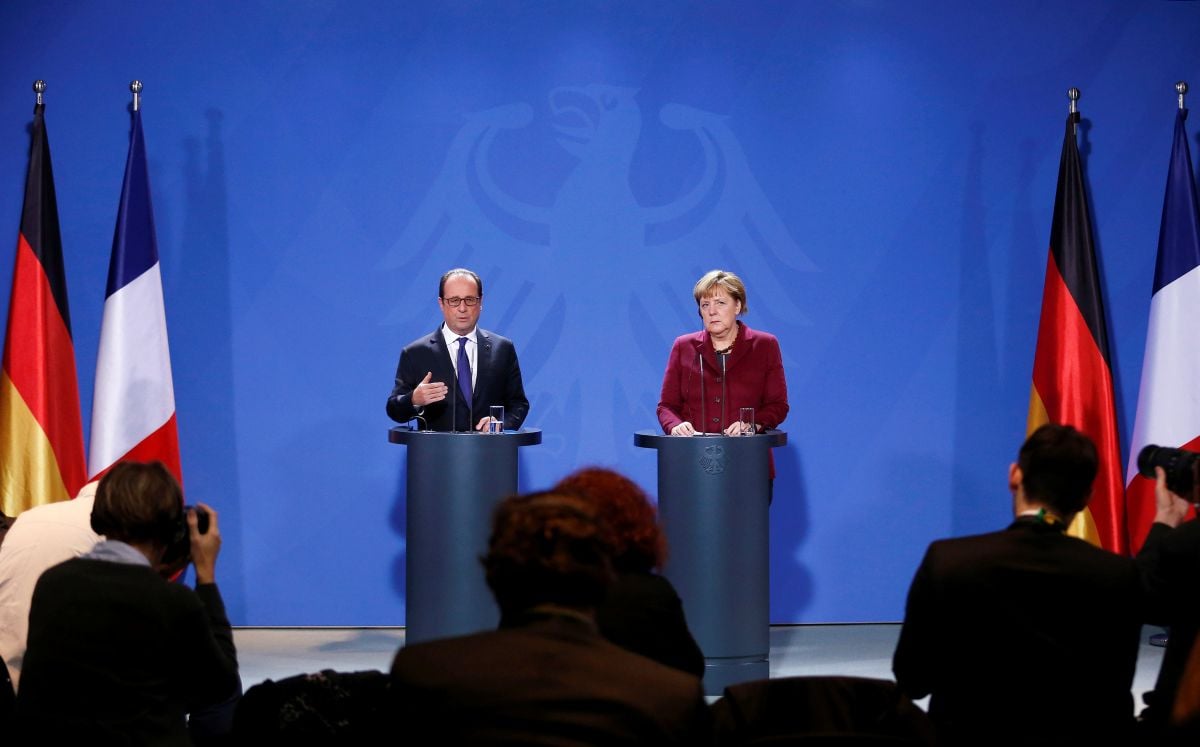 The conflict between Ukrainian forces and Russian-backed separatists has claimed nearly 10,000 lives since it erupted in 2014. Germany and France have tried to convince both sides to implement a peace deal agreed in Minsk last year but with little success so far, as reported by Reuters.

EU leaders will on Thursday discuss extending sanctions, which include restricting access to international financing and curbs on defence and energy cooperation with Russia.

Merkel, speaking with Hollande who was visiting a Franco-German conference on the digital economy in Berlin, said implementation of the ceasefire deal was "very sluggish".

"It will be necessary to extend the sanctions against Russia again - although we would have wished for better progress in the implementation of this process," she said.

Read alsoTrump’s advisor on Moscow visit says fate of Russia sanctions unclearHollande agreed. "We must continue to apply the terms of the Minsk agreement and when they are not carried out, we must continue with sanctions," he said.

The sanctions were extended several times and are due to expire at the end of January.

Kyiv and the West accuse Russia of stoking the separatist movement and aiding the rebels. The Kremlin denies these charges and accuses Ukraine of perpetuating the violence and violating the Minsk deal.

At the end of last month, four-way talks on ending the separatist conflict ended without a breakthrough.