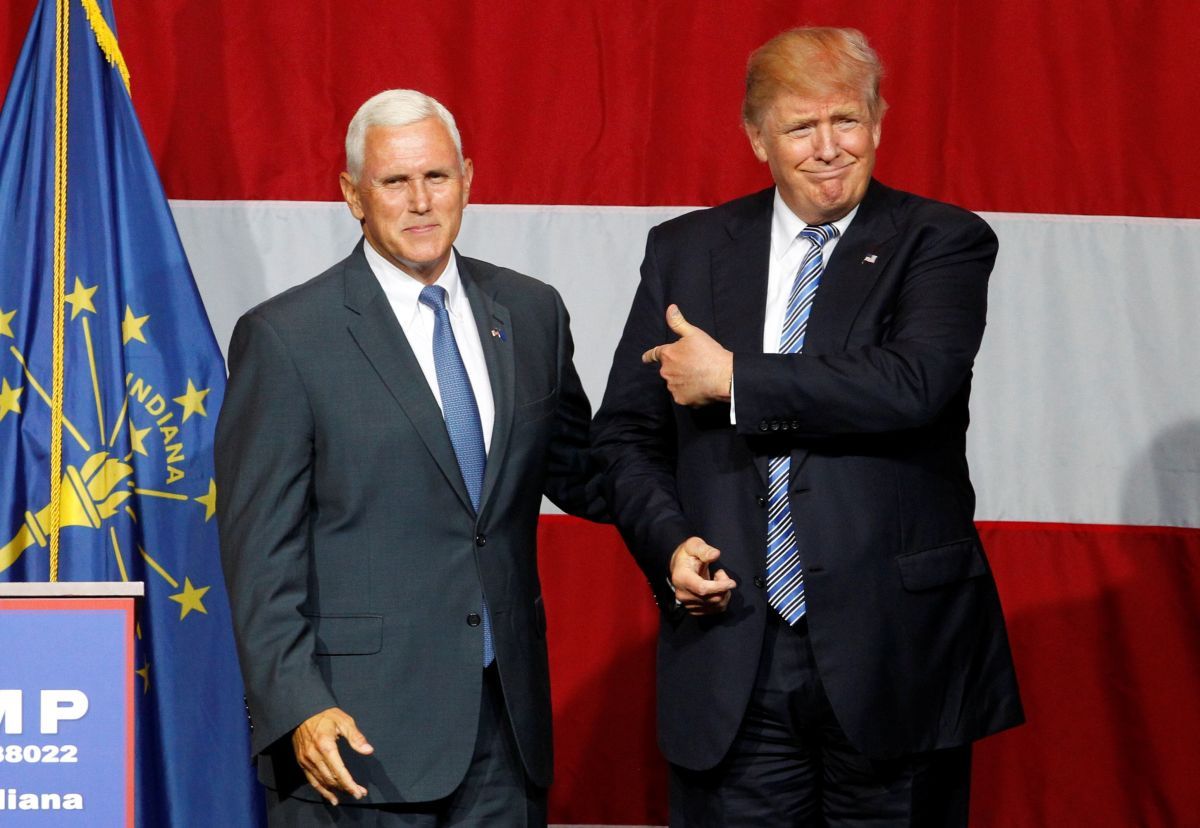 Asked by ABC News Chief Anchor George Stephanopoulos if President Donald Trump talked about that concern with Russian President Vladimir Putin in their phone call last weekend, Pence would not say. But he revealed that the two leaders did discuss the crisis in Ukraine, which the White House had not mentioned in its official readout of the call.

"Those conversations are going to be ongoing," the vice president said on "This Week" on Sunday.

The vice president seemed to strike a different tone on Russia than the president, who told Fox News in an interview set to air prior to the Super Bowl on Sunday that he respects Putin.

"I do respect him," Trump told Fox News' Bill O'Reilly.

Pence said on ABC's "This Week" that Trump has brought a "new style of leadership" to the White House, adding that he believes world leaders are taking notice and finding it "refreshing."

Stephanopoulos pressed the vice president on this point following reports that President Trump had heated calls with the leaders of stalwart allies like Australia and Mexico.

Pence said the president's conversations with world leaders show Trump has "broad shoulders" and a willingness "to put the interests of the American people first."

"That may be unsettling to some. But I think it's very encouraging to millions of Americans," the vice president said.

But despite the strong concerns over the conflict in Ukraine, Pence left the door open to repealing sanctions against Russia. When Stephanopoulos asked, "Will the sanctions on Russia remain in place as long as Russia is violating the ceasefire in Ukraine?" Pence responded, "That's a question that will be answered – in the months ahead."

Read alsoBloomberg: As Trump weighs Putin thaw, EU set to renew its blacklist"It just simply all depends … on whether or not we see the kind of changes in posture by Russia and the opportunity perhaps to work on common interests," namely fighting ISIS, Pence added. He said a decision would be made "in the months ahead." The U.S. and European Union slapped Russia with sanctions after its annexation of Crimea and incursion into eastern Ukraine. Trump administration officials, including the president himself, have said they are open to sanctions relief for Russia.

Republican leaders, including House Speaker Paul Ryan and Senate Majority Leader Mitch McConnell, have cautioned Trump against easing sanctions. As McConnell told ABC "This Week" co-anchor Martha Raddatz last week, "If anything, we ought to be looking at increasing them."

"Russia has a common interest in confronting radical Islamic terrorism and especially ISIS, and if we have opportunities to work together, I think the president is looking for an opportunity to begin that relationship anew," he said.

Read alsoMcCain to Trump: Send weapons to Ukraine – The HillThat kind of cooperation with Putin may face fierce opposition, even from members of the president's party. Sen. John McCain of Arizona is among those who have spoken out against a partnership because of Russia's activities in Syria, including its attack on U.S.-backed rebels, its alleged targeting of hospitals and first responders, and its support for the regime of Syrian President Bashar al-Assad.

McCain, a noted foreign policy hawk and former GOP presidential candidate has warned of Putin, "He will never be our partner, including in fighting ISIL... For our commander-in-chief to think otherwise would be naïve and dangerous."