EU envoys back keeping sanctions against Russia over Ukraine 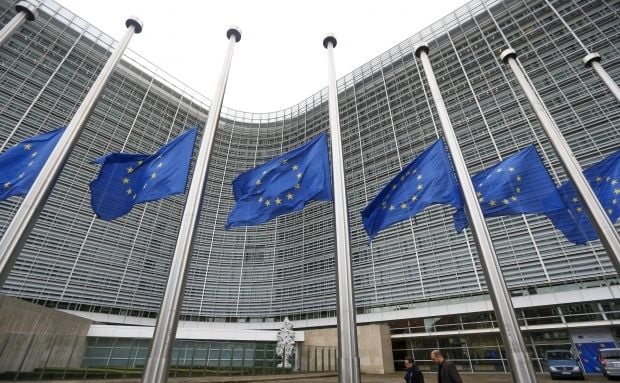 Determined to wait no longer for a clear message from Washington, EU foreign ministers said their economic sanctions must remain in place until Russian President Vladimir Putin respects his promise to work for a cease-fire in eastern Ukraine and ensure that heavy weapons are withdrawn from border areas, The Daily Mail reported.

EU foreign policy chief Federica Mogherini underlined that the EU will never recognize Russia's 2014 annexation of the Crimean Peninsula, and insisted all sides must respect the Minsk peace agreement aimed at ending the fighting in eastern Ukraine between government forces and Russia-backed separatists.

Fighting has escalated over the past week in eastern Ukraine, killing at least 36 people, including civilians, and wounding dozens. More than 9,800 people have died since the war began in 2014.

Read alsoTrump Administration agrees with EU's position on sanctions against Russia – German FMThe EU imposed a series of rolling economic sanctions against Russia in July 2014. They include economic and diplomatic measures, like the cancellation of top meetings, and travel bans and asset freezes on people linked to the annexation of Crimea or accused of interfering with Ukraine's territorial integrity.

Some of those measures were renewed in December until July 31.

"The U.K. will be insisting that there is no case for the relaxation of the sanctions, every case for keeping up the pressure on Russia," British Foreign Secretary Boris Johnson said.

"It could erupt at any time," he said. "The sanctions must be preserved, to say the least. We see no reasons why we should lift our review. We see no improvement."

EU member countries were rattled by Trump's generally benevolent view of Putin during the election. Trump has repeatedly praised Putin and signaled that U.S.-Russia relations could be in for a makeover under his leadership, even after U.S. intelligence agencies concluded that Russia meddled in the 2016 U.S. presidential campaign to help Trump defeat Democrat Hillary Clinton.

Danish Foreign Minister Anders Samuelsen said he was reassured by declarations from the new U.S. ambassador to the United Nations, Nikki Haley, suggesting that sanctions over Crimea will remain in place.

"If the Americans change direction - I don't think they will - EU will have to play a stronger role," Samuelsen said.

The past has shown, he warned, that "every time there is a vacuum, someone will step in and fill the void."