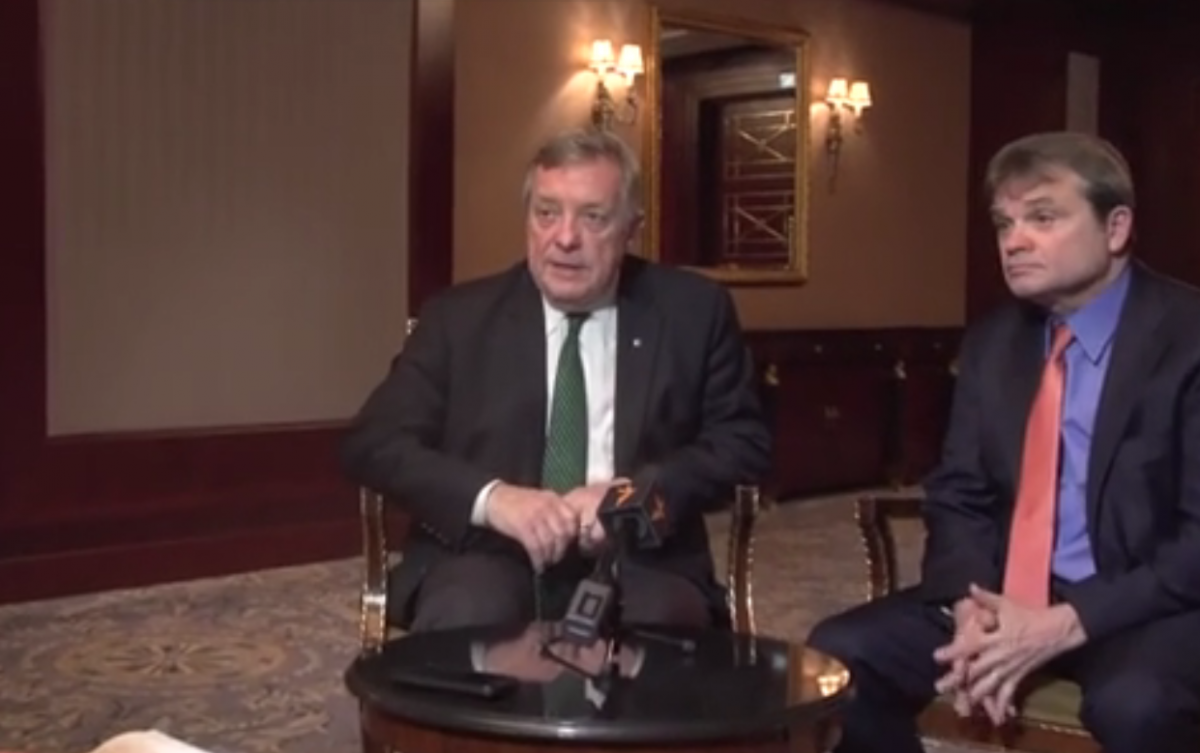 Durbin told RFE/RL in an interview on February 22 that the conflict in eastern Ukraine, where government forces have been fighting the separatists for nearly three years, has "reached a point now where we have to be honest."

Durbin – who is the second-most-senior Democrat in the Senate and sits on the Senate Judiciary, Appropriations, and Rules Committees – noted the reluctance of former President Barack Obama's administration to provide Kyiv with lethal aid for fear of escalating the conflict.

Read alsoAtlantic Council: Arm Ukraine nowThe United States has provided nonlethal assistance, including military training. But now, Durbin said, "We have to look at the reality."

"What [the Russians] continue to do in eastern Ukraine, in Donetsk, gives no indication they're backing off," he said. "We have to give to Ukraine the tools and weapons they need to protect their own people."

U.S. Representative Mike Quigley (Democrat-Illinois), who spoke to RFE/RL along with Durbin, said that lethal arms were necessary "because it is a new world and there's new technology out there, and [the Ukrainians] are competing against an advanced force."

Read alsoRussia says U.S. becoming party to conflict in DonbasDurbin and Quigley, each of whom stopped in Ukraine while on separate tours through Eastern Europe and the Baltics to voice support for the regions, said they were not satisfied with President Donald Trump's position on Ukraine.

Quigley described Trump's stance on Ukraine as "somewhat schizophrenic," adding that the president's position "depends who you are listening to and what you are watching."

Many politicians and military officials in the United States have called on the U.S. authorities to arm Ukraine. Donald Trump has not revealed his position on this issue yet. Former U.S. President Barack Obama insisted on a political rather than military solution to the crisis in Ukraine's east. His administration refused to supply lethal weapons to Ukraine.