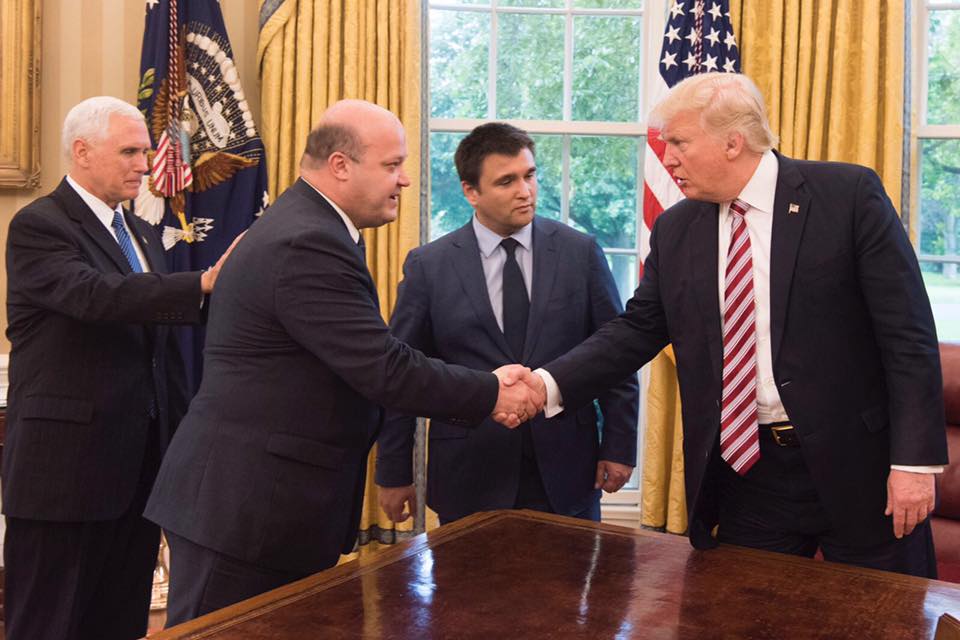 "An exceptional day for a diplomat's routine. The White House meeting with U.S. President Donald Trump and Vice President Michael Pence during the visit of Ukrainian Foreign Minister Pavlo Klimkin is a clear signal of support for the Ukrainian people and the Ukrainian diaspora in America," Chaly wrote on Facebook.

Pavlo Klimkin thanked the U.S. leader for the unwavering position of the U.S. Administration in support of Ukraine's territorial integrity and in countering Russian aggression.

If you see a spelling error on our site, select it and press Ctrl+Enter
Tags:TrumpKlimkinPenceChalysupport