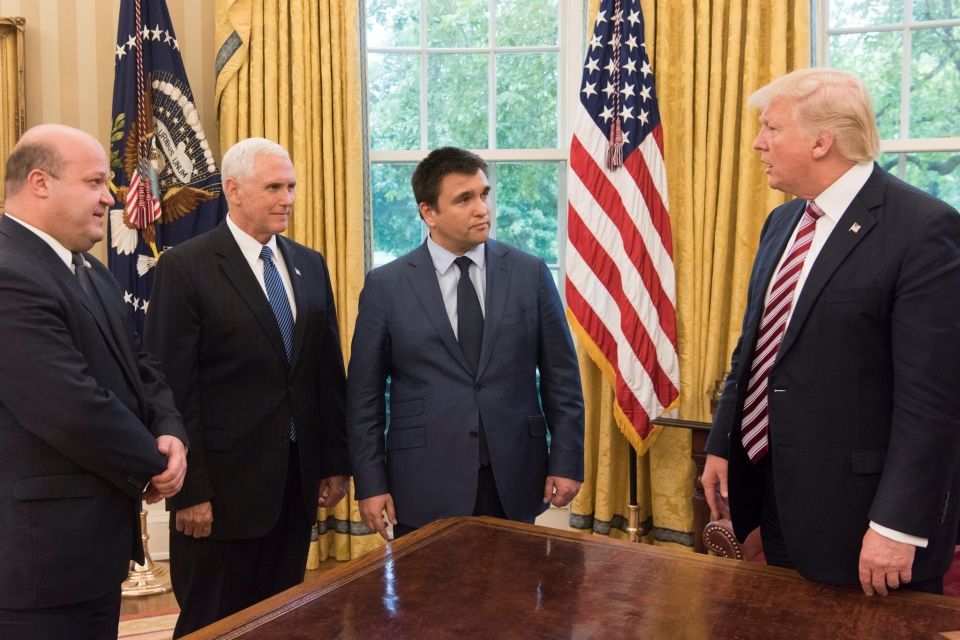 Ukraine's Embassy in the U.S.

"This was a very important visit, where the most important meetings were those with the top U.S. leadership, and for us, it is a great success for Ukrainian diplomacy that U.S. President Donald Trump received Ukrainian Foreign Minister Pavlo Klimkin at the White House. He was also received by the U.S. Vice President as the parties discussed further U.S. support for Ukraine on the situation in Donbas," she said.

“The American side has a full understanding of what Russian aggression is and how threatening it is," Betsa added.

According to her, the meetings also touched upon the question of the unwavering support of the U.S. Administration for the territorial integrity and sovereignty of Ukraine and its fight against Russian aggression.

Read alsoU.S. gives Ukraine clear signal of support – ambassador"It was noted that the U.S. position remains unwavering, that they support the sovereignty and territorial integrity of Ukraine within internationally recognized borders," Betsa said.

Commenting on Trump's meeting with Russian Foreign Minister Sergei Lavrov, the spokesperson said: "It was clearly stated that the Minsk agreements must necessarily be implemented by the Russian side, while Russia is responsible for their implementation; and sanctions will not be lifted until Russia implements the Minsk accords."

According to the Embassy of Ukraine in the United States, the parties discussed in detail the latest developments in Donbas.

If you see a spelling error on our site, select it and press Ctrl+Enter
Tags:USATrumpKlimkinMFAUkrainePencediplomacyBetsa