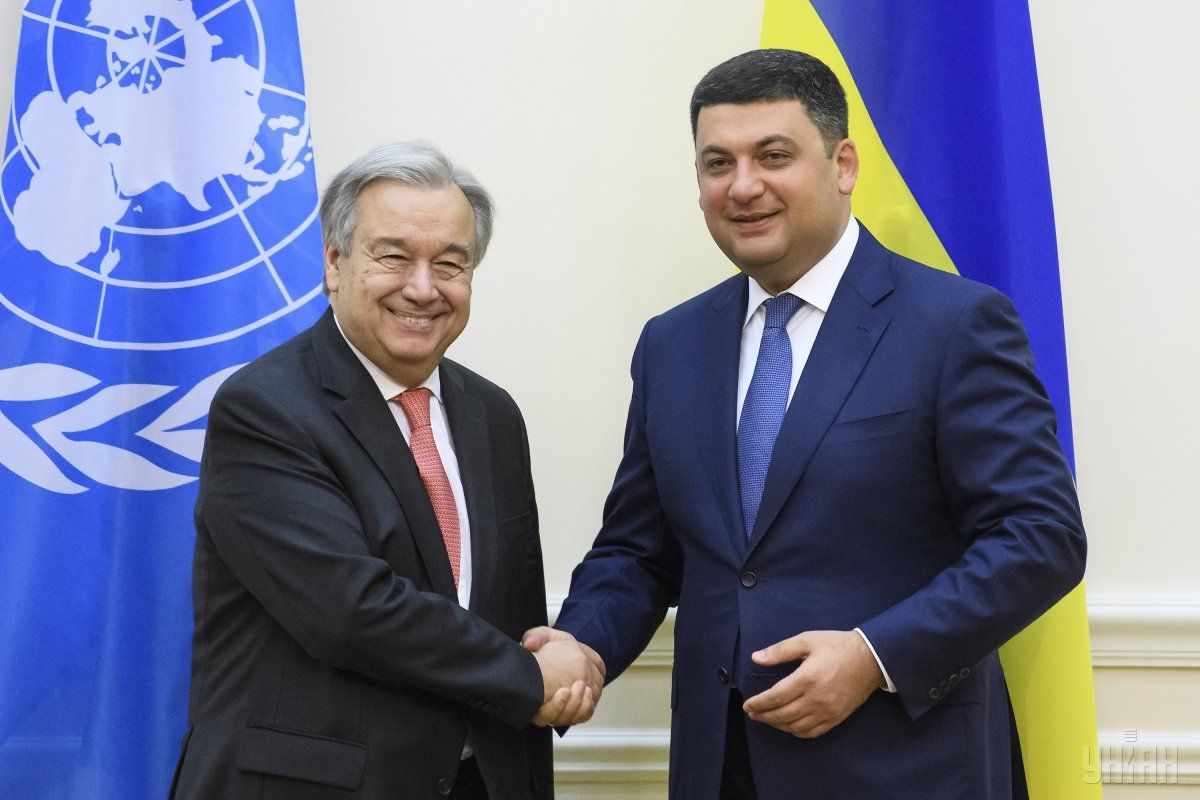 "The capacities of the Secretary General of the United Nations are limited but whatever I will be able to do to support Ukrainian people to be able to have a future peace and prosperity in the context of the territorial integrity and sovereignty and independence of Ukraine is of course something that I fully respect and I’m fully committed to,” said Mr Guterres.

"We know that fighting is still happening. And our appeal is of course for a complete ceasefire, mainly in the context of the recent decisions of the so-called Harvest Ceasefire. We will do everything we can to support different processes that are in place – the Normandy Four, the Trilateral Contact Group, the work of the OSCE" the UN chief assured Mr Groysman.

According to Antonio Guterres, Ukraine can count on the UN’s strong commitment to support humanitarian action and to bring some relief to the people that have been displaced by the conflict.

As UNIAN reported earlier, Prime Minister Groysman during his meeting with UN Secretary General Antonio Guterres noted the need for the united international efforts against Russian aggression in Ukraine and extending humanitarian assistance to Ukraine on part of the United Nations or implementing new mechanisms to resolve present day pressing issues.

If you see a spelling error on our site, select it and press Ctrl+Enter
Tags:DonbasUkraineUnitedNationsGroysmanGuterres