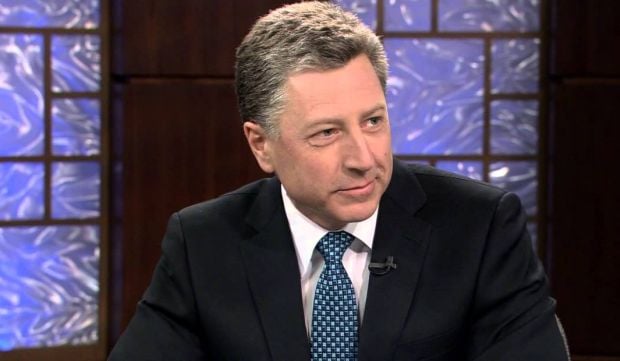 “As you’ve acknowledged, I’ve recently appointed Ambassador Kurt Volker as a Special Representative on Ukraine and I appreciate the accommodation you have made that will allow him to spend a couple of days here, becoming much more deeply familiar with the perspective of yourself and other members of your government and the Ukrainian people regarding this very challenging issue. Ambassador Volker is a very capable, well-known diplomat, and I appreciate Ambassador Volker taking this role on for us as well,” Rex Tillerson told Petro Poroshenko during a joint press conference.

Read alsoU.S. sanctions on Russia to remain in place until Russia halts aggression – Tillerson“We are disappointed by the lack of progress under the Minsk agreement and that is why we are appointing a special representative to put additional emphasis,” Tillerson said.

He added that the U.S. “will be coordinating very carefully with the Normandy members as well along with yourself and with the Russian Federation government to see if we can make progress, and make progress in a more prompt fashion as well.”

Read alsoU.S. Special Envoy for Ukraine to stay in Kyiv for several days - PoroshenkoAs UNIAN reported earlier, on July 7, Rex Tillerson had appointed Kurt Volker a special representative on Ukraine settlement, to be responsible for negotiations in this respect.

If you see a spelling error on our site, select it and press Ctrl+Enter
Tags:RussiaUkraineTillersonVolker