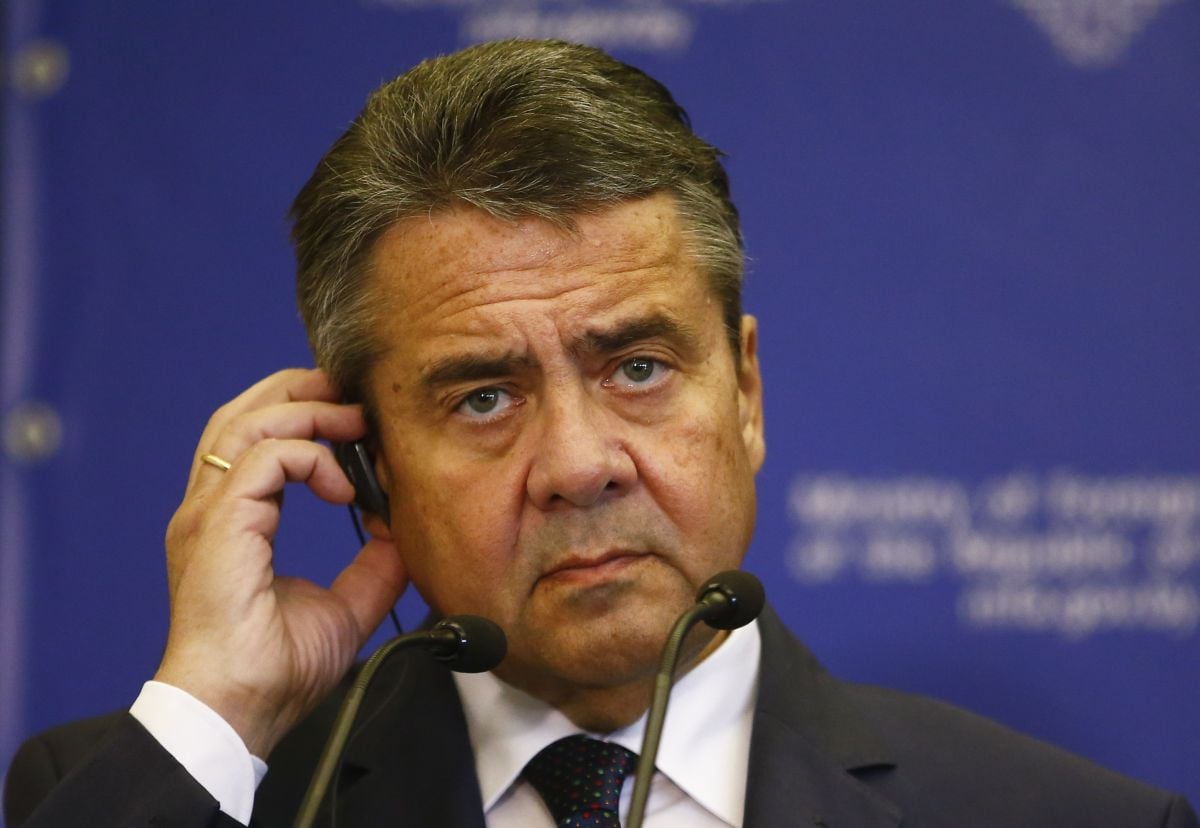 At the same time, speaking in Minsk where he flew for an official visit, Gabriel stressed that, although these views are still so far apart, "it would be undesirable to close such a window of opportunity," according to RFE/RL.

It is important to try and "determine the general conditions" for the introduction of such a mission.

This mission, the German minister believes, should have a clear mandate and, together with the mission of the Organization for Security and Cooperation in Europe, monitor the ceasefire around the clock, not ‘a few hours a day,’ but also at night, when he says most violations occur.

Read alsoKuchma: Russia suggests redrawing Ukraine border in eastAs UNIAN reported earlier, ahead of the meeting between U.S. Representative for Ukraine Negotiations Kurt Volker and Russian presidential aide Vladislav Surkov in Belgrade, which was held on November 13, the Wall Street Journal reported with reference to its sources that the United States was set in the coming days to offer Russia a plan for the deployment in Donbas of a 20,000-strong international peacekeeping mission of the United Nations.

Following the meeting, the U.S. side stated that Washington and Moscow would continue to make efforts to end the war in Donbas, despite various visions on the settlement.

Read alsoRussia must not be among UN peacekeepers in Donbas - Ukraine defense ministerIn turn, Surkov said that Volker presented an offer to the Russian draft resolution of the UN Security Council on the deployment of peacekeepers in Donbas. Out of 29 paragraphs of the offer, Russia is ready to greenlight just three, according to Surkov. “It’s better than zero," he said.

On November 14, Ukrainian Foreign Minister Pavlo Klimkin, after speaking with Volker, said that Russia wants to retain its colony in Donbas. "Over the past few days, we've talked with Kurt five or six times. I’m thankful for his dedication to our common cause. We see that Russia does not want to ‘make peace’, it wants to retain its colony in Donbas, leave everything as it is, and even make it worse. It will not work out," Klimkin stressed.

Read alsoVolker and Surkov can meet again by year-end – Russian mediaIn early November, Volker said that the U.S. had advised Ukraine not to submit its own draft resolution on the deployment of peacekeepers in the temporarily occupied territories of Donbas.

In September, Klimkin said that in the process of preparing for the deployment of peacekeepers in Donbas, the UN Security Council should approve more than one resolution. According to him, the first resolution will be "technical", in which it is necessary to determine the final goal of such deployment. The next step should be consultations on the mandate of the peacekeeping mission. The Foreign Minister also said that the UN peacekeeping mission would facilitate disarmament of militants and preparations for holding elections in Donbas.

If you see a spelling error on our site, select it and press Ctrl+Enter
Tags:RussiaDonbasUkraineKlimkinGermanypeacekeepersSigmarGabriel