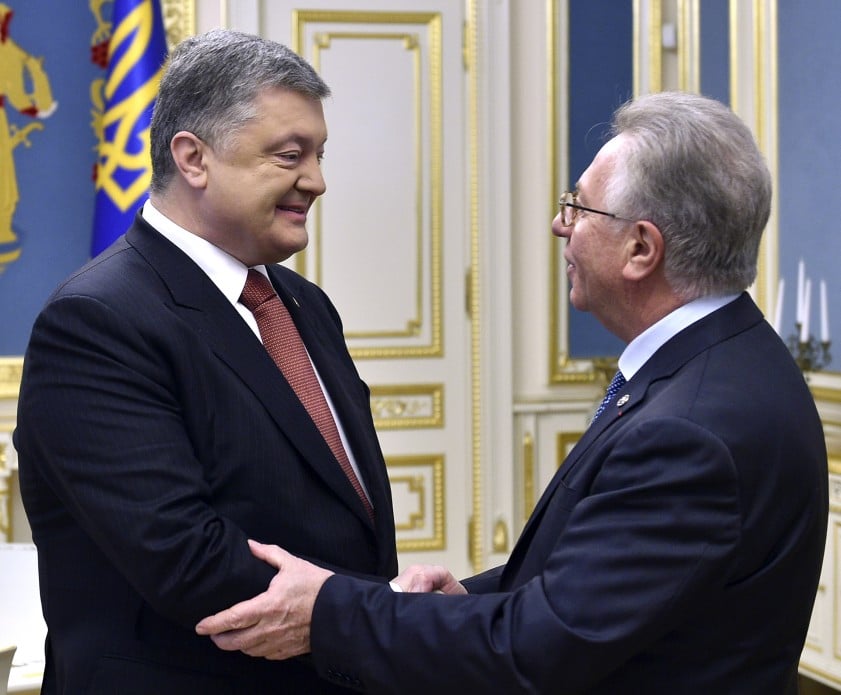 Gianni Buquicchio stressed that the introduction of judicial reform in general and of a new Supreme Court in particular had great significance not only for Ukrainian citizens, but also for foreign investors. "Justice is a prerequisite for attracting investors," he said.

The Head of State emphasized that the Venice Commission President “is a strong and reliable friend of Ukraine”, the report says.

Petro Poroshenko noted that today, on December 15, the new Supreme Court of Ukraine would start functioning. “The old corrupt, inefficient and unfair judicial system should go out,” he said.

Gianni Buquicchio agreed with Petro Poroshenko, emphasizing that it became possible due to the initiative of the Ukrainian President to hold the judicial reform. “Indeed, it is a great day for Ukraine, for Europe due to your initiative,” the President of the Venice Commission said.

Read alsoPoroshenko to submit bill on Anti-corruption Court to Rada next weekGianni Buquicchio noted effective cooperation between Ukraine and the Venice Commission. He has been observing the situation in Ukraine since 1996: “For the first time, since your election, things started moving in the right direction. Step by step we are doing a good job together.”

Read alsoNew editions of three codes put into force, new Supreme Court launches work in UkraineThe President of the Venice Commission also noted that the Commission would continue to cooperate with Ukraine in support of its European aspirations.

If you see a spelling error on our site, select it and press Ctrl+Enter
Tags:PoroshenkoUkraineVeniceCommission