Ukraine’s top diplomat emphasizes that Moscow should realize that the Russian idea to send bodyguards to provide protection only for the OSCE SMM observers does not make sense. 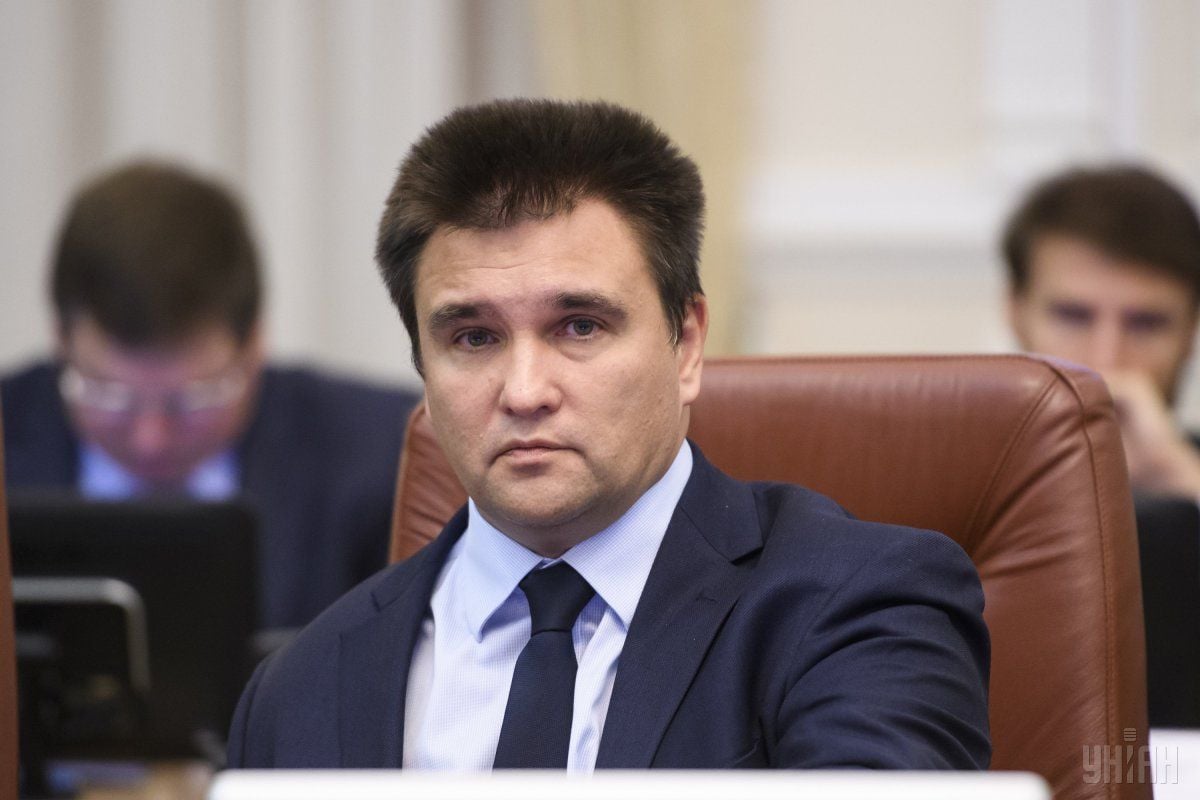 The "Kremlin Report", a list of persons close to Russian President Vladimir Putin who can be sanctioned, should force Russia to agree to the deployment of an actual peacekeeping mission in Donbas, the Ukrainian Foreign Minister, Pavlo Klimkin, believes.

He is in constant contact with U.S. Special Representative for Ukraine Negotiations Kurt Volker, Klimkin said Tuesday at a joint press conference in Kyiv with the new OSCE Chairman, Minister of Foreign Affairs and International Cooperation of Italy Angelino Alfano, according to an UNIAN correspondent.

Read alsoVolker tells of "very detailed" discussion with Surkov on peacekeepers in Donbas"Unfortunately, during the meeting [between Volker and Russia’s Vladislav Surkov] no result was achieved, but we will consistently press for the implementation of the [Minsk agreements implementation] road map logic, and I hope that the latest developments, including on the American side, will also, let's say, ‘help’ [Russia] understand that their [Russian] proposals regarding bodyguards for SMM make no sense. Instead, a real peacekeeping mission is needed," Klimkin said.

"SMM must be provided with an opportunity to operate freely and no one must interfere, and we need to allow peacekeepers, the real ones, to take control over the situation in the occupied territories," added the minister.

As UNIAN reported earlier, the US Treasury released the so-called "Kremlin report", a list of persons close to Vladimir Putin, against whom sanctions can be imposed.

The list includes 210 people. Among them are all members of the Russian government, the staff of Putin's administration, other high-ranking political leaders, and oligarchs.

If you see a spelling error on our site, select it and press Ctrl+Enter
Tags:RussiaDonbasUkraineUSAKlimkinpeacekeepers