"We are fighting": Zelensky speaks of war on Russian propaganda 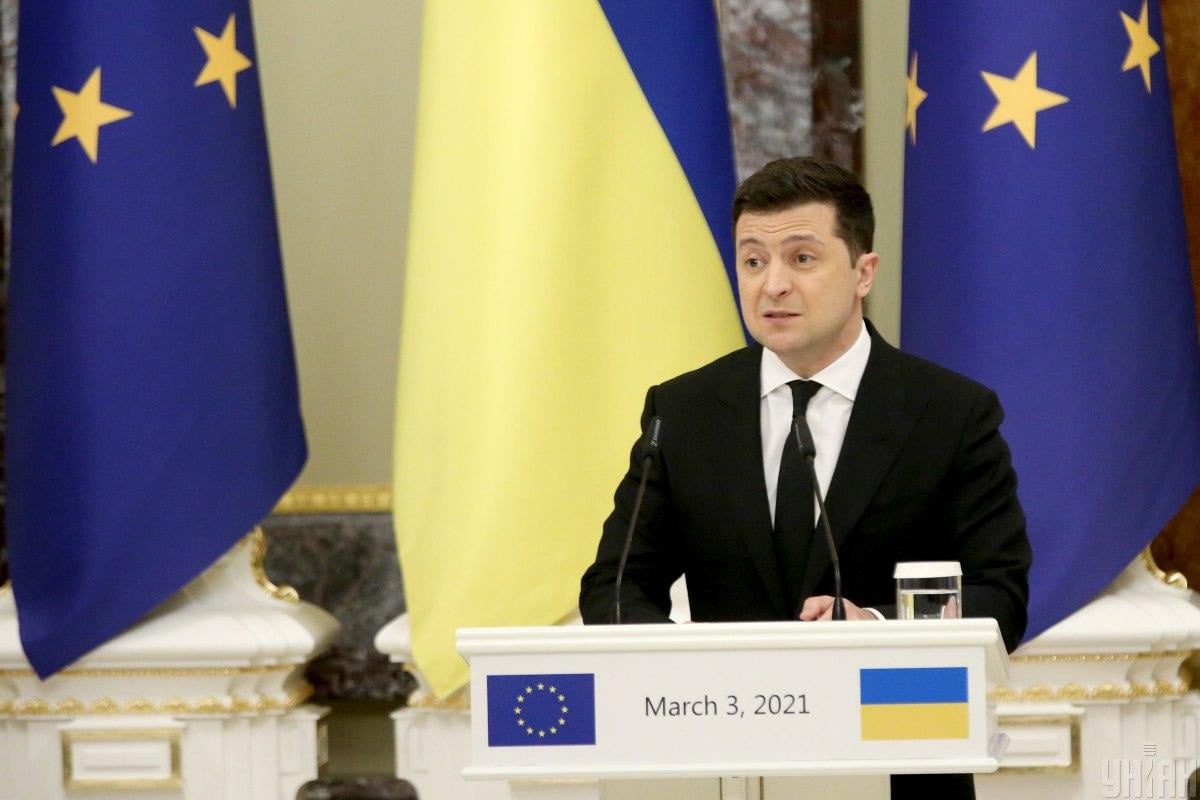 President Volodymyr Zelensky has declared some positive results in fighting Russia's influence in the media space.

"There is a very strong informational influence on Ukraine through the Russian side's media and even through the media in our own country, with which you see we are now fighting. And I think there's already some progress and really positive results," said Volodymyr Zelensky.

Read alsoTV channels under sanctions were indirectly financed by Russia – culture ministerOn February 2, President Volodymyr Zelensky enforced the decision of the National Security and Defense Council on applying a package of sanctions against MP Taras Kozak and a total of eight companies that are the founders of 112 Ukraine, ZIK, and NewsOne TV channels.

The broadcasting of the said TV channels was shut down in digital multiplex and cable networks on the night of February 3.

TV channels are believed to be under the effective control of Viktor Medvedchuk, who is a main political operative in Ukraine of the Russian President, Vladimir Putin.

Medvedchuk, who chairs the OPZZh party's political council, was also subsequently sanctioned on February 19, along with his wife Oksana Marchenko and a number of other individuals and entities.

If you see a spelling error on our site, select it and press Ctrl+Enter
Tags:sanctionsRussianPropagandamediainfowarsZelensky