No plans to return occupied land by force – Ukraine NSDC

Kyiv seeks to find a solution to the conflict through political and diplomatic means, NSDC secretary notes. 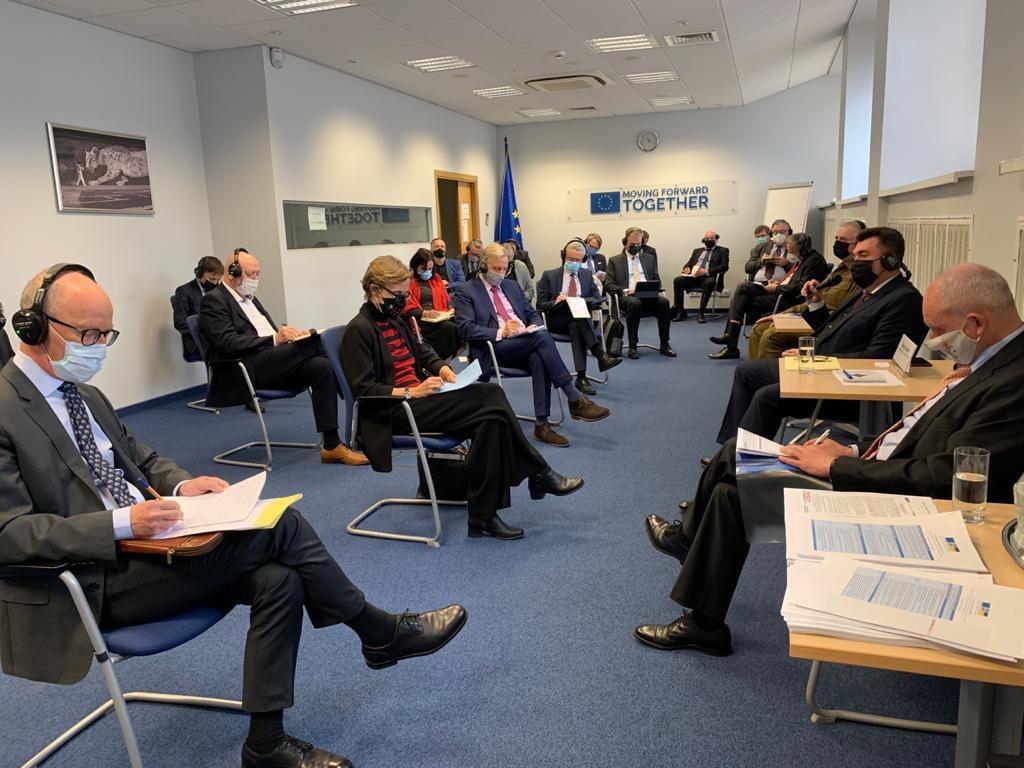 Ukraine currently has no plan to retake the temporarily occupied territories by military means, says Secretary of the National Security and Defense Council, Oleksiy Danilov.

The statement came as Danilov was meeting in Kyiv with the diplomats representing EU member states in Ukraine, the NSDC press service reported on April 13.

Read alsoNATO chief urges Russia to end military build-up near UkraineThe parties discussed the latest security developments in the region in the context of the latest escalation of Russian hybrid aggression in eastern Ukraine.

Danilov has noted Ukraine's willingness to resolve the conflict in the east primarily through political and diplomatic means.

"Ukraine today has no plan to regain the temporarily occupied territories by military means; our task is to resolve the conflict exclusively through political and diplomatic means. Everything else is purely information war Russia is waging both on our territory and also throughout Europe," said the NSDC secretary.

Danilov has recalled that the Center for Countering Disinformation had recently been set up under the NSDC, called upon to repel enemy disinformation and propaganda.

The United States, finding reports of Russian military movements on Ukraine's border credible, asked Moscow to explain the "provocations" and is ready to engage on the situation.

On April 8, 2021, Khomchak assured the situation was under control, and the Ukrainian military was ready to respond to the escalation both in the temporarily occupied territory of Luhansk and Donetsk regions and along the entire Ukrainian-Russian border. He said, "We have foreseen appropriate measures of an immediate response to any provocation, to any enemy action."

If you see a spelling error on our site, select it and press Ctrl+Enter
Tags:RussiaRussianAggressionhybridwarNSDCDanilov