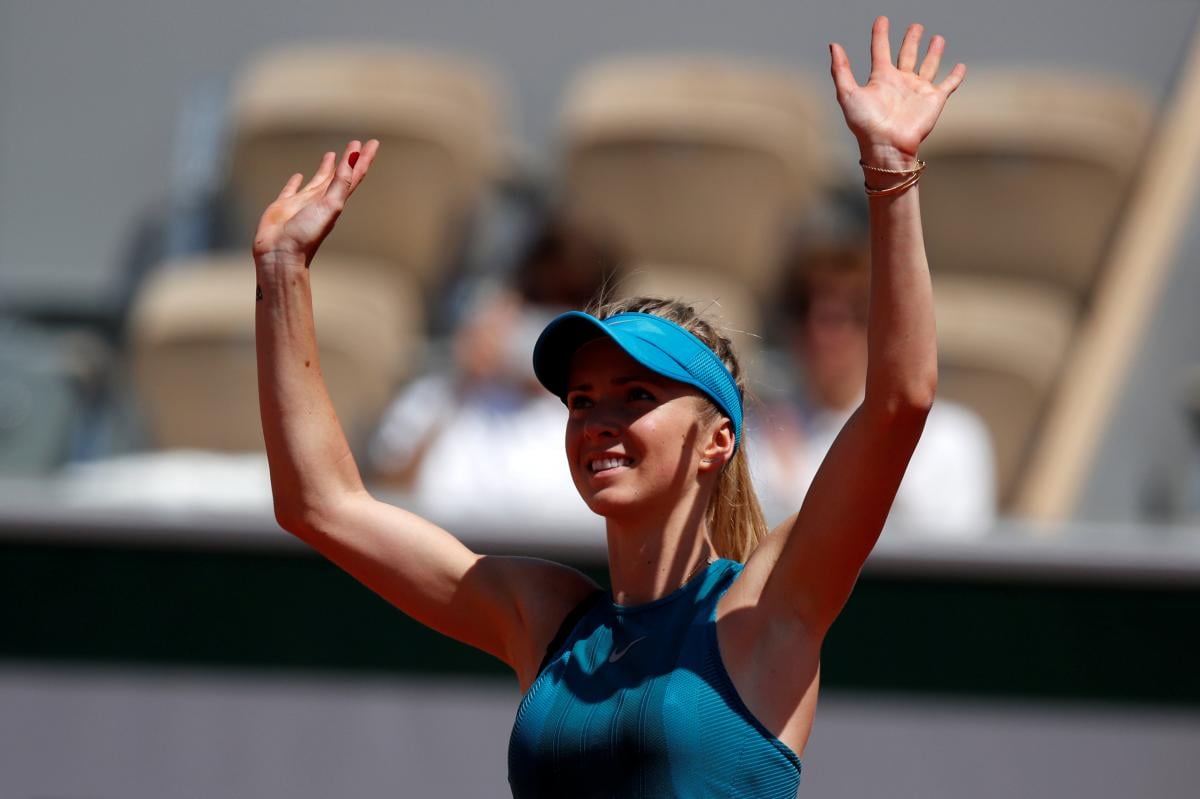 Ukraine's Elina Svitolina overcame a slow start to power past Australia's Ajla Tomljanovic 7-5 6-3 and become the first big name to reach the second round of the French Open on Sunday.

Under beautiful blue skies in the French capital, the fourth seed was broken twice early in the opening set before clawing her way back into the match from 5-1 down, by pinning her opponent behind the baseline and testing the Australian's backhand as she rediscovered her groundstrokes, according to Reuters.

"It was not an easy start and I had to really wake up. I had to step up my game," Svitolina said straight after the match.

Svitolina arrived in Paris as one of six players with a chance of ending the tournament as World No. 1, and had not failed to make it to the second round of a Grand Slam since the U.S. Open in 2014.

The 23-year-old struggled to find her rhythm early on until the eight game when a Tomljanovic double fault handed Svitolina a second break point of the game. The Australian then hit long to make it 5-3 and Svitolina launched her comeback.

Tomljanovic lost the opening set with a cautious second serve that was dispatched by Svitolina, the Australian slamming her racket into the clay in an outburst of frustration after surrendering a four-game lead.

Svitolina dictated the second set, spreading the ball across the baseline and offering up some deft drop shots that stretched her opponent.

At 3-4 down in the second, Tomljanovic smacked a double-handed backhand into the net to hand Svitolina a break point, which she won easily before closing out the set.

If you see a spelling error on our site, select it and press Ctrl+Enter
Tags:News of UkraineUkraineSvitolinatennis