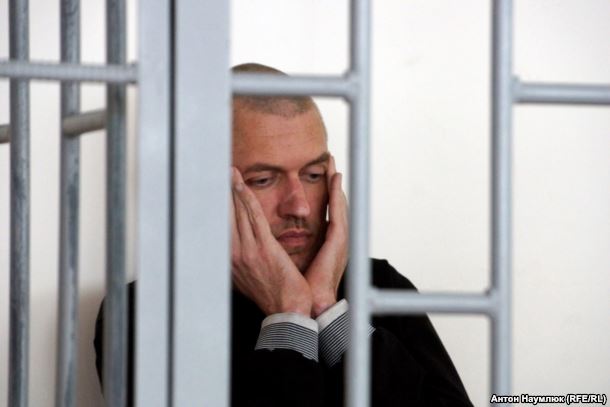 "Tamara Ivanovna Klykh has just returned from visiting her son Stanislav Klych illegally held in a Russian prison. She cries as her son feels bad. He got really thin, being physically and mentally exhausted," Gerashchenko wrote on Facebook. According to her, Tamara Klykh asks to make every effort to release Stanislav as soon as possible.

"The release of hostages and political prisoners is a key priority the Ukrainian authorities insist on," the official added.

She also reminded that the issue was raised at all international meetings. The Ukrainian side offered various options and compromises for its resolving at the Minsk talks. Unfortunately, there is no answer yet. Gerashchenko also thanked her colleagues who support the hostages' families.

As UNIAN reported earlier, in May 2016, the Supreme Court of Chechnya sentenced Ukrainian citizens Klykh and Karpyuk to 20 and 22.5 years in prison, respectively, for alleged gang-related activities, murder and attempted murder of Russian military servicemen.

Read alsoPoroshenko calls "farce" Russian trial of Karpiuk, KlykhAccording to the Russian investigation, Klykh and Karpuk during the first Chechen war set up groups in Ukraine to participate in a fighting against the Russian army for independent Chechnya.

The Ukrainians were tortured into "confessing" during the so-called "investigation", which had a negative impact upon Klykh's mental health. In September, Russian Human Rights Commissioner Tatiana Moskalkova said that Klykh was being confined by consent in a psychiatric hospital located in the Russian city of Magnitogorsk.

If you see a spelling error on our site, select it and press Ctrl+Enter
Tags:News of UkraineRussiaUkrainehospitalprisonmotherKlykh