The UJCU's appeal followed a joint statement by the governments of Ukraine and Israel saying this year's pilgrimage is allowed. 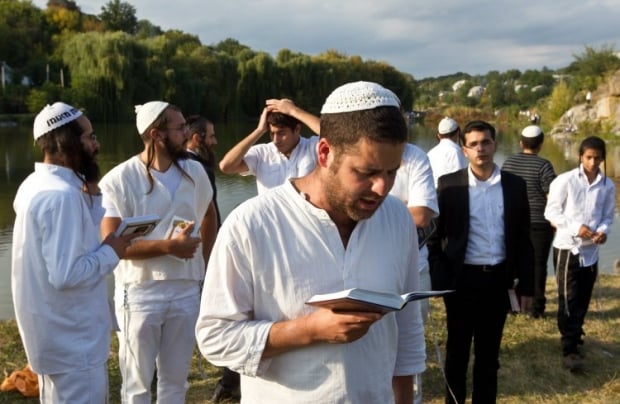 The United Jewish Community of Ukraine has sent an appeal to the Minister of Internal Affairs of Ukraine, Arsen Avakov, with a request to strengthen security in Uman in connection with the upcoming pilgrimage of the Bratslav Hasidim.

The UJCU's appeal followed a joint statement by the governments of Ukraine and Israel that was published on the website of the Cabinet of Ministers of Ukraine, which states that the pilgrimage is allowed.

Read alsoUkraine's government decides to limit Hasidim trips to Uman amid Rosh HashanahOn behalf of the United Jewish Community of Ukraine, the largest all-Ukrainian Jewish organization, which consists of 137 Jewish communities and organizations of Ukraine, CEO Michael Tkach has asked Arsen Avakov to take "all possible measures to ensure the safety of the pilgrims who will be at the celebration of Rosh Hashanah in the city of Uman, Cherkasy region."

"First of all, I ask you to increase the number of personnel in the city of Uman, Cherkasy region to ensure proper security for the Bratslav Hasidim," the appeal says, adding: "Strengthen control over the observance of quarantine norms during the pilgrimage."

Tkach has recalled "the situation with the riots on February 19 and 20, 2020 in the village of Novy Sanzhary, Poltava region, which arose in connection with the concern of the local community about the spread of coronavirus infection".

Therefore, Michael Tkach points out, the issue resonates greatly with the Jewish community.

"UJCU is concerned about the possible escalation of the conflict and violent actions against the Hasidim," the statement concludes.

Despite the fact that the pilgrimage of the Bratslav Hasidim to Ukraine was allowed, the governments of Ukraine and Israel urged pilgrims to refrain from traveling this year because of the serious epidemiological situation.

If you see a spelling error on our site, select it and press Ctrl+Enter
Tags:News of UkraineIsraelUmanpilgrimageHasidim