The anti-graft agency is probing him and six other judiciary officials over the alleged "power seizure" plot. 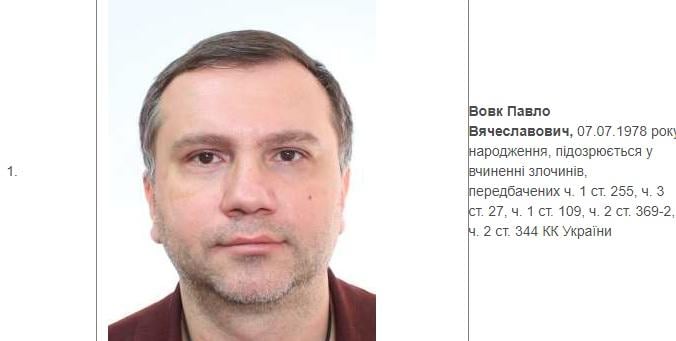 The National Anti-corruption Bureau of Ukraine (NABU) has put on the list of wanted persons seven defendants in the case of the alleged power seizure conspiracy by the leadership of the Kyiv District Administrative Court (OASK) who the agency believes grabbed control of the High Qualification Commission of Judges.

That's according to the NABU press service.

"NABU is pursuing suspects who acted as part of a criminal organization headed by OASK chairman, aiming to seize state power by establishing control over the High Qualification Commission of Judges of Ukraine (VKKSU), the High Council of Justice (VRP), as well as creating artificial obstacles in their work," the statement says.

If you see a spelling error on our site, select it and press Ctrl+Enter
Tags:News of UkraineinvestigationNABUjudiciaryVovk