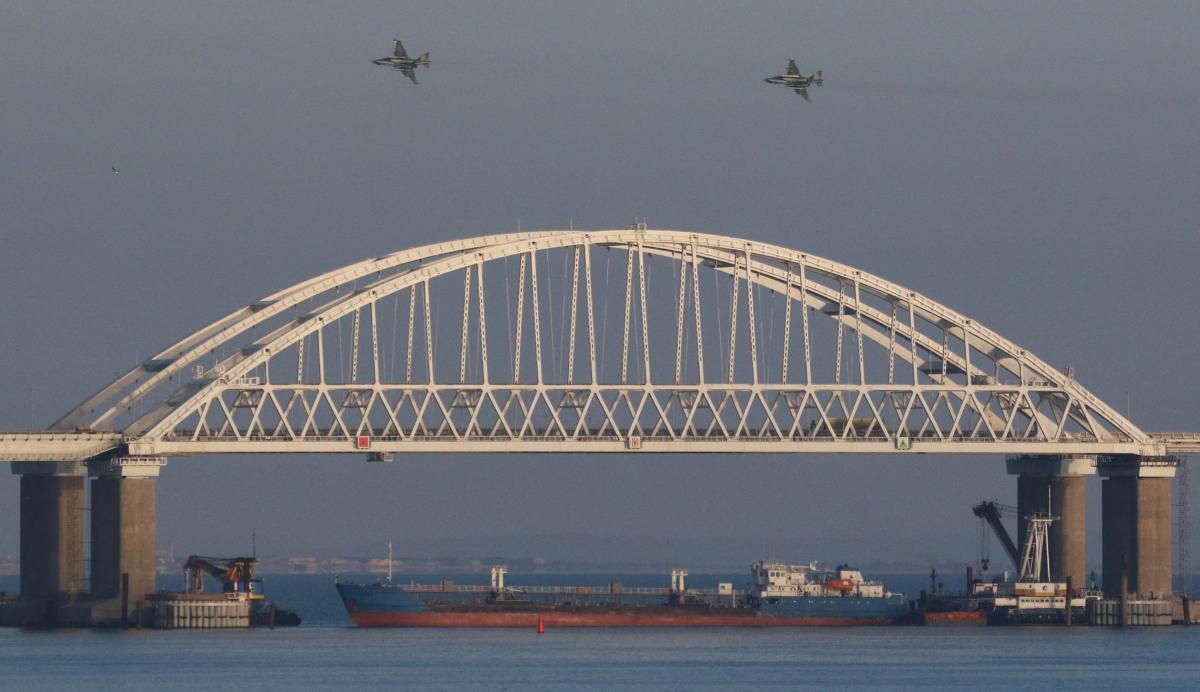 The SBU Security Service of Ukraine at a briefing in Kyiv on Thursday revealed the audio recording with intercepted radio communications of a Russian K52 attack helicopter and a Su-30SM warplane with their command centers, clearly indicating that the Russian military leadership gave orders to use weapons against Ukrainian boats in the Kerch Strait area.

"We have intercepted communications of the crews of the Russian [Su-30SM] warplane and a Ka-52 helicopter with the relevant command centers. These talks leave no doubt that the Russian military leadership deliberately gave the order to use weapons against Ukrainian ships," Deputy Head of the SBU Security Service of Ukraine, Oleh Frolov, said, presenting to journalists the relevant clip.

As a Su-30SM fighter jet pilot communicated with the control tower, the latter asked: "Did you do the job?"

"I did the job, practically, with the two [missiles]," the fighter pilot responded.

Also, the tower asked a pilot of one of the two K52 attack helicopters that scrambled to engage Ukrainian vessels about the number of ammunition used: "Report on the use of "pencils," to which the pilot responded that his aircraft used none, while the other helicopter in the pair fired two.

As UNIAN reported, three Ukrainian vessels were attacked, fired at, and captured on November 25 by Russian forces at sea near the Kerch Strait, which is the only outlet to the Sea of Azov and controls access to two major Ukrainian ports. The two Ukrainian artillery boats and a tugboat were heading from Odesa on the Black Sea to Mariupol in the Sea of Azov. Twenty-four sailors were detained and "courts" in Russian-occupied Crimea ruled that they be remanded in custody for two months, pending trial on charges of "illegal border crossing."

Meanwhile, Ukraine insists its Navy has every right to pass through the Kerch Strait and that the Russian side had been informed in advance of the naval group's plans to pass. The Russians attacked the Ukrainian vessels in neutral waters, as they were heading back toward Odesa after being rejected passage by the Russian side.

"According to Articles 17 and 38 of the UN Convention on the Law of the Sea and Article 2 of the agreement between Ukraine and the Russian Federation on cooperation and use of the Sea of Azov and the Kerch Strait, Ukrainian warships have the right to freely use the freedom of navigation in the Kerch Strait and the Sea of Azov," Ukrainian Navy Commander Admiral Ihor Voronchenko said.

If you see a spelling error on our site, select it and press Ctrl+Enter
Tags:RussiaCrimeaattackRussianAggressionBlackSeaoccupiedCrimeaAzovKerchStraitwarplaneUkraineNavy