They also use drone jammers. 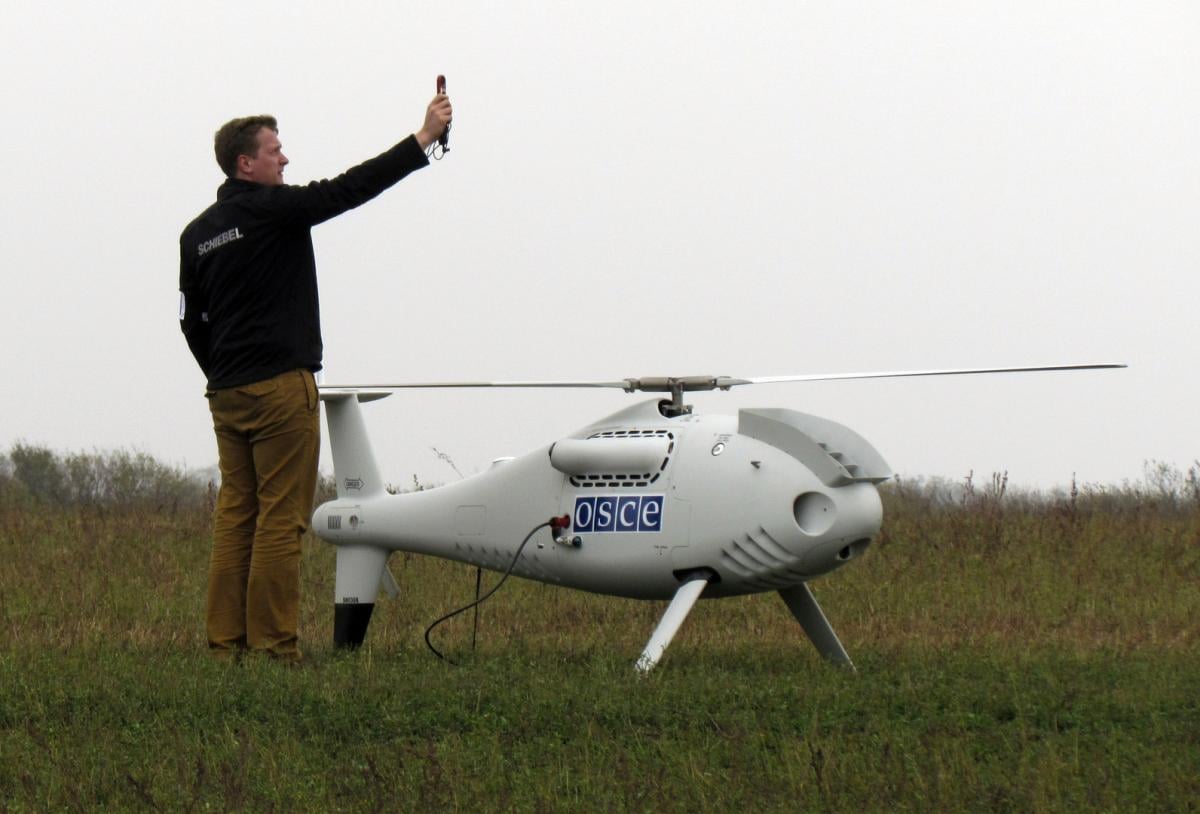 Russia-led forces on October 26 reportedly attempted to shoot a drone used by the OSCE Special Monitoring Mission to Ukraine in Donbas.

"Russia-led forces opened fire from rifles to shoot an OSCE SMM unmanned aerial vehicle near the village of Petrivske yesterday [October 26]. The UAV was landed because of a threat of loss. The drone was not damaged," the press center of Ukraine's Joint Forces Operation (JFO) Headquarters said on Facebook on October 27.

According to the JFO HQ, illegal armed formations in eastern Ukraine regularly open fire to attack SMM drones and use jamming equipment against them.

"This indicates that the enemy attempts to prevent representatives of international organizations from detecting weapons prohibited by the Minsk agreements and other violations. At the same time, illegal armed groups often try to blame the Ukrainian side for their own actions," it said.

As UNIAN reported, Russia-led forces attacked Ukrainian troops 21 times on October 26, the day when President of Ukraine Volodymyr Zelensky was visiting the village of Zolote-4 in Donbas.