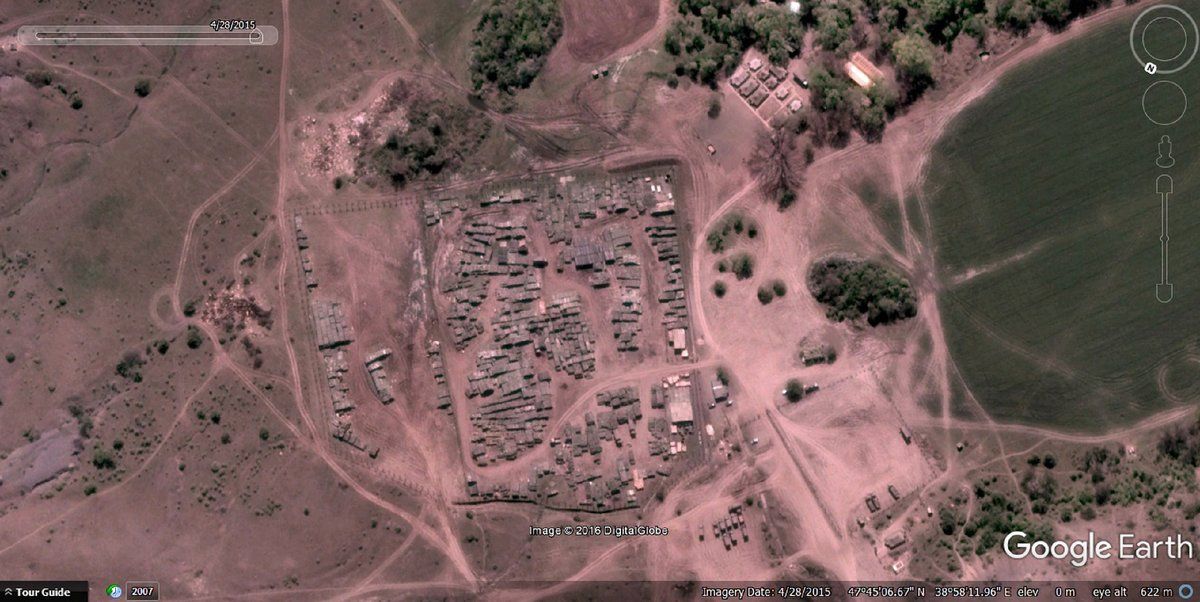 Satellite imagery has been processed to create a video showing an ammo depot in the east of Ukraine where the equipment is being brought by cargo trains from the territory of Russia.

Russia has repeatedly denied involvement in Donbas conflict and refuted accusations of supplying the pro-Russian militants with weapons, ammunition and live force.