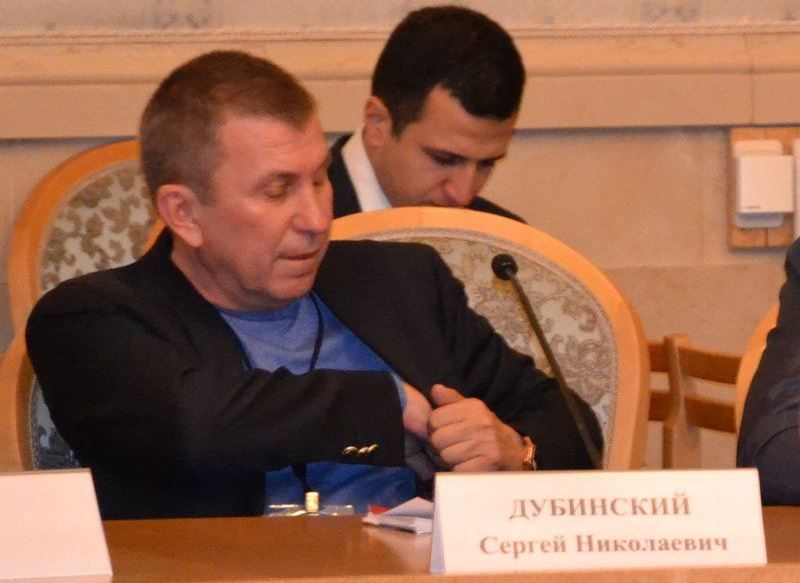 The phone conversations took place on July 17, 2014, the day when the passenger jet was downed.

In the first conversation (at 09:03), Dubinsky speaks with "Buryatik," a separatist soldier who has never been identified with certainty. Buryatik asks Dubinsky (Khmuryi) where to load a Buk-M1, which was taken by Buryatik from an unidentified location to Donetsk. After asking where to unload and hide the Buk from the truck it was towed on, Buryatik confirms to Dubinsky that the Buk came with a crew. Dubinsky tells Buryatik that there is no need to unload and hide it, but instead said that it has to go “to there” now.

Read alsoUkraine to renew search for remains at MH17 crash siteIn the second phone conversation (at 09:22), Dubinsky again speaks with Buryatik. He asks if he brought one or two Buks. He asks if he brought one or two Buks. Buryatik explains that there was a mix-up with the transfer, as they did not have or were not willing to give/loan a second vehicle to transfer another Buk with. "They" unloaded the Buk from the truck they transported it on, and the Buk crossed the border on its own and was then transported with a truck. Dubinsky then tells Buryatik that the Buk will be going to its destination with tanks from the Vostok Battalion.

Dubinsky speaks with a different person, "Sanych," in the third call (at 09:23). The SBU describes him as a fighter of the DPR and a deputy of Khmuryi (Dubinsky). In the call, Dubinsky tells Sanych that "my Buk-M" will go with "your guys," and that the Buk is on a transport vehicle now. He asks Sanych about where to take it to place it in a military convoy. Sanych says to take it to the Motel roundabout.

At 09:54, Dubinsky speaks with a new, unidentified person who is only described as a "DPR terrorist." Dubinsky tells this person to call a man called "Bibliotekar" (The Librarian), and that he will find "you know what" at the Motel roundabout. Dubinsky then instructs him to go to a spot near Pervomayskoe, and check a map for directions to the area. Once the unidentified soldier reaches the area near Pervomayskoe, Dubinsky tells him to set up and unload the remaining people he has with him. His tasks is to be in reserve and to guard the Buk-M that the person is transporting. He closes the call by saying that a man named Gyurza (The Viper) will also be at this location.

Read alsoRussia to deploy Buk missiles in occupied CrimeaThe fifth and final call, from the late afternoon or evening of July 17, 2014, is between Dubinsky and "Botsman," identified by the SBU as an officer of the Russian GRU (military intel). Dubinsky tells Botsman that his forces received a Buk-M that morning and that things will be easier now. He also mentions that "yesterday" (July 16) they shot down two Su-25s, and another today. Bellingcat notes that the exact time of the call is unclear, but was likely in the late afternoon or very early evening soon after the downing of MH17, but before it became widely known that a passenger jet was actually downed. Dubinsky was mistaken about the third "Sushka" that was shot down on the day of the call, as it was not a fighter jet he had first thought. The only plane that was shot at or downed that day was Malaysian Airlines Flight 17.

Kmuryi is also mentioned in intercepted conversations of the "Vostok" battalion commander, Alexander Khodakovsky, that took place July 18, regarding the need to retrieve key items from the MH17 crash site.

While still searching for the black boxes (Khodakovsky later mentions not knowing what they look like), he mentions that Khmuryi (Dubinsky) has a "key item," which could be a black box.

Read alsoDutch court authorizes use of MH17-related materials seized from journalistsIt is unclear what this item was, but it is clear that Sergey Dubinsky was a key organizer in efforts to find materials related to MH17 at the crash site–with an emphasis that people from "Moscow" want them secured, and that these items "do not come into somebody else’s hands."