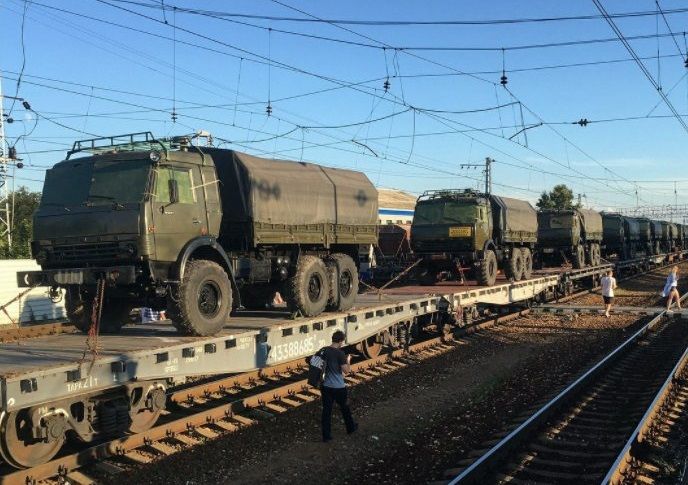 Russia has drawn conclusions from the events of 2014 and in the case of a "suitable political situation," they intend to act more promptly, Butusov told Obozrevatel.

Commenting on the report by war journalist Andriy Tsaplienko on the unprecedented movement of military equipment toward Ukraine, Butusov said: "I think that the movements may be related to the fact that Russian troops conduct rotations and exercises on the border with Ukraine and are working out an invasion scenario."

According to him, the army is an "instrument of influence," and "must be constantly prepared for certain situations." "For example, they are working out moves to counteract against Ukrainian actions or a version of certain offensive actions against Ukraine. To this end, they put their troops through constant drills and work out certain scenarios."

Read alsoDangers of joint "exercises" of Russian army and Donbas militants"They have an offensive scenario for Donbas, and I think it’s not only about Donbas but, judging by the amassing of the group, it’s also about Kharkov region," the expert added.

In this context, Butusov recalled the events that preceded the 2008 war in Georgia: "The year before, Russia conducted the Caucasus Frontier exercises to develop the amassing of forces on the border with Georgia so, when the war began, they had a worked-out plan, and a number of units carried out their task successfully. That’s how they managed to organize an invasion quickly enough."

According to the expert, the Kremlin learned its lessons from the events of 2014. Russian army has been reformed, aimed at ensuring that, as soon as there is a suitable political situation, "the invasion of Ukraine is carried out as promptly as possible."

Read alsoUkraine's General Staff speaks of threats of Russia's West-2017 drillsAt the same time, Butusov said that today he did not see any prerequisites for a large-scale offensive operation by Russia. "The units of the regular Russian army are on the territory of Ukraine, taking part in hostilities. Therefore, there is constant rotation: units come in and out of Ukraine. But the main efforts are related to the exercises in Belarus," he said.

If you see a spelling error on our site, select it and press Ctrl+Enter
Tags:RussiadrillsDonbasUkrainerotationmilitarypresence