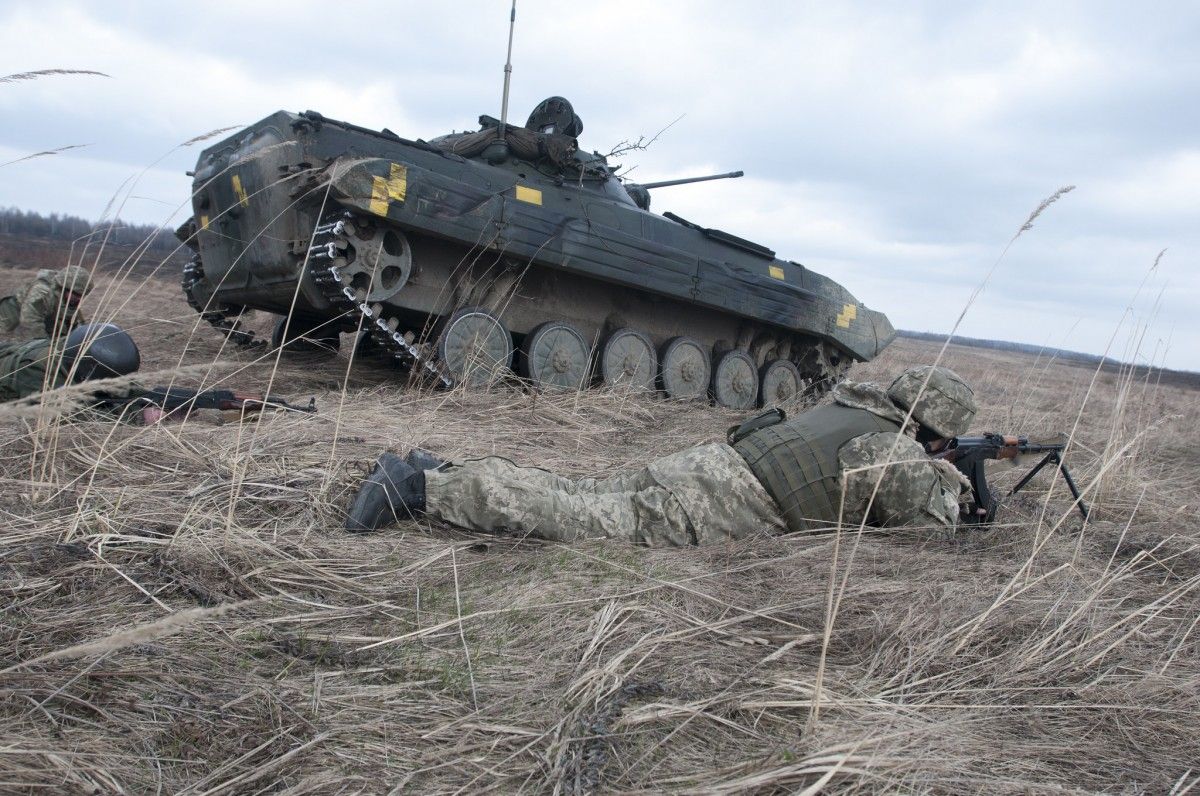 "After 18:00 local time, the enemy continued shelling the positions of the ATO forces in all sectors. They used infantry weapons," the ATO HQ said on Facebook on Tuesday, October 24.

The Armed Forces of Ukraine had to fire back 15 times, using the weapons that are not banned under the Minsk peace agreement.

Read alsoOSCE records over 200 explosions in Donbas on weekendIn the evening, Russian proxies opened fire from different types of grenade launchers and large-caliber machine guns to attack Ukrainian strongholds in the Donetsk sector, namely near the villages of Zaitseve, Kamianka, Luhanske, Verkhniotoretske, Mayorsk, Butivka coal mine, and the town of Avdiyivka.

ATO forces stationed near the town of Maryinka and the village of Starohnativka in the Mariupol sector came under enemy grenade fire in the evening.

If you see a spelling error on our site, select it and press Ctrl+Enter
Tags:RussiaATOwarDonbasPutinAtWar