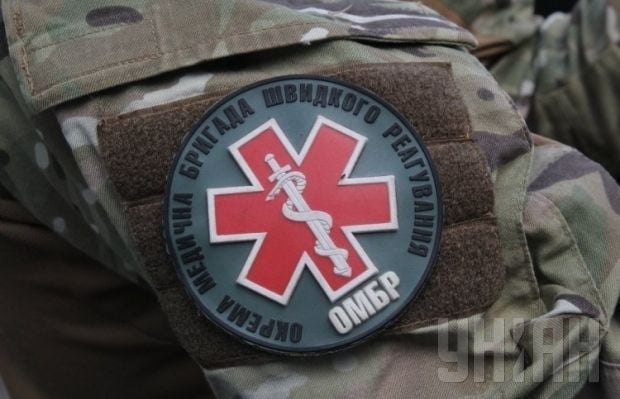 "Ukrainian military doctors have spent seven hours in an effort to save the Russian commando's life. Some 1.5 liters of blood plasma have been transfused into him. He is now in an intensive care ward, under the military doctors' supervision. His conditions is serious, but stable, he is being prepared for the next stage of medical evacuation," the press service said on Facebook on January 21.

Read alsoOlenivka incident update: One civilian killed, another wounded in shelling by occupation forcesThe ATO HQ later elaborated on how the man had been captured by Ukrainian troops after his subversive reconnaissance group had closely approached Ukrainian positions near the village of Shyrokyne in the Mariupol sector at about 17:00 local time on January 19.

"Our defenders had noticed the group in advance. The enemy soldiers realized that they had been exposed and opened fire in the direction of the Ukrainian defenders. The ATO forces had to fire back, using small arms. The commandos began to retreat, having left a wounded member of the group in the area of the skirmish," the press center said, adding that the Ukrainian troops had quickly evacuated the man after which he had received first aid.

The enemy soldier whose nom de guerre is "Maloy" ("Kiddo") was wearing a Russian-designed military uniform and a snow camouflage parka; he was carrying an AK-74 assault rifle with rounds.

If you see a spelling error on our site, select it and press Ctrl+Enter
Tags:RussiawarDonbaswoundeddoctorscaptive