However, Kravchuk refused to call the situation in Donbas "escalation of the conflict." 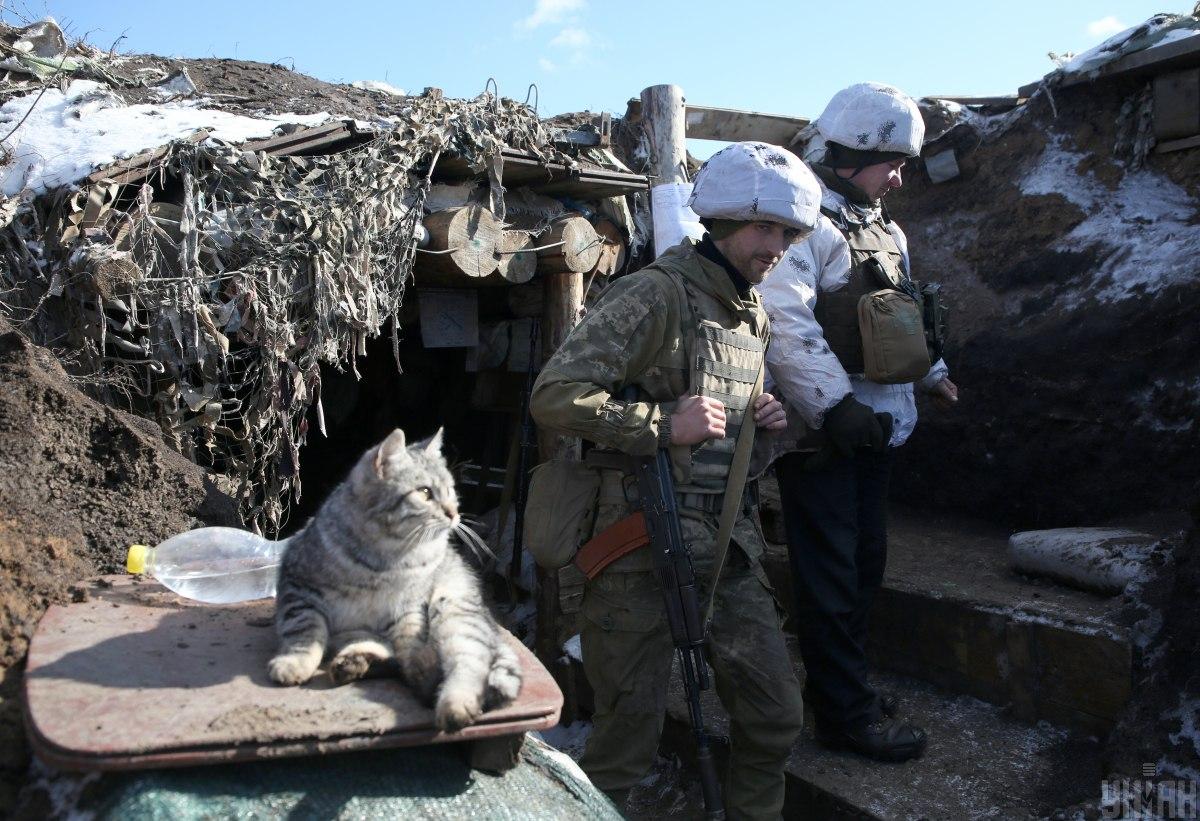 Photo from UNIAN, by Anatoliy Stepanov

A recent increase in the number of attacks by Russia-led forces on Ukrainian military positions in Donbas is linked with sanctions imposed by Ukraine on Viktor Medvedchuk, a close friend of Russian President Vladimir Putin, and his TV channels.

Ukraine's envoy who heads the Ukrainian delegation to the Trilateral Contact Group, ex-President of Ukraine Leonid Kravchuk said in an interview for the Russian bureau of Germany's DW.

Read alsoUkraine envoy Kravchuk on situation in Donbas: 'Call a spade a spade'

Kravchuk refused to call the situation in Donbas "escalation of the conflict," but admitted that an exacerbation is still taking place.

"I think this is precisely due to the fact that Ukraine has begun to be more active, that [Ukrainian President Volodymyr] Zelensky has imposed sanctions on pro-Russian channels because of their propaganda, slapped sanctions on Medvedchuk," Kravchuk said. "That is, they felt how Ukraine had moved from words to deeds. Plus, how Europe assessed the actions of Russia, the situation with Nord Stream 2, statements by [U.S. President Joe] Biden and his team ... They realized that the situation was not in their favor, and began to demonstrate that they also had the power and could do something."

However, according to Kravchuk, it is incorrect to consider the aggravation in Donbas to be Russia's direct revenge for the sanctions against Putin's ally.

"I do not think so. This is not revenge. Because they have never stopped implementing the idea that Ukraine should be 'under Russia,' never ... They have never given up the idea. Therefore, to finally break ties with Russia, we need to really become a member of the EU, a real member of NATO, and really get the status of a distinctive partner of the United States," he said.

"We know that Russia's appetites will not end with Ukraine," he added.

If you see a spelling error on our site, select it and press Ctrl+Enter
Tags:DonbasPutinsanctionsRussianAggressionMedvedchukKravchukDonbasWar