The leader of the Crimean Tatar people Mustafa Dzhemilev attended the action. 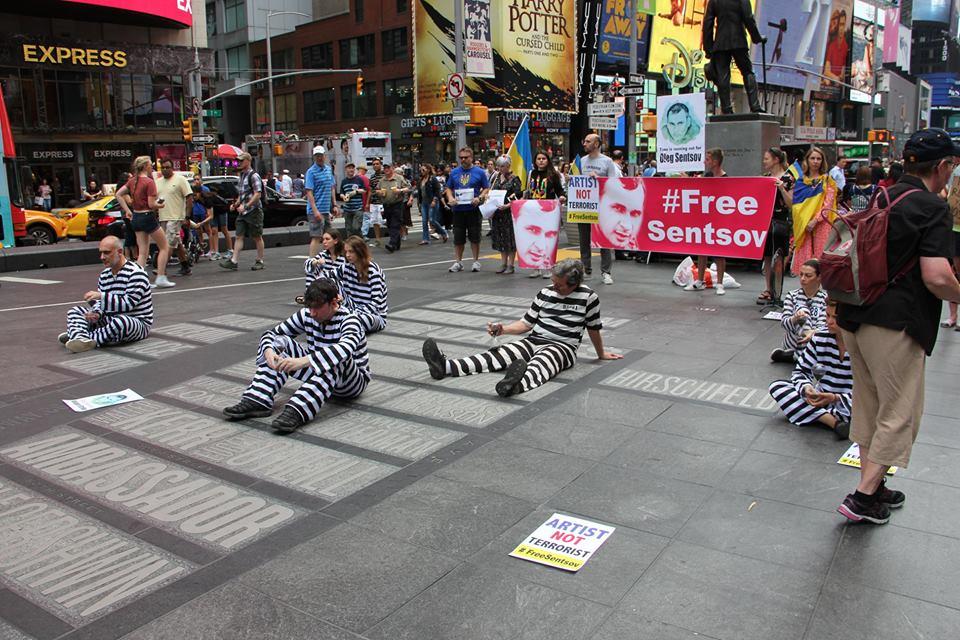 In New York, a performance-protest was held in support of Ukrainian film director Oleh Sentsov, who is continuing a hunger strike in a Russian penal colony.

Nearly fifty people set up a flash mob in Times Square demanding that Sentsov be released from prison.

Several participants in the action dressed in prison robes sat in the middle of the street holding an hourglass in their hands.

As UNIAN reported earlier, Russia's security forces detained Sentsov together in occupied Crimea in May 2014 on charges of organizing terrorist attacks on the peninsula.

Read alsoGlobal Sentsov campaign planned ahead of Russia World Cup – mediaThe Ukrainian film director declared an indefinite hunger strike on May 14, standing out against the Kremlin's actions, demanding the release of all the Ukrainian political prisoners held in Russia.