The plane crash-landed at the airfield in Olenegorsk, Murmansk region, on January 22. 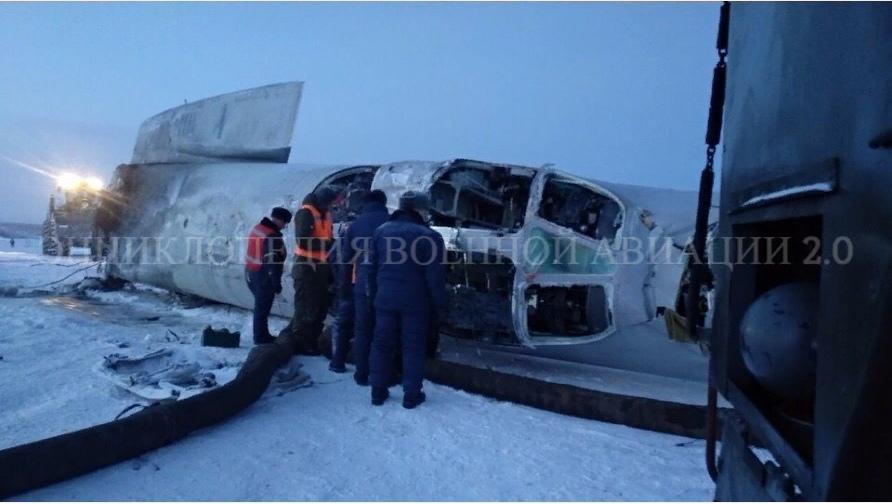 A video has leaked online of the recent crash of the Russian Tu-22M3 (NATO name Backfire-C) bomber.

The footage, uploaded on the Military Informant Telegram-channel, shows the plane breaking as the major gear touches down hard on a snowy runway and immediately catching fire.

As previously reported, the Tu-22M3 bomber crashed when landing at the airfield in Olenegorsk, Murmansk region, on January 22.

According to preliminary data, the accident was caused by a piloting error in poor weather conditions.

Two crew members were killed on the spot, while another pilot died later.

If you see a spelling error on our site, select it and press Ctrl+Enter
Tags:Russiacrashplanecrashbomber