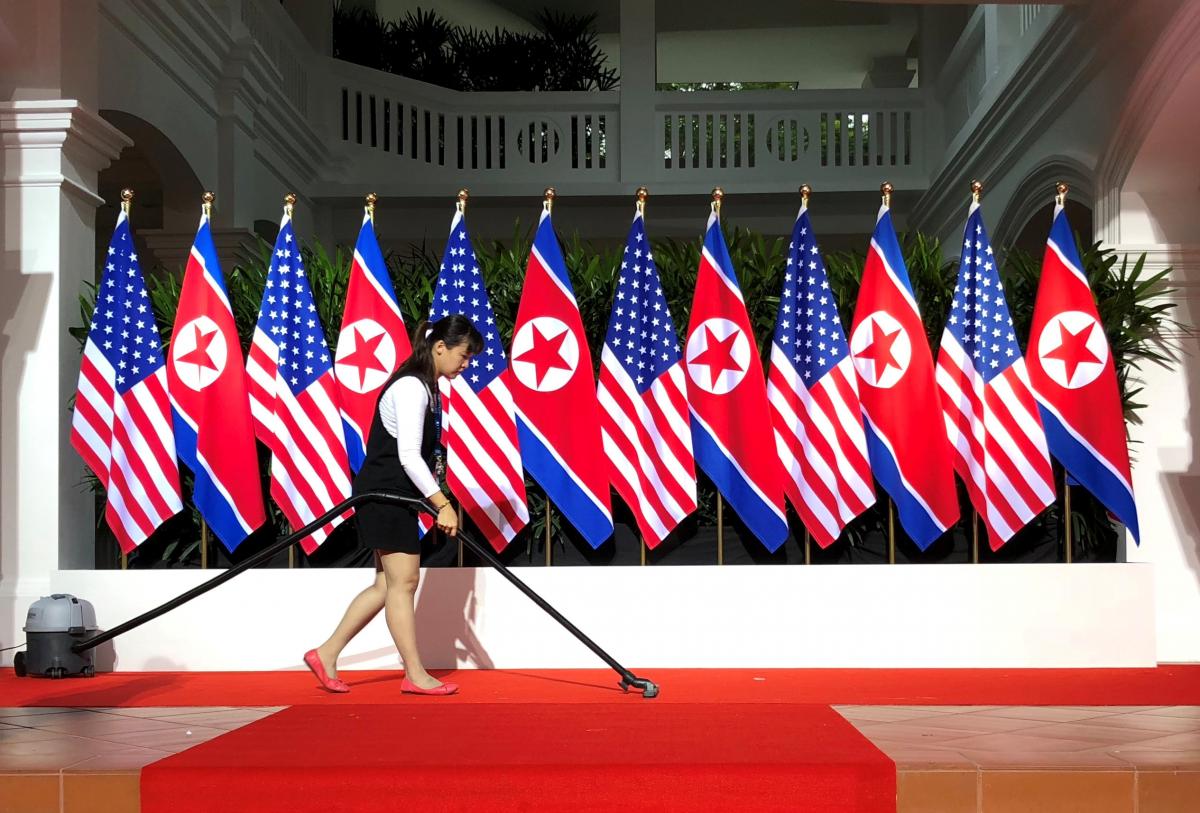 Kim Hyok Chol, who led working-level negotiations for the February summit in Hanoi, was executed by firing squad after being charged with espionage after allegedly being co-opted by the U.S., the newspaper said Friday, citing an unidentified source, Bloomberg reported.

The move was part of an internal purge Kim undertook after the summit broke down without any deal, it said.

Speculation has swirled for months about the fate of Kim Hyok Chol, who hasn't received any recent mentions in state media dispatches. Previous South Korean media reports about senior North Korean officials being executed following the talks have proven false.

Kim Jong Un's top aide Kim Yong Chol, who was also involved in the summit, is reportedly undergoing hard labor, according to the Chosun Ilbo report.

South Korea's Presidential Blue House wouldn't confirm the report on Friday, and advised media not to jump to conclusions. "We think that hasty judgement or commenting on this situation is not appropriate," it said.