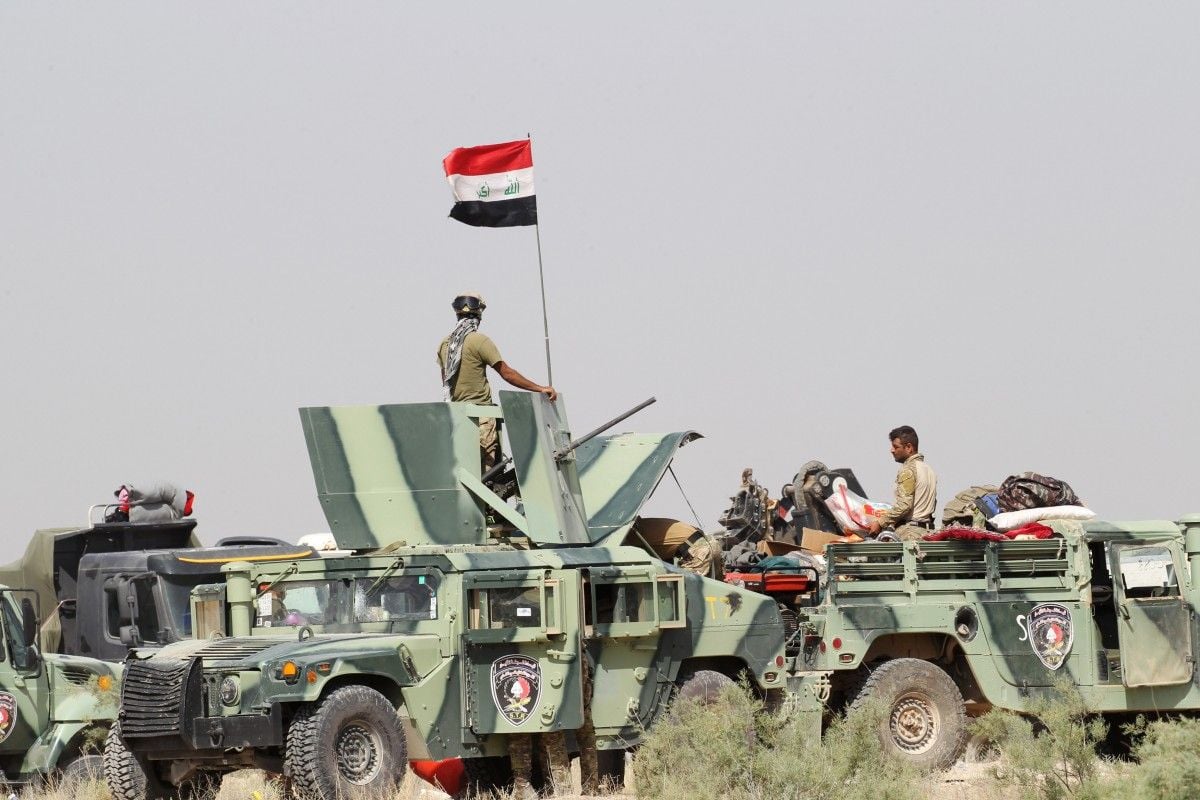 Iraqi troops have entered the northwestern al-Julan neighborhood, the last area of Fallujah to remain under IS control, the head of the counterterrorism forces in the operation, Lt. Gen. Abdul-Wahab al-Saadi, told The Associated Press.

Al-Saadi said the operation, which began in late May, "is done and the city is fully liberated." The Iraqi army was backed by U.S.-led coalition airstrikes and paramilitary troops, mostly Shiite militias.

"From the center of al-Julan neighborhood, we congratulate the Iraqi people and the commander in chief... and declare that the Fallujah fight is over," he told Iraqi state TV, flanked by military officers and soldiers. Some of the soldiers were shooting in the air, chanting and waving the Iraqi flag.

He added that troops will start working on removing bombs from the city's streets and buildings.

The announcement comes more than a week after Iraqi Prime Minister Haider al-Abadi declared victory in Fallujah after Iraqi forces advanced into the city center and took control of a government complex. While al-Abadi pledged the remaining pockets of IS fighters would be cleared out within hours, fierce clashes on the city's northern and western edges persisted for days.

The operation has fueled an exodus of thousands of families, overwhelming camps for the displaced run by the government and aid groups.

Read alsoISIS changes tactics: 1st attack in Jordan – mediaAccording to the U.N. Refugee Agency, more than 85,000 people have fled Fallujah and the surrounding area since the offensive began. Like other aid agencies, the UNHCR warned of the dire conditions in the camps, where temperatures are well over 40 degrees (104 Fahrenheit) and shelter is limited, calling for more funds to meet the mounting needs of the displaced.

Fallujah has been under the control of Islamic State militants since January 2014.

Fallujah, which is located in Anbar province about 40 miles (65 kilometers) west of Baghdad, was the first city to fall to IS in January 2014. During an insurgency waged by IS group's militant predecessor, al-Qaida in Iraq, Fallujah was the scene of some of the bloodiest urban combat with American forces. In 2004, more than 100 U.S. troops died and another 1,000 were wounded fighting insurgents in house-to-house battles.

IS extremists still control significant areas in northern and western Iraq, including the country's second-largest city of Mosul. The group declared an Islamic caliphate on the territory it holds in Iraq and Syria and at the height of its power was estimated to hold nearly a third of each country.

In total, more than 3.3 million Iraqis have fled their homes since IS swept across northern and western Iraq in the summer of 2014, according to U.N. figures. More than 40% of the displaced are from Anbar province.