The New York Times: Obama bans drilling in parts of the Atlantic, the Arctic 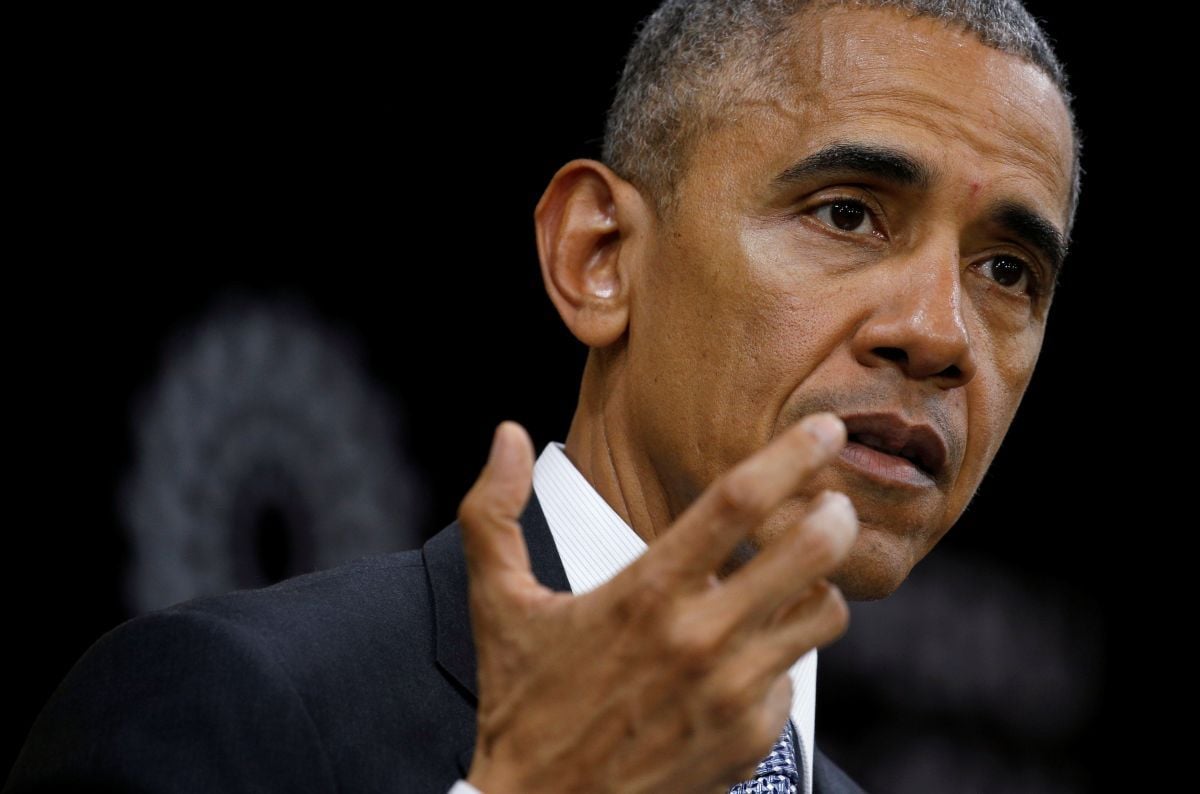 Mr. Obama invoked an obscure provision of a 1953 law, the Outer Continental Shelf Lands Act, which he said gives him the authority to act unilaterally, The New York Times reported.

While some presidents have used that law to temporarily protect smaller portions of federal waters, Mr. Obama's declaration of a permanent drilling ban from Virginia to Maine on the Atlantic and along much of Alaska's coast is breaking new ground. The declaration's fate will almost certainly be decided by the federal courts.

"It's never been done before," said Patrick Parenteau, a professor of environmental law at the University of Vermont. "There is no case law on this. It's uncharted waters."

The move — considered creative by supporters and abusive by opponents — is one of many efforts by Mr. Obama to protect the environmental policies he can from a successor who has vowed to roll them back. The president, in concert with United Nations leaders, rushed countries to ratify the Paris Agreement on climate change, putting the multinational accord into force in record time, before Mr. Trump's inauguration.

Environmentalists are already drawing comparisons between Mr. Obama's use of the 1953 law to ban new drilling to what critics and opponents called his novel and audacious efforts to craft new climate change regulations: He turned to an obscure, rarely used provision in the 1970 Clean Air Act to write sweeping regulations that would require states to shift their electricity systems from fossil fuels to renewable energy sources.

But other presidents who have invoked old laws to enact new policies have not run up against successors like Mr. Trump.

Read alsoRussian Defense Minister doesn't rule out military action to defend Russia's interests in ArcticHe has mocked climate change as a hoax perpetrated by China and has attacked Mr. Obama's environmental regulations as job-killers. More important, he has promised to make fossil fuel mining and drilling across the nation's lands and waters a central feature of his economic program. As such, he is not likely to let Mr. Obama's drilling ban go unchallenged.

In many cases, Mr. Trump and a Republican Congress in line with the new president's ambitions will be able to roll back some of Mr. Obama's most recent environmental regulations. But because of new and legally inventive strategies, Mr. Obama and his staff may well have built firewalls around environmental policies that could hold off his successor — or at least keep him at bay for several years.

Tuesday's announcement would ban drilling in about 98 percent of federally owned Arctic waters, or about 115 million acres, a pristine region home to endangered species including polar bears and bowhead whales. It would also block drilling off the Atlantic Coast around a series of coral canyons in 3.8 million acres stretching from Norfolk, Va., to the Canadian border. The coral canyons are home to unique deepwater corals and rare species of fish.

Read alsoU.S., Canada agree on climate change measures"These actions, and Canada's parallel actions, protect a sensitive and unique ecosystem that is unlike any other region on earth," said Mr. Obama in a statement. "They reflect the scientific assessment that even with the high safety standards that both our countries have put in place, the risks of an oil spill in this region are significant and our ability to clean up from a spill in the region's harsh conditions is limited."

"We don't see how this could be permanent," said Andrew Radford, a senior policy adviser with the American Petroleum Institute, which lobbies for oil companies.