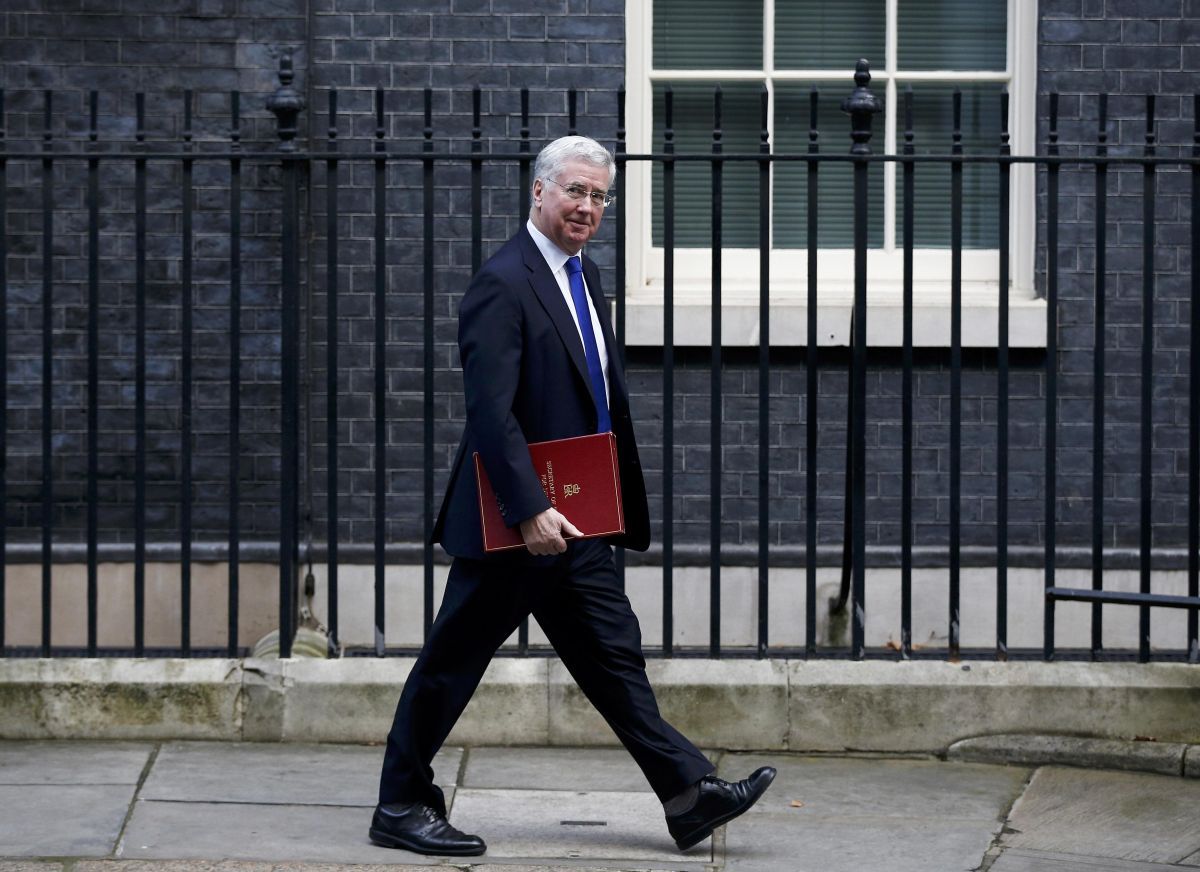 He said the Kremlin was guilty of "weaponising misinformation" in a sustained campaign of destabilisation against the West, and he warned that NATO must do more to counter the threat.

Accusing the Russian government of "routinely lying", the defense secretary claimed there was a "persistent pattern of behaviour" and gave examples of Russian cyberattacks, including:

- The taking off air of France's TV5Monde television station in April 2015;

- The targeting of Germany's lower house of parliament by hackers later the same year which shut down its network;

- The hacking of the Democratic and Republican parties during the U.S. presidential election campaign last year.

Sir Michael also highlighted warnings of Kremlin interference in the forthcoming German elections as well as the disruption of elections in Montenegro and the Dutch referendum on an EU-Ukraine treaty.

Read alsoStoltenberg warns of spike in cyber attacks on NATOHis blunt warning came in a speech at his old university St Andrews, one of the main centres for Russian studies in the UK, and is bound to have been cleared by Downing Street.

In his speech, Sir Michael said Russia's actions could not be regarded as "business as usual" and that President Putin had chosen to become a "strategic competitor" of the West.

He said: "Today we see a country that in weaponizing misinformation has created what we might now see as the post-truth age. Part of that is the use of cyber-weaponry to disrupt critical infrastructure and disable democratic machinery.

Read alsoFormer Ukraine finance minister to CNN: Russia wants to upend Western democracy"Russia is clearly testing NATO and the West. It is seeking to expand its sphere of influence, destabilize countries and weaken the alliance. It is undermining national security for many allies and the international rules-based system. Therefore it is in our interest and Europe's to keep NATO strong and to deter and dissuade Russia from this course."

Fallon warned: "NATO must defend itself as effectively in the cyber sphere as it does in the air, on land, and at sea so adversaries know there is a price to pay if they use cyber weapons."

Sir Michael also said more must be done to "call out" messengers such as the Kremlin-backed RT television station and Sputnik news agency responsible for spreading "Soviet-style misinformation".