Bloomberg: Merkel's efforts to get Trump to take a harder line on Russia may be paying off 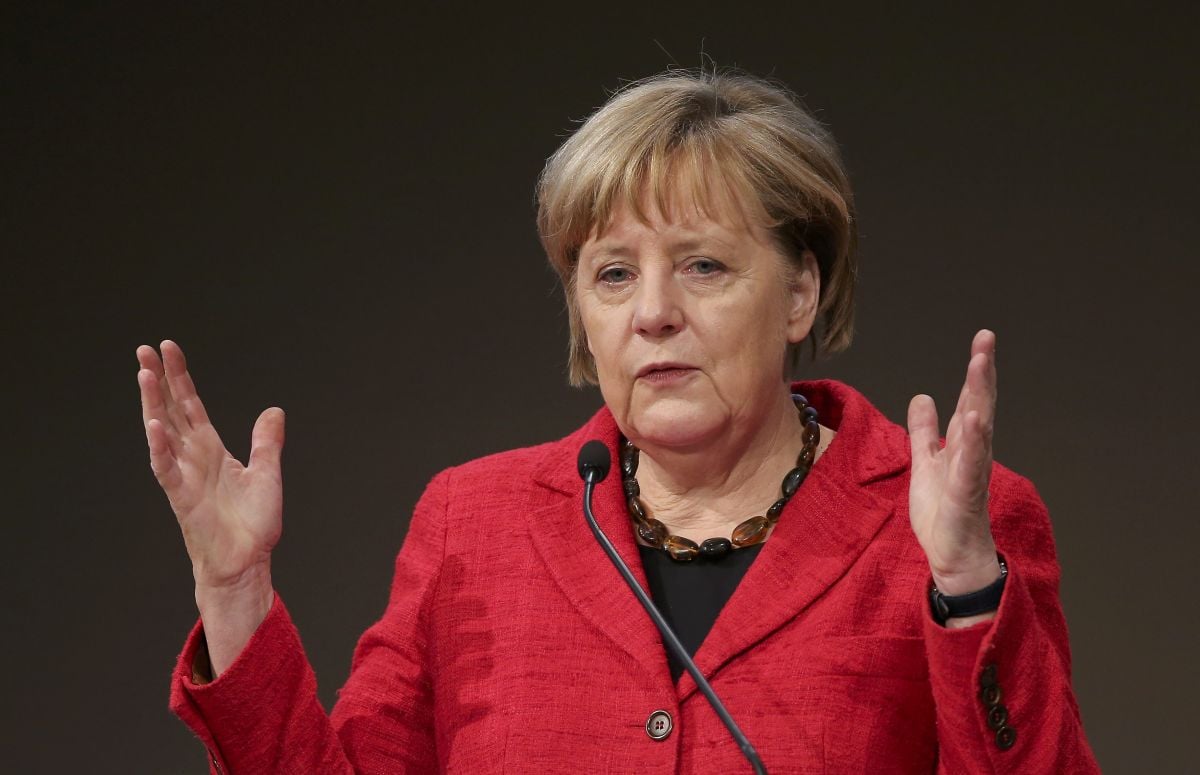 The call was Merkel's second in three weeks with Putin to discuss the conflict in Ukraine, a regular back channel to the president that she uses to press him to hold to the terms of the stalled peace process she helped negotiate, Bloomberg reported.

Ensuring the so-called Minsk process remains alive is among Germany's top foreign policy priorities – one that had looked to be in danger of collapse as Trump's quest for better relations with Russia raised doubts about the U.S. commitment to Ukraine. This weekend in Munich, European officials got what they needed from the administration for now, while conceding that many question marks still hang over Trump's views on Russia.

"It's quite clear the message Merkel has given to the U.S.: If the violence continues to rage in the east of Ukraine, how are you going to stop it? How are you going to get them to the negotiating table again? Are you going to let Putin set the agenda?" said Judy Dempsey, senior fellow at Carnegie Europe in Berlin. "And they listened."

Two years ago this month, Merkel and French President Francois Hollande negotiated a cease-fire and road map to peace for Ukraine during all-night talks in Minsk, Belarus, with Putin and his Ukrainian counterpart, Petro Poroshenko. The chancellor has stuck doggedly to the cause ever since, regularly calling Putin to remind him that she's not about to change her stance.

Read alsoU.S. Embassy in Kyiv: Russian recognition of "DPR/LPR" passports inconsistent with Minsk"We cannot give up on the principle of territorial integrity," Merkel told the annual Munich Security Conference on Saturday. "We owe that not only to Ukraine, but to many other countries and to ourselves." A political solution is needed "and I'm ready to devote a lot of time and energy to this, and to keep working at it even in the face of disappointments," she said.

While the Minsk process itself has faltered, a greater roadblock appeared as President Trump hinted at rolling back sanctions first imposed on Russia after the annexation of Ukraine's Crimea peninsula in March 2014. Such a move would remove leverage over Putin while dealing a political defeat to Merkel in an election year.

So Germany made efforts to persuade Trump of the importance of maintaining penalties on Russia, both in calls between Merkel and the president and via its European allies, according to a German government official with knowledge of the diplomacy. Sanctions and the importance of NATO were among the policy priorities raised by European leaders in their individual calls with Trump, in a coordinated effort to impress Europe's agenda on the president, according to the official, who asked not to identify discussing strategy.

In lieu of a face-to-face meeting with Trump, the diplomacy by Merkel seemed to pay off. First, Trump tweeted that he didn't know Putin. On February 15, on the eve of Vice President Mike Pence's first trip to Europe, he issued a tweet saying that "Crimea was TAKEN by Russia."

Read alsoU.S. Vice President says Russia bears responsibility for war in Donbas (Video)The following day, Secretary of State Rex Tillerson, in his first European tour since taking office, backed Franco-German efforts to scale back the violence in eastern Ukraine. Then Pence used his first speech on the global stage to tell an audience of diplomats, political leaders and security officials in Munich that "with regard to Ukraine we must hold Russia accountable" and ensure the Russians abide by the Minsk agreement.

After meeting Merkel on the sidelines of the security forum on Saturday, Pence "thanked the Chancellor for her leadership on Ukraine," according to a statement.

To be sure, the conflict is no closer to resolution. A meeting of the so-called Normandy format comprising the French, German, Russian and Ukrainian foreign ministers took place in Munich without any sign of a breakthrough in the stalled peace process.

Poroshenko, who was also in Munich, still praised the signs of renewed U.S. commitment to the peace process. He listed calls in the last two weeks with Trump and Tillerson and "a very effective meeting" with Pence that showed him the U.S. "is our strong supporter." The Trump administration agrees with Ukraine's government on "the de-occupation of the east of my country" and Crimea, he said.

For Anne Applebaum, author of "Iron Curtain" and a participant at the Munich conference, Trump's position on Ukraine remains unclear even if Tillerson, Pence and others "all think Merkel's position is very important and they care about it a lot."

"I don't know whether Trump knew what the Minsk agreement is. I am not sure he understands why there are sanctions on Russia," Applebaum said. "Merkel like the other allies is playing a role in educating Trump."