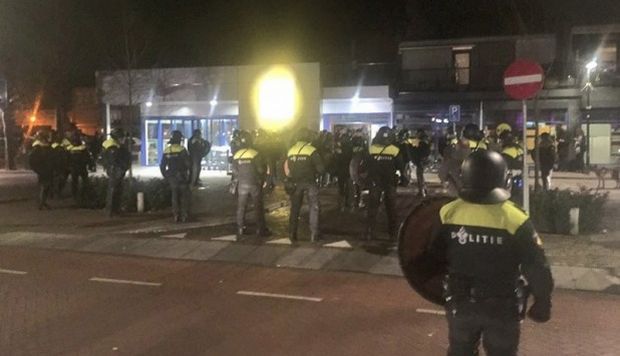 Ties between the Turkish and Dutch leaders became particularly strained at the weekend after two Turkish ministers were barred from addressing rallies in Rotterdam, with one of them escorted to the German border. The rallies aimed to encourage a large number of Turks living in Europe to vote yes in a referendum expanding the president's powers, BBC News reported.

Explaining their decisions, the authorities in Germany, Austria and the Netherlands cited security concerns or said the rallies could stoke tensions.

Mr Erdogan likened the Netherlands to "a banana republic", demanded international organizations impose sanctions on the Netherlands, and accused countries in the West of "Islamophobia".

Read alsoLower House of Dutch Parliament supports ratification of Ukraine-EU Association Agreement"I have said that I had thought that Nazism was over, but I was wrong. Nazism is alive in the West," he added.

Prime Minister Lars Lokke Rasmussen said he was concerned that "democratic principles are under great pressure" in Turkey.

He added that he had postponed the meeting because: "With the current Turkish attacks on Holland the meeting cannot be seen separated from that."