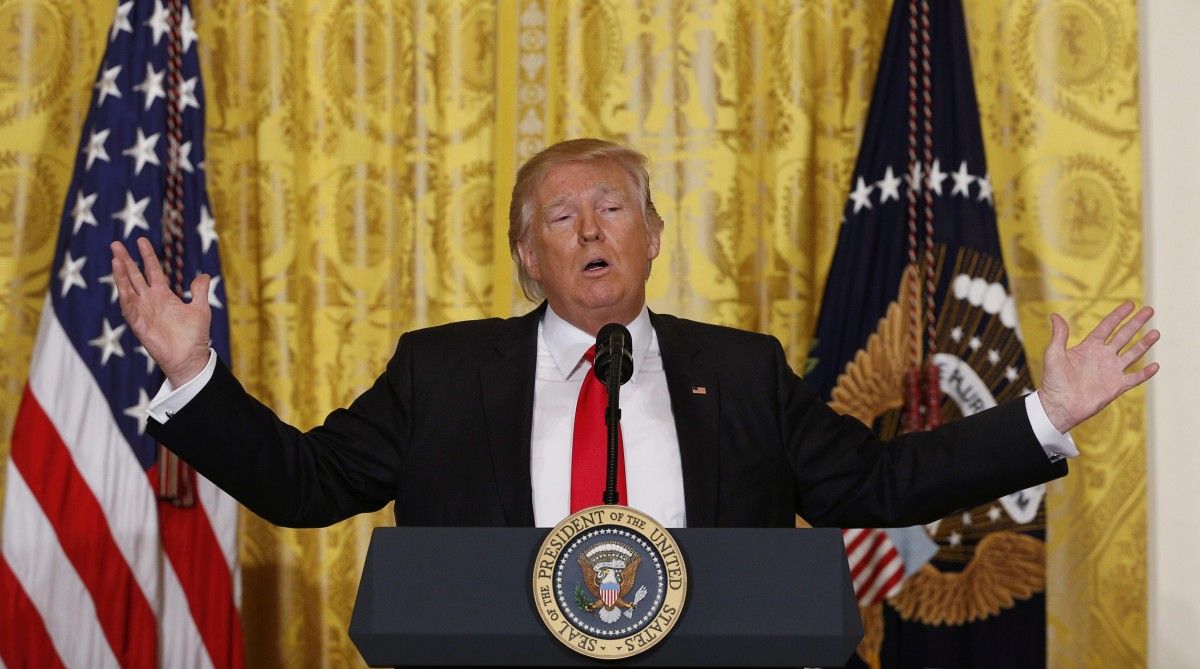 Devin Nunes, head of the House of Representatives intelligence committee, made the remark on Fox News, the BBC reported.

On Monday, FBI Director James Comey will testify before the committee.

Read alsoPutin spox confirms Russia's envoy met with Trump aides during campaign - mediaMr Trump has branded suggestions that he or associates on his campaign had contact with Russian intelligence as "fake news".

But two senior officials in the Trump administration have been caught up in the affair: Attorney-General Jeff Sessions and Mr Trump's National Security Adviser Michael Flynn.

Read alsoRussia paid ex White House adviser Flynn $67,000, documents show - RFE/RLMr Sessions has removed himself from the FBI inquiry after being accused by Democrats of lying under oath when he testified at a January confirmation hearing that he had "no communications with the Russians" before it emerged that he had met Moscow's ambassador to the U.S. Sergei Kislyak during the campaign.

Mr Flynn was fired last month after he misled the White House about his conversations with the Moscow diplomat, allegedly regarding U.S. sanctions.

Mr Nunes, a Republican, said the leaking of Mr Flynn's name was the only crime "that we know that's been committed".

Both the House and Senate intelligence committees are currently looking into the possibility of Russian interference during the election.

The White House has asked both committees to investigate Mr Trump's claims that his predecessor ordered a wiretap on his phones during the campaign.

Mr Trump has provided no evidence and senior Republican and Democratic officials have dismissed the claim.

Mr Nunes also told Fox News on Sunday that a review of justice department documents provided on Friday indicated there was no such wiretap.