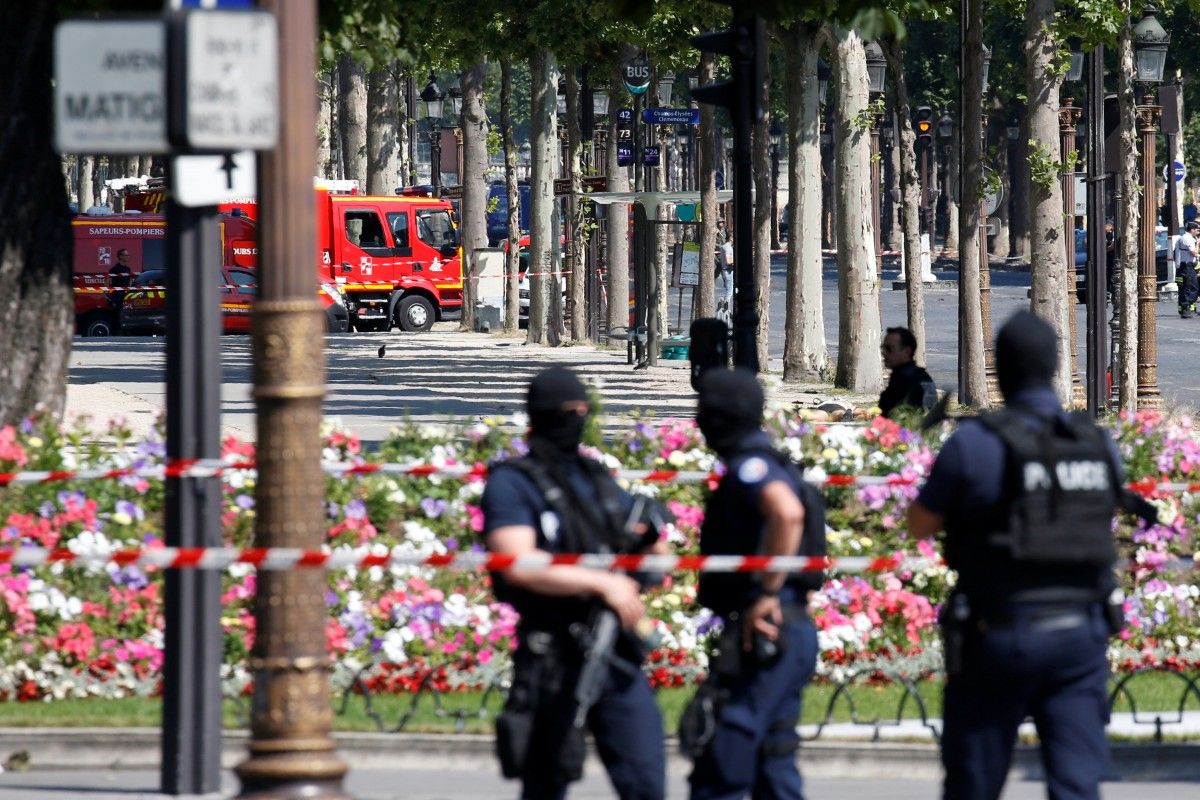 The car hit the front of the van as it was overtaking a convoy of police vehicles, a police spokeswoman said. Footage recorded shortly afterwards showed orange smoke billowing from the car, as reported by Reuters.

France has been on high security alert following a series of militant Islamist attacks in recent years, including the shooting of a policeman in an Islamic State-claimed attack on a police bus on the Champs Elysees in April.

The Paris prosecutor's counter-terrorism unit said an investigation had been opened into the incident only a short walk away from the Elysee presidential palace and the U.S. embassy. No bystanders or police were hurt. It was not clear how the driver of the car had died.

"This once again shows that the threat level in France is extremely high," Collomb told journalists not far from the scene.

A police source told Reuters that the man was known to security services.

President Emmanuel Macron said last month his government would ask parliament to extend wider search and arrest powers granted under a state of emergency called after Islamist gunmen and suicide bombers killed 130 people in and around Paris in November 2015.

Some magistrates and human rights groups have protested in recent weeks against the proposal that would enshrine in ordinary law measures currently in place under the state of emergency.

If you see a spelling error on our site, select it and press Ctrl+Enter
Tags:FrancepoliceParisvan