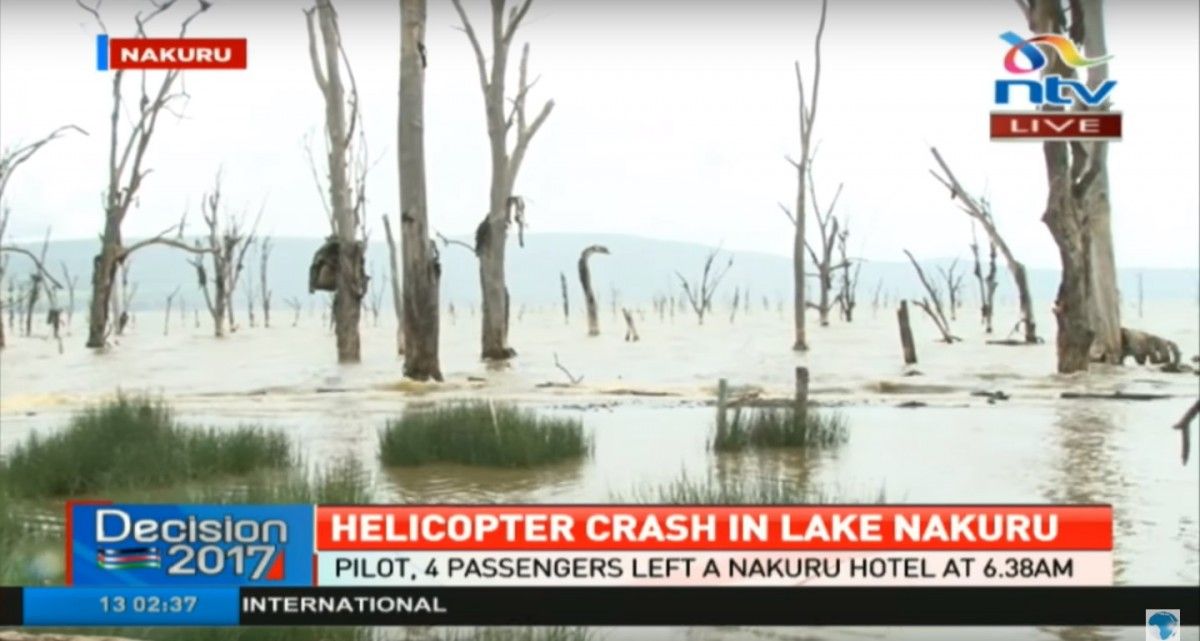 Eyewitnesses said that the helicopter was flying low before it crashed, 112.ua reports.

Read alsoMilitary An-12 crashes in Congo, killing 12 – mediaThere were five people on board: a pilot and four journalists. They all died.

The team in the helicopter was heading to a campaign rally.

As UNIAN reported earlier, An Antonov An-12 military transport plane crashed in Congo on September 30, killing its 12 crew members. The Ukrainian Foreign Ministry confirmed the death of a Ukrainian citizen.

If you see a spelling error on our site, select it and press Ctrl+Enter
Tags:helicoptercrashjournalists