Russia goes to war with Winter Olympics ban - The Guardian 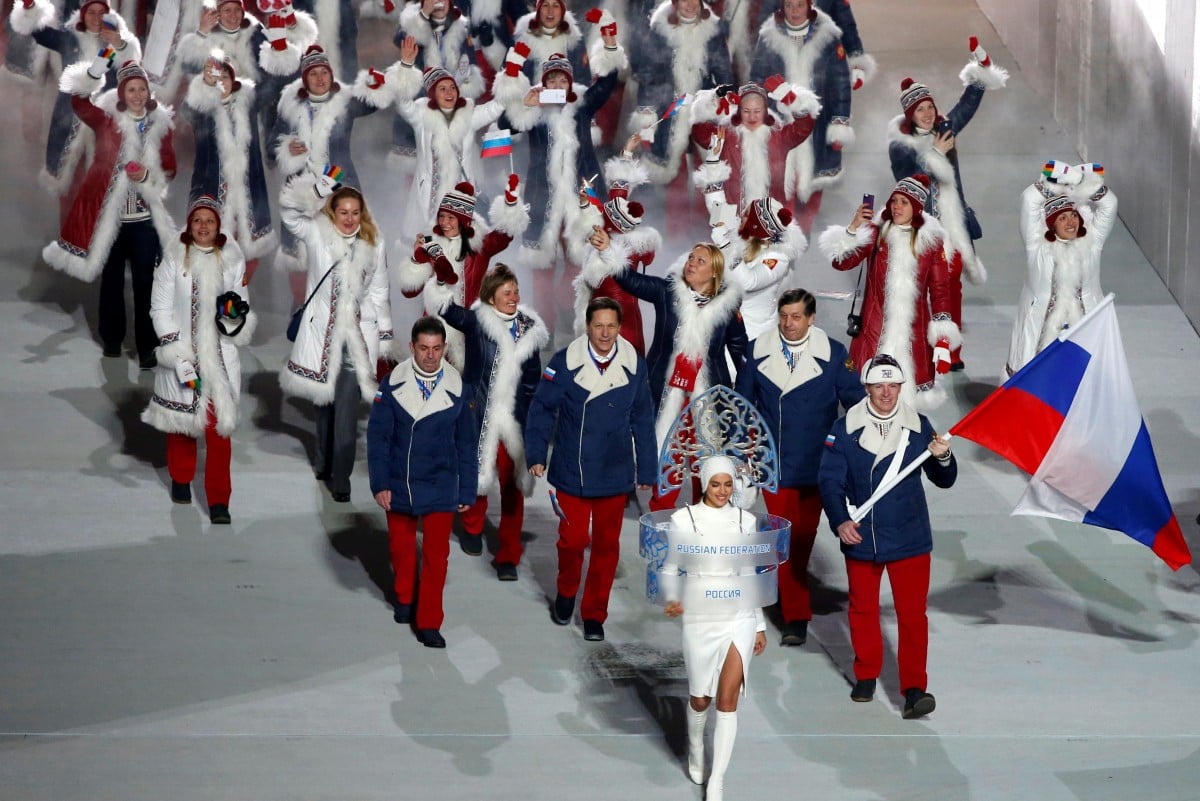 On sulphurous television chat shows this week, Russian athletes considering competing under a neutral flag at the upcoming Winter Olympics were compared to wartime collaborators and traitors. The second world war was evoked repeatedly. “Try telling them that the flag isn’t important,” wrote one Kremlin-friendly journalist on Twitter, alongside a photograph of Red Army soldiers lifting the Soviet flag above the Reichstag in 1945, Shaun Walker wrote for The Guardian.

The ban on the Russian flag and anthem from the Pyeongchang Games next year, combined with the slow‑drip withdrawal of medals from athletes guilty of doping at Sochi four years ago, has left Russians furious. From the Russia president, Vladimir Putin, there has been a surprisingly low‑key response, suggesting individual athletes who want to travel to South Korea and compete under a neutral flag should be free to do so. But elsewhere in the country, the ban has been greeted with even more fury than political sanctions or diplomatic expulsions.

Read alsoRussian team suspended from Pyeongchang Winter Games, clean athletes may compete under Olympic flagPartly, Russia’s obsession with the Olympics medals table is a legacy of the Soviet mania for achievements and records. But there is also another reason, which is that modern Russia has had precious little to celebrate over the past generation, during which the Soviet Union collapsed and many Russians found themselves consumed by social, economic and existential woes. Putin’s presidency has been about trying to restore a sense of pride to Russia, and any sense of being a “winning” nation is a precious feeling in a country that has had little to cheer about in recent years. The idea of winning became very important.

Primarily, Putin used the Soviet victory in the second world war as the building block on which to base a new Russian national pride, the author says. The wartime rhetoric about the IOC ban this week is not accidental: the war victory has penetrated virtually every sphere of public life by this point and has gradually became less about remembering the feats of veterans and more about projecting the might of a new, victorious Russia.

The 2014 Sochi Olympics were meant to be a contemporary equivalent to 1945 – a new date to rally Russians around a patriotic idea and unite the nation. In the end, 2014 was indeed a watershed year, but more because of the annexation of Crimea and the war in eastern Ukraine than because of the Olympics.

Russia was hit with sanctions and opprobrium for its actions in Ukraine that year, and now is dealing retrospectively with the consequences of its alleged doping programme at the Olympics. In both cases, the sense among many Russians is that the country is being unfairly victimised.

Certainly, the more evidence of the Russian scheme to cheat the anti-doping policy there is in the public domain the better. But it is debatable whether in the current climate, hard evidence would make any difference. After all, a poll shows that only 5% of Russians believe Moscow or Russia‑backed separatists were responsible for shooting down a Malaysia Airlines passenger jet over eastern Ukraine in 2014, despite all the evidence to the contrary.

Read alsoRFE/RL: Russian nationalists disrupt screening of film about Ukraine conflictOne consequence of the elevation of the second world war victory to a quasi-religious narrative is that it has made it easier to transpose the events of the war years on to modern-day Russia. Instead of looking to their officials for an explanation of how the country got into this mess, many Russians instead see their country as heroically standing up to a monstrous external aggressor once again, whether it is on the battlefields of eastern Ukraine or the ski slopes of Sochi.

If you see a spelling error on our site, select it and press Ctrl+Enter
Tags:RussiaCrimeabanUkrainePutinreactionIOCwinterolympics