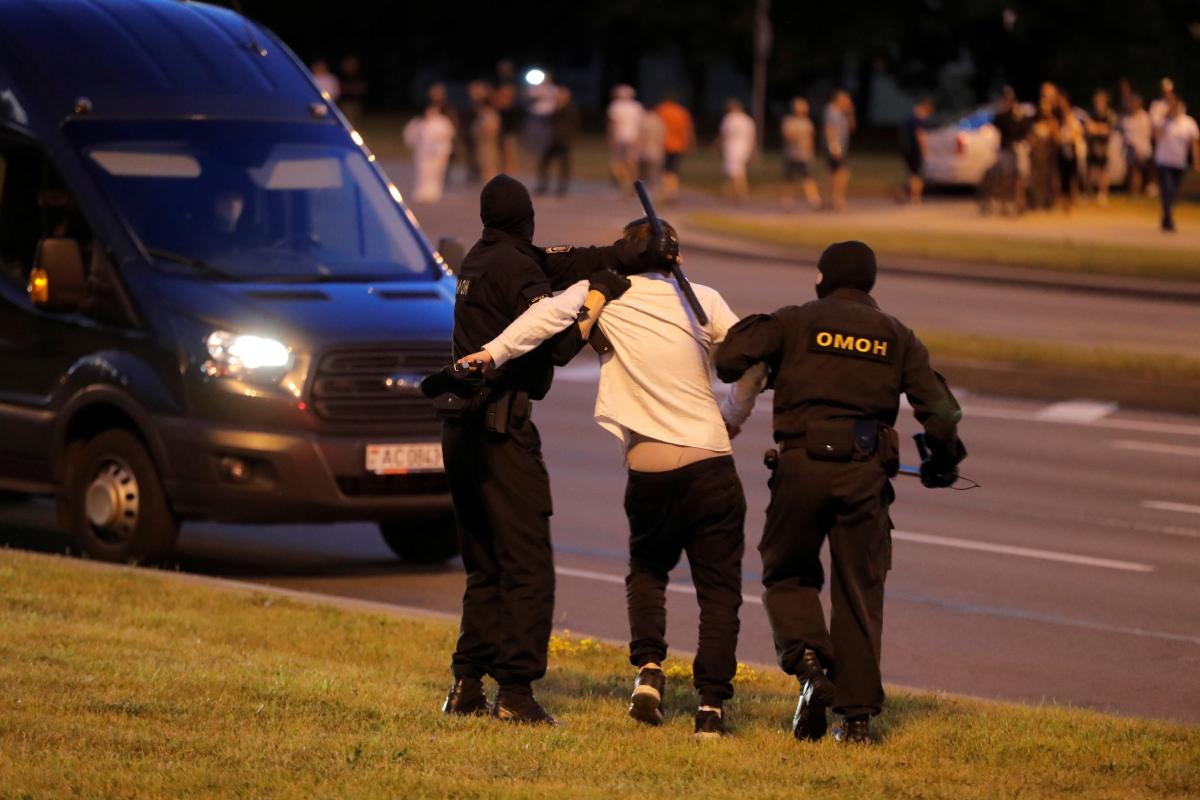 Belarusian police detained 170 people overnight after the election day in Belarus, according to preliminary reports.

The detainees include human rights activists, journalists, observers who worked at the polling stations.

In particular, law enforcement agencies apprehended Elena Redkova, who is an authorized representative of presidential candidate Svetlana Tikhanovskaya, along with Tatyana Bosyuk, a member of her headquarters.

Viasna's lists also include people contact with whom has been lost since August 8.

As UNIAN reported earlier, the presidential elections were held in Belarus on August 9. Early voting began on August 4 and ended at 20:00 local time on Sunday, August 9.

According to the national exit poll, incumbent President of Belarus Alexander Lukashenko is gaining 79.7% of the vote in the elections.

After the publication of exit poll findings, thousands of Belarusians took to the streets of Minsk and other cities, which resulted in spontaneous protests and clashes with law enforcement agencies. The police fired water cannons, tear gas and stun grenades in a crackdown on protests.

Local media reported about the first death during the clashes. A young man, Evgeny Zaichkin, was killed during the protest.

By Monday morning, the situation in Minsk had reportedly returned to normal. The Investigative Committee of Belarus is inspecting the sites of yesterday's actions in the center of the city. An investigative group is working there, and officials ask passers-by not to interfere with their work.

Rallies were also reported in such Belarusian cities and towns as Baranovichi, Brest, Kobyin, Pinsk, Lida, Grodno, Maladzyechna, Mogilev, Vitebsk, Babruysk, and others.

Leaders of European countries have condemned the violent dispersal of protesters in Belarus.

If you see a spelling error on our site, select it and press Ctrl+Enter
Tags:BelarusprotestselectionsMinsk