The human rights center Viasna reported that in the capital alone, 158 detainees had already been confirmed. 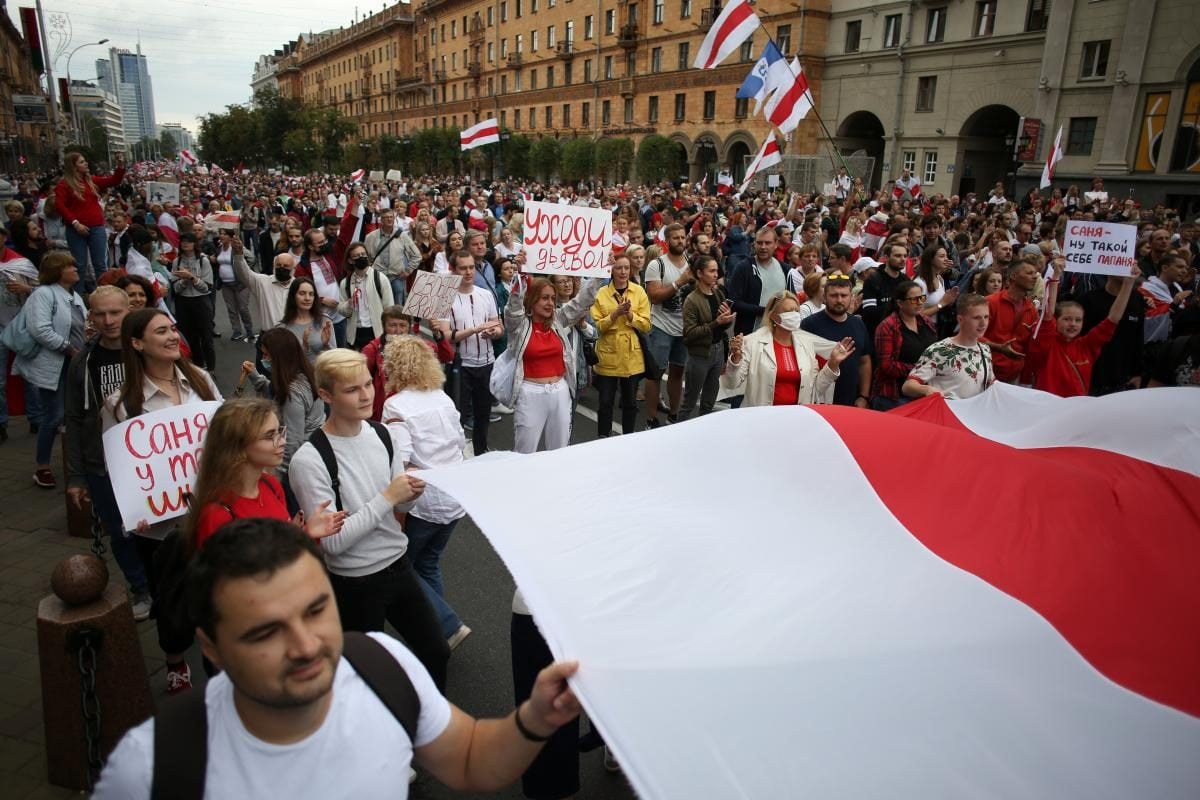 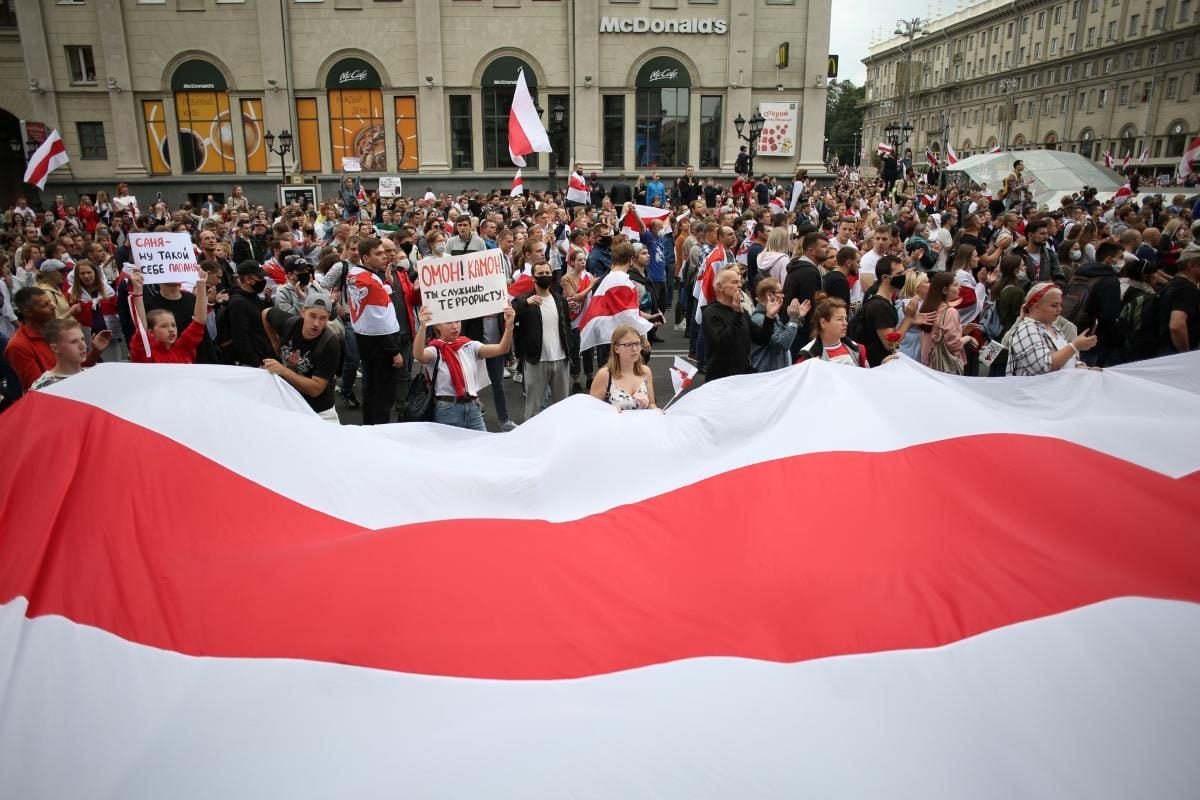 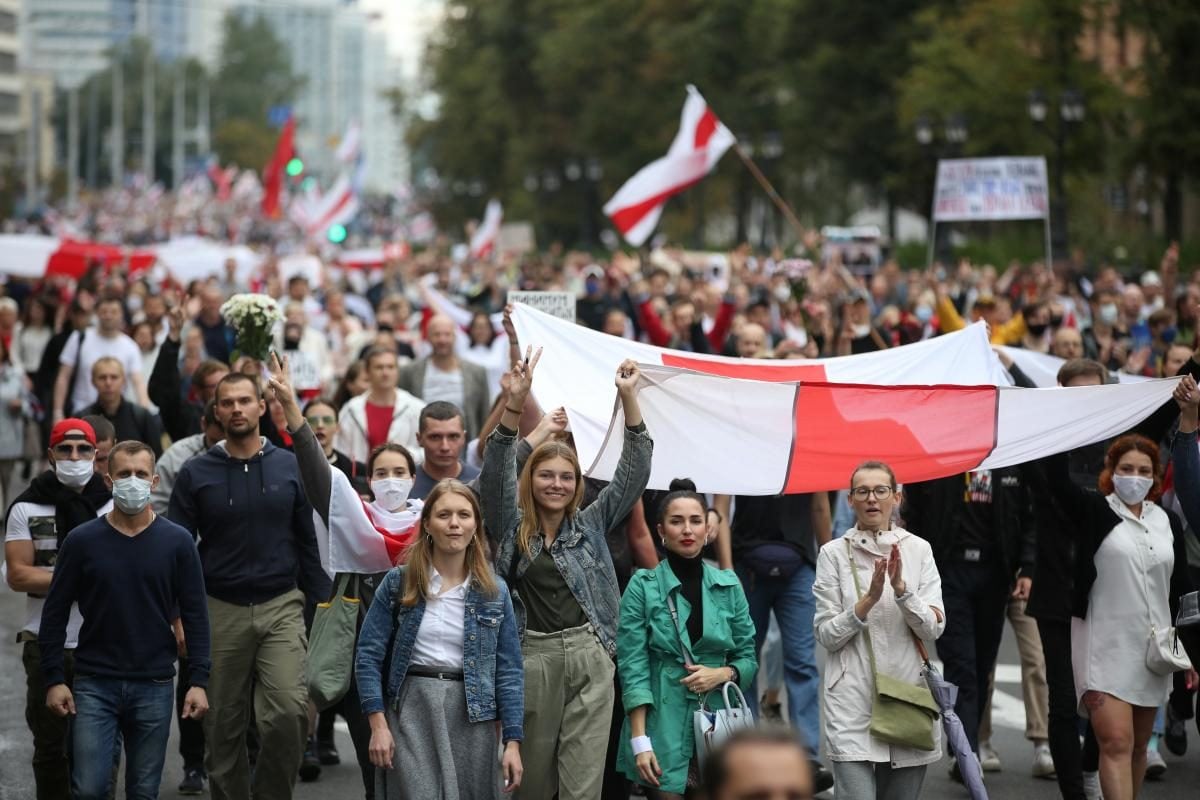 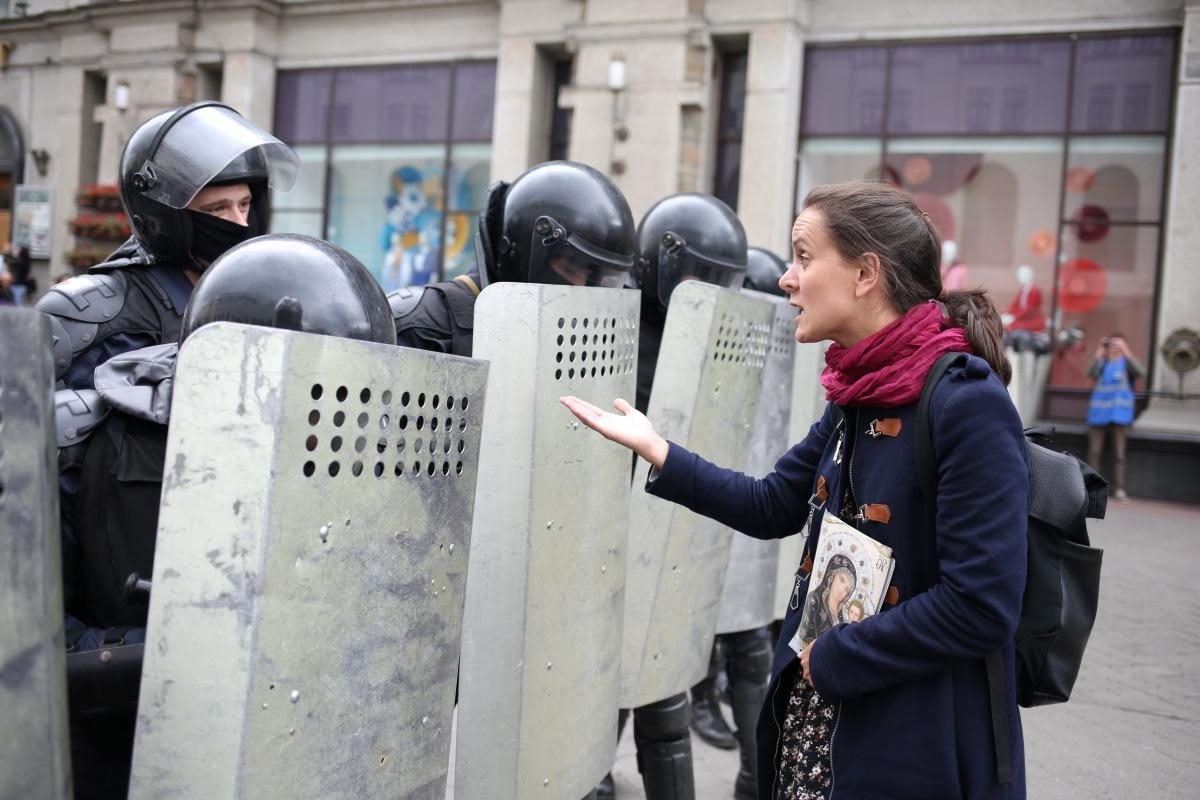 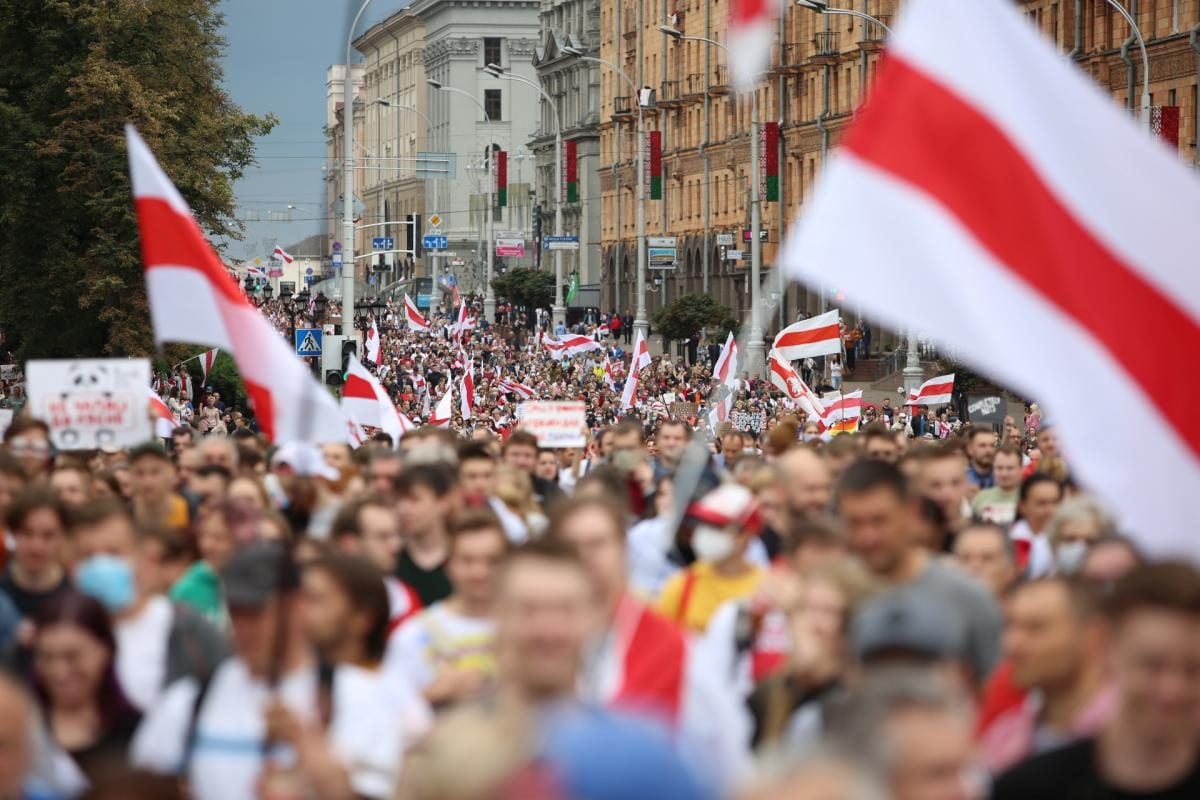 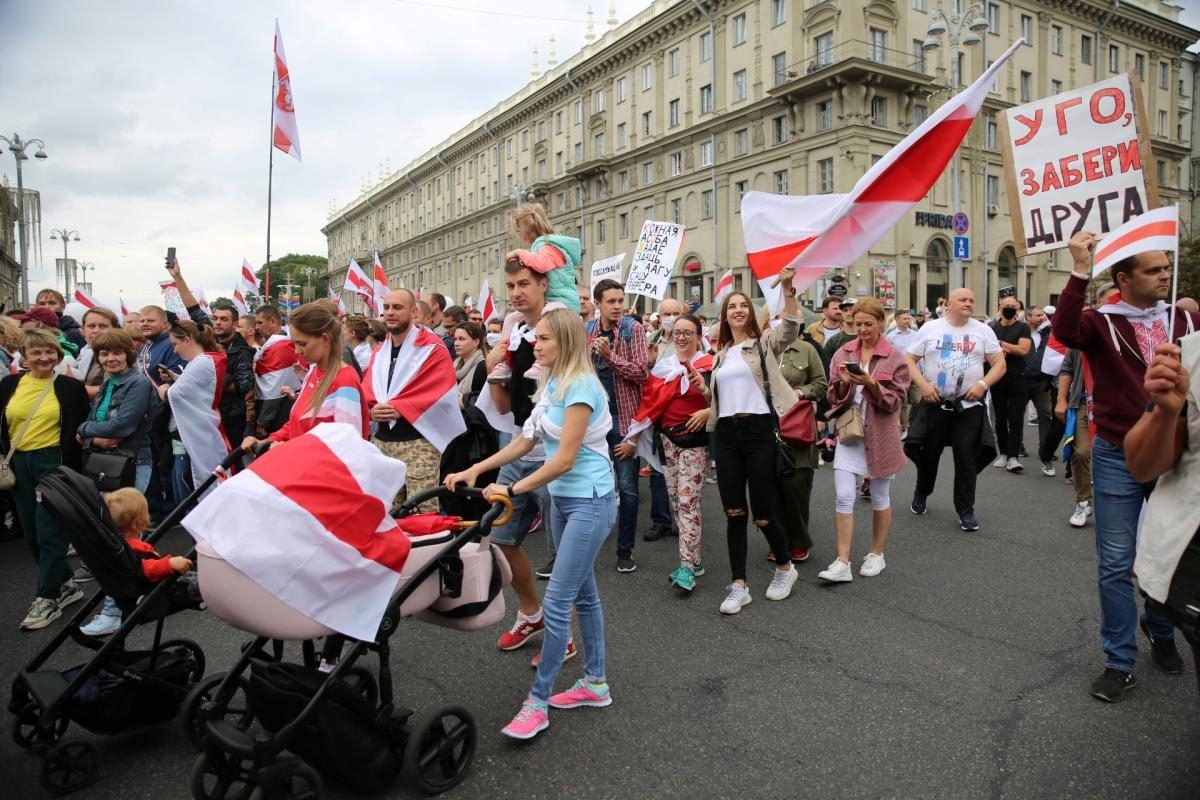 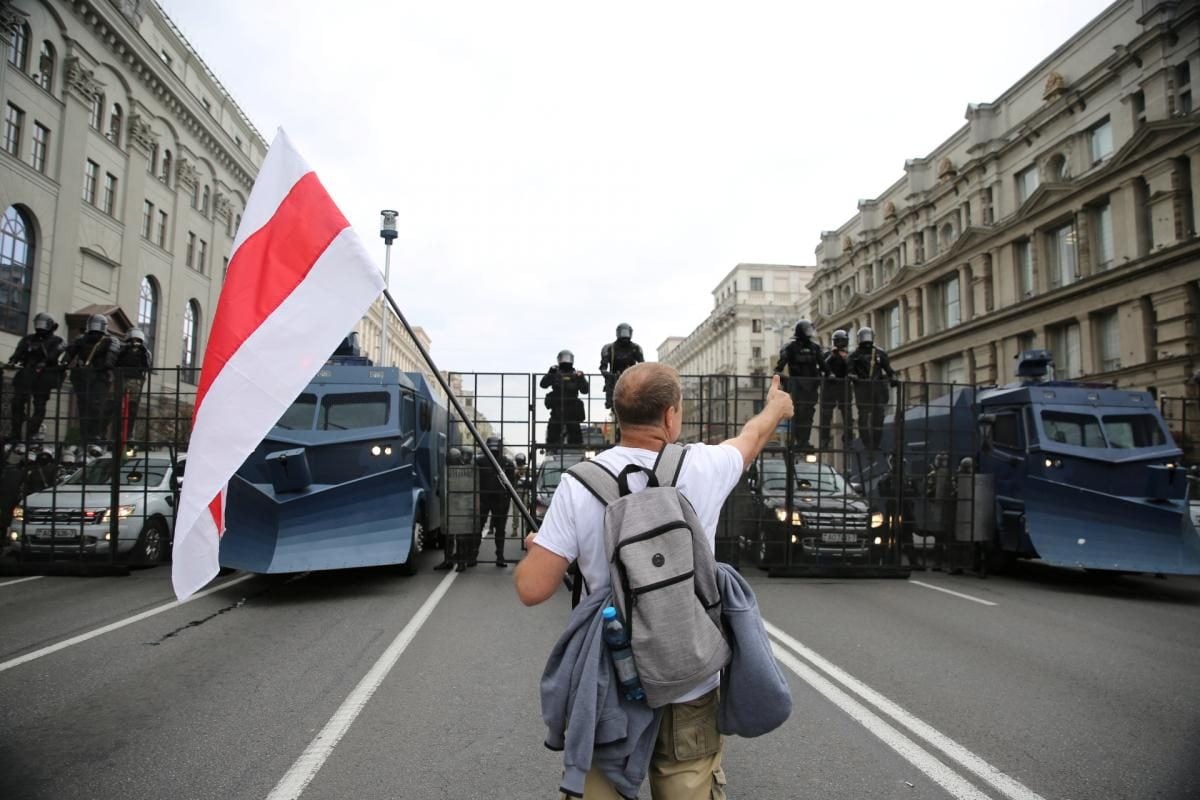 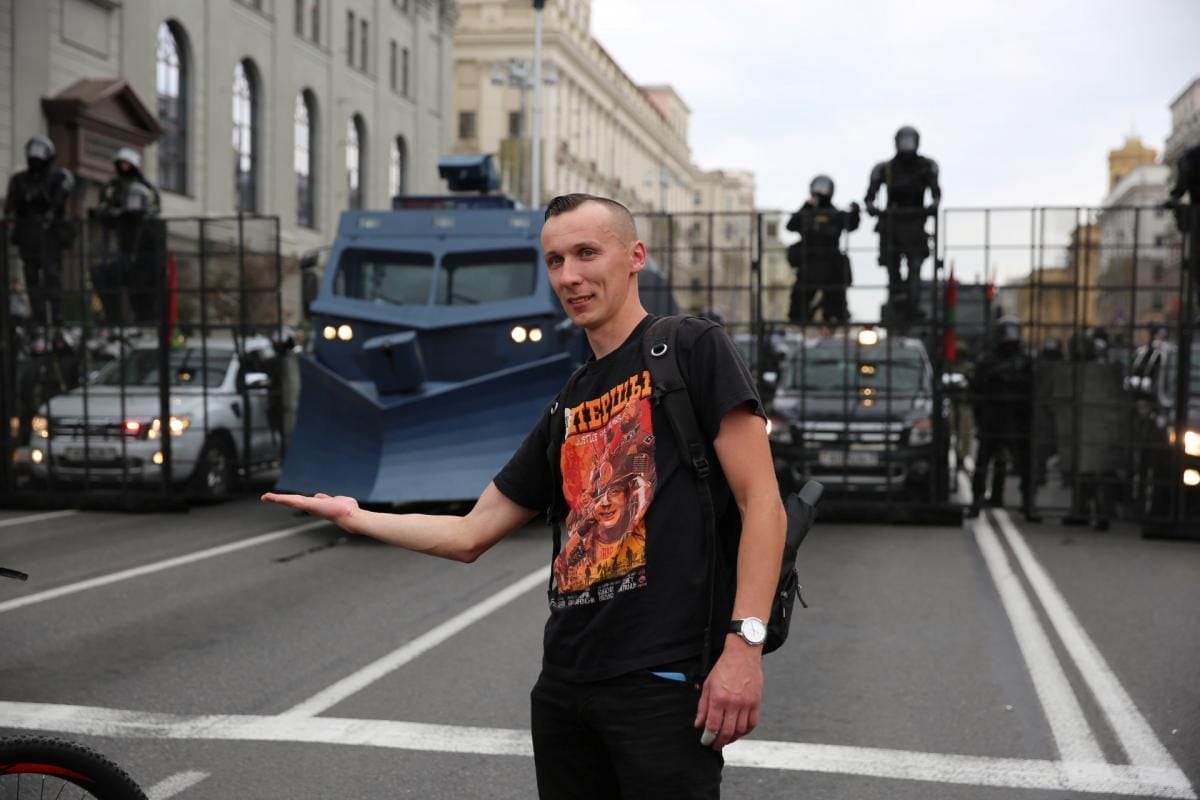 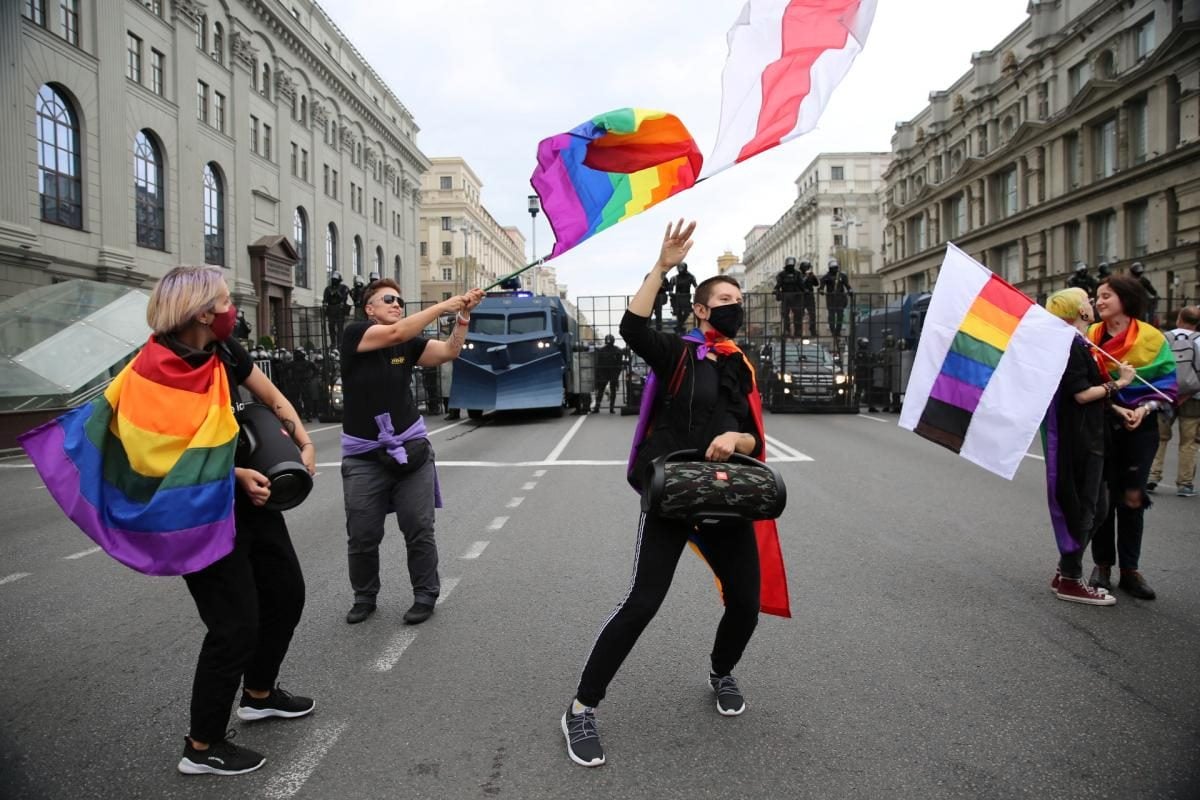 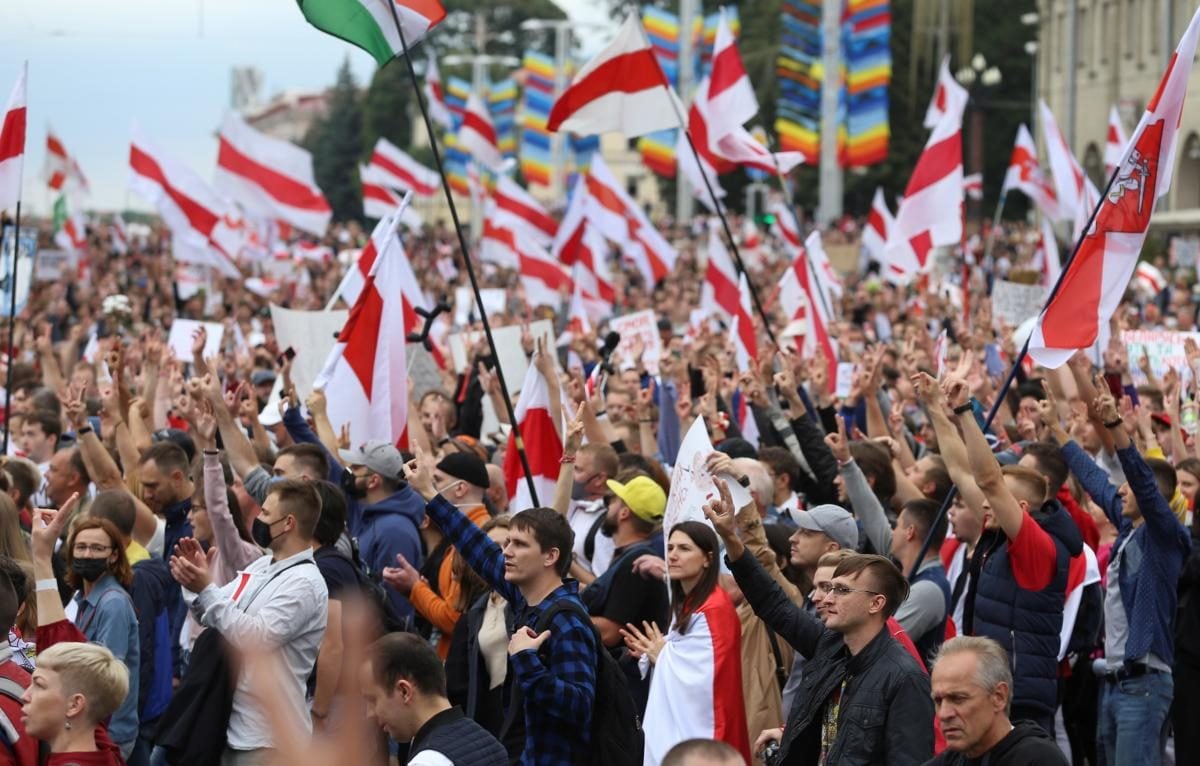 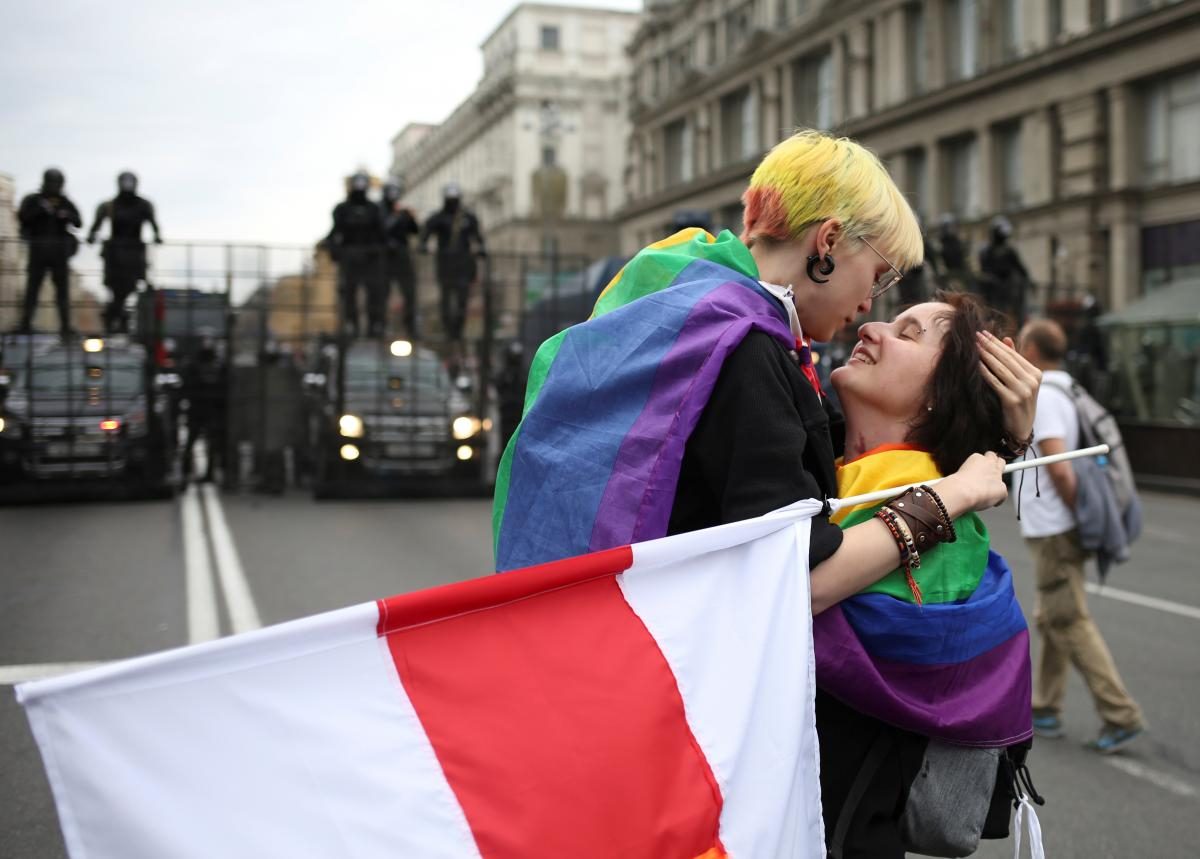 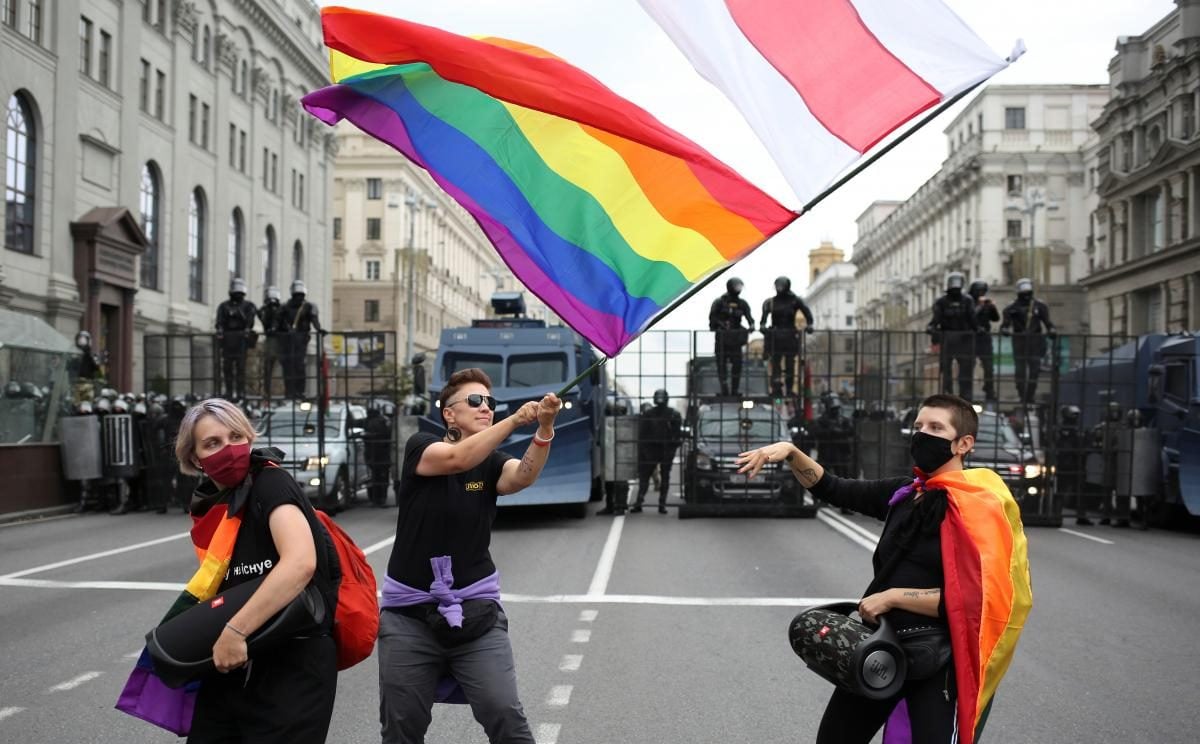 On Sunday, September 6, the March of Unity is being held in the cities of Belarus, the fourth to date, where activists demand a fair presidential election and contest what they believe was a rigged vote count on August 9 that secured a landslide win for incumbent president Alexander Lukashenko.

According to the Baza Telegram channel, thousands took to the streets in Minsk. According to various sources, a total of nearly 100,000 protesters are taking part in today's rally.

"The authorities blocked all approaches to the center," the report says. 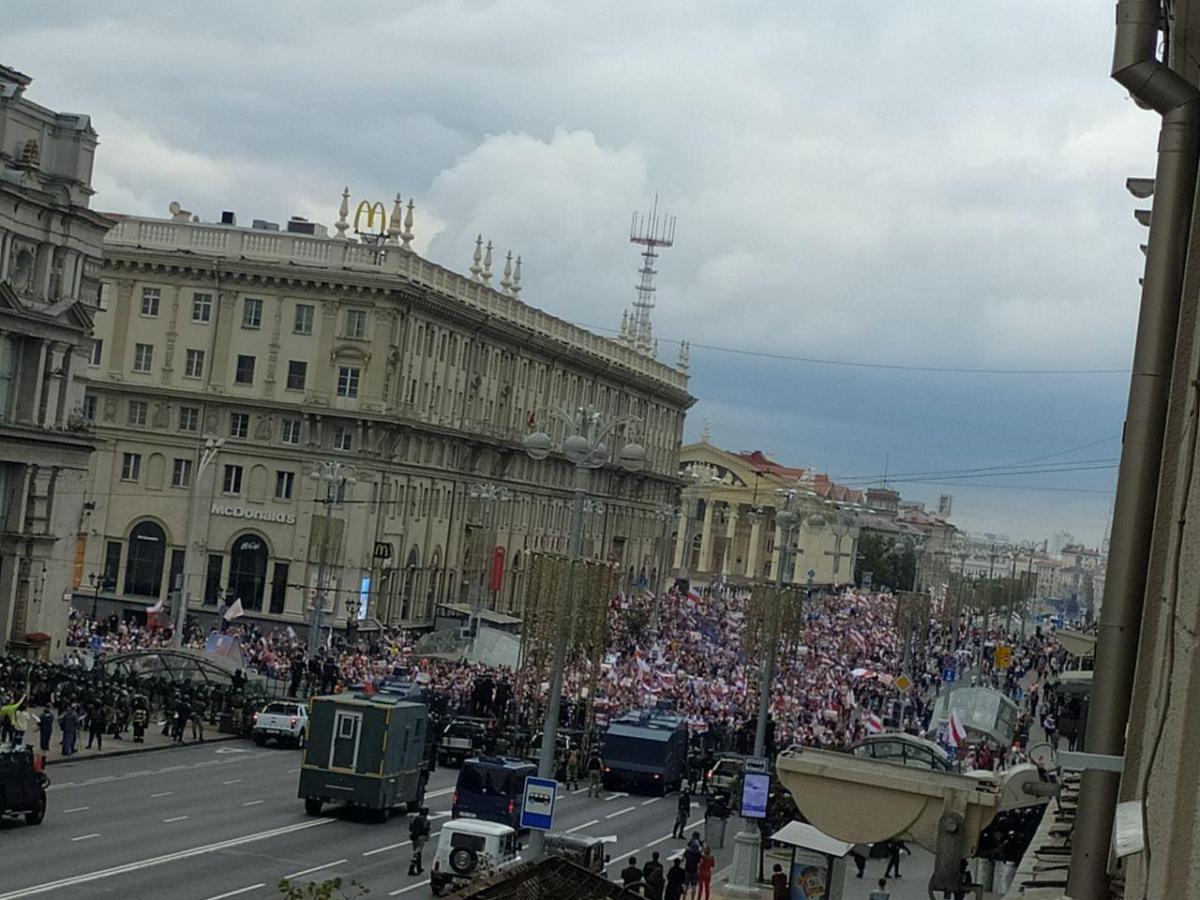 As of 20:15, the human rights center Viasna reported that in the capital alone, 158 detainees had already been confirmed.

Among them are Olga Pavlova, a member of the Coordination Council, Irina Sukhiy, head of the Ecodom company, and Artem Sizintsov, a journalist with Radio Ratsya.

According to the Telegram channel of Radio Liberty's Belarusian Service, several people were detained on Partizansky Avenue in Minsk.

"Several hundred people walked along Partizansky Avenue. In the area of ​​the motorcycle factory, they were stopped by uniformed security carrying riot shields ... At about 14:00, security officers pushed them out onto Chabataru Street. Some were surrendered, while the rest were seen fleeing through backyards. After that, the arrests began," the report says.

Prior to that, Radio Liberty's Belarusian office reported that military hardware was being pulled toward Minsk center while the security forces have cordoned off Oktyabrskaya Square and Independence Square, and the Minsk – Hero City stele was fenced with barbed wire.

The Ministry of Internal Affairs of Belarus announced they would shut down Minsk avenues during the march. Protesters had been warned about measures to prevent "illegal actions."

"The police are on high alert. The number of police and military has been increased for the safety of citizens. Also, special equipment of the police and internal troops was involved. In the daytime, the city's avenues will be closed," the ministry said.

It is reported that police officers will take "all necessary measures to stop the rallies and prevent violations of public order."

In the afternoon, law enforcers, as well as plain-clothed men armed with bats slammed down on protesters in various parts of Minsk, hunting down activists, beating, and detaining them.

"On Pobediteley Avenue, unidentified masked persons armed with bats rushed at the people and started beating them. Including those who fell to the ground. The designated police officers did nothing," Radio Liberty's Belarusian service reports. "About 15 unidentified persons wearing caps and balaklavas, wielding truncheons, broke into the O'Petit cafe at the very beginning of Pobediteley Avenue. Demonstrators were hiding there. Unidentified persons smashed glass doors with truncheons and burst in. They dragged several people outside. None of the designated police officers did anything about it."

Belarus interior ministry's spokesperson said she had no information on who the masked men were, and that the police would look into the incident. 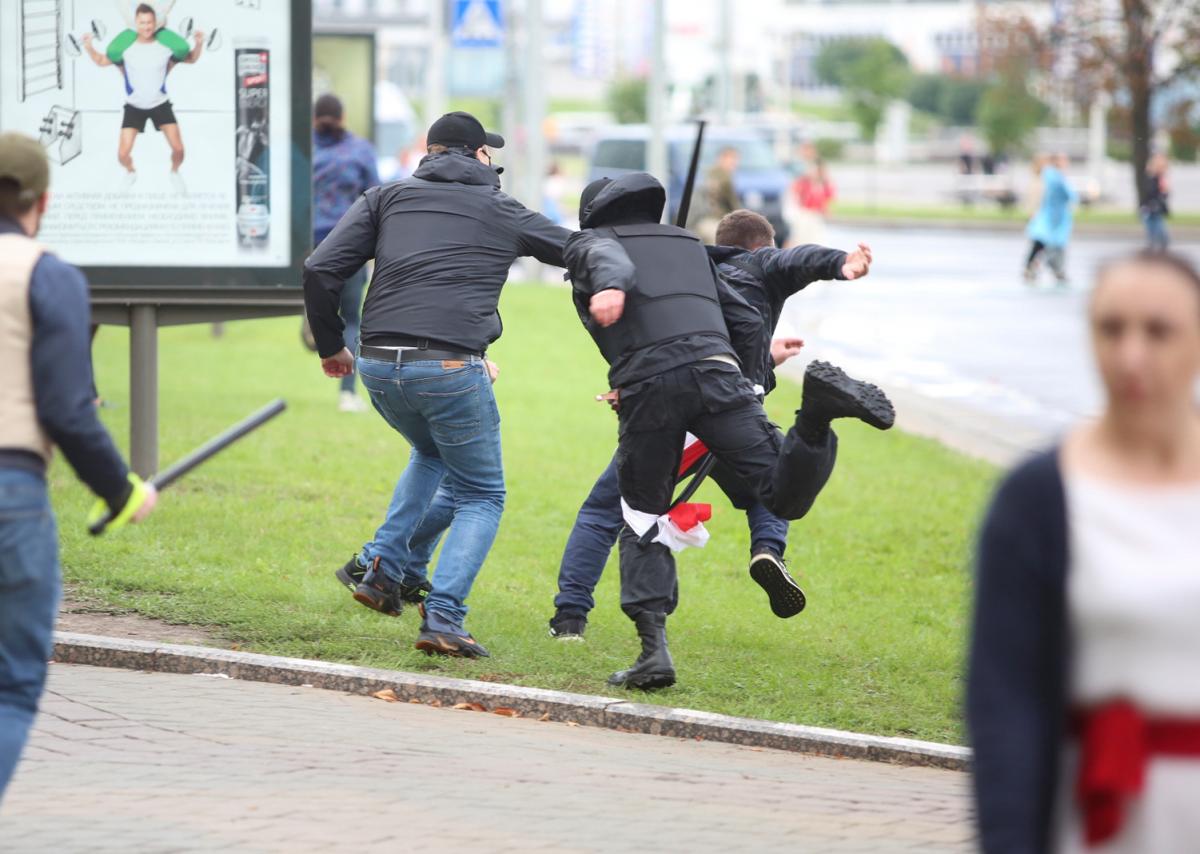 If you see a spelling error on our site, select it and press Ctrl+Enter
Tags:LukashenkoBelarusprotestselectionsMinsk